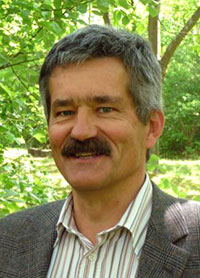 Materials scientists at Friedrich-Alexander-Universität Erlangen-Nürnberg (FAU) were ranked among the best in the world according to the Quantitative Ranking of Engineering Disciplines (QRED) of the École Polytechnique Fédérale de Lausanne which placed FAU at number 10.

This is the first time that the École Polytechnique Fédérale de Lausanne (EPFL) has published its own ranking of top universities for materials science. FAU achieved a position in the top 10 right from the start and was joined by outstanding international universities including Stanford, Berkeley and Cambridge. MIT reached 11th place – closely behind FAU – and EPFL followed in 13th place.

QRED background information EPFL initially intended to conduct an internal benchmark for comparing their performance critically against other universities which were listed most frequently with publications or citations in the Web of Science (Thomson Reuters, formerly known as the ISI Web of Knowledge). EPFL later decided to publish the ranking tables, starting with bioengineering and creating a new ranking for materials science in 2012.

Prof. Dr. Peter Greil, speaker of the Department of Materials Science at FAU, remains modest about the ranking as the position results exclusively from an estimation of the number of publications by professors which was based on information from publicly accessible sources of information. However he is pleased by the recognition from the academic community. ‘We were delighted to be ranked among top universities such as Oxford, the Imperial College, MIT, EPFL and to hold our own in Germany.’ The only other two German universities listed in the ranking were TU Clausthal (24th) and RWTH Aachen (28th).