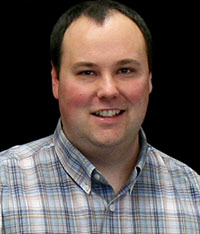 For the third time in a row, Friedrich-Alexander-Universität Erlangen-Nürnberg (FAU) has been granted Germany’s most highly endowed international research award – an impressive track record. FAU’s nominee, quantum optics expert Prof. Dr. Oskar Painter, 40, has been awarded an Alexander von Humboldt Professorship. This award, endowed with funds up to five million euros, will allow Painter to continue his scientific work at FAU and at the Erlangen Max Planck Institute for the Science of Light. Born in Canada, Prof. Painter currently teaches at the California Institute of Technology in Pasadena, USA.

‘Another Humboldt Professorship is an extraordinary honour for our University,’ says Prof. Dr. Karl-Dieter Grüske, President of FAU. ‘It underlines the University’s renown abroad and leads to even more visibility in the international scientific community. I am highly pleased that, in collaboration with the Erlangen Max Planck Institute, we succeeded in winning Prof. Painter for FAU. Not only does this show how attractive our institution is to leading researchers from all over the world, but it will also add momentum to our Major Research Area Optics and Optical Technologies.’

Oskar Painter is a pioneer in the development and physical characterisation of optical nanosystems. His main research focus is the study of quantum mechanical characteristics of mechanical solid state structures and their interaction with light. In his research, Prof. Painter uses the characteristically very low radiation pressure of light to prepare and study mechanical resonators in a quantum state. Applications of this technique include the development of quantum-limited high-precision sensors and the realisation of integrated networks for quantum optical communication. Oskar Painter will work both at FAU’s Physics Department and at the MPI for the Science of Light, intensifying co-operation between the two institutions. At the University he will strengthen the existing research focus on optical sciences, which has also received funding from the German government’s Excellence Initiative.

Prof. Dr. Oskar Painter was born in Canada in 1972. He is currently a professor at the Laboratory of Applied Physics of the California Institute of Technology (Caltech), Pasadena, USA. It was also there that he finished his PhD in 2001 and was appointed assistant professor in 2002 and associate professor in 2008. Since 2011 Prof. Painter has been Co-Director of Caltech’s Kavli Nanoscience Institute. Awards gained so far include the 2005 Caltech Graduate Student Council Mentoring Award.

Prof. Painter has carried out ground-breaking work in the field of quantum optomechanics, in which macroscopic solid state structures can be put into a quantum mechanical ground state for further study. As a co-founder of the Xponent Photonics company and as a member of the Institute of Electronic and Electrical Engineers (IEEE), the Optical Society of America, and the American Physical Society, he has built an international reputation as an outstanding scientist and holds numerous patents.

The Alexander von Humboldt Foundation awards this professorship to internationally leading researchers from all disciplines who are currently working abroad. The aim of Alexander von Humboldt professorships is to enable German universities to bring top researchers to Germany and to offer them a long-term perspective for their work here. The professorships are funded by the Federal Ministry for Education and Research and are endowed with up to five million euros over five years.