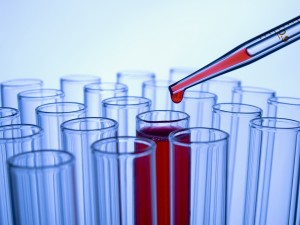 In a unique collaboration between the Department of Obstetrics and Gynaecology of Friedrich-Alexander-Universität Erlangen-Nürnberg (FAU) with researchers from more than 70 institutions worldwide, 49 new genetic risk factors for breast cancer and eight new risk factors for ovarian cancer have been identified. The researchers compared over 200,000 genetic variants from more than 45,000 breast cancer patients, 9,000 ovarian cancer patients and more than 60,000 healthy women.

The newly identified risk factors are distributed throughout the entire genetic constitution, widespread in the German population and indicate risk factor changes of between 3 and 30 percent. This study has more than doubled the number of known genetic factors for both of these common gynaecologic cancers.

The study was initiated and directed by the University of Cambridge while the Karolinska Institute in Stockholm was responsible for administration. Many German scientists were involved in the research for both forms of cancer. The Department of Gynaecology at Hanover Medical School (head of department: Prof. Dr. Peter Hillemanns), the Department of Obstetrics and Gynaecology at Universitätsklinikum Erlangen, FAU (head of department: Prof. Dr. Matthias W. Beckmann), University Cancer Center Hamburg at the University Medical Center Hamburg-Eppendorf (Prof. Dr. Dieter Flesch-Janys) and the Division of Cancer Epidemiology at the German Cancer Research Center (DKFZ) in Heidelberg (Prof. Dr. Jenny Chang-Claude) contributed comprehensive patient samples and data. Prof. Dr. Jenny Chang-Claude from DKFZ and Dr. Thilo Dörk-Bousset from Hanover Medical School were the German members on the steering committee of the international consortium and were pivotal in organising and conducting the entire study.

Prof. Dr. Peter A. Fasching, Professor for Translational Gynaecology and Obstetrics at FAU and leader of the study in Erlangen, explains the significance of the findings, ‘These results can help us to individualise the prevention and early diagnosis of both cancers, especially for women who are genetically higher at risk. They can also serve as a basis for further research in developing preventative medicines.’ Prof. Chang-Claude says, ‘An important objective of this project is to identify women who are at greater risk and to react to certain environmental factors more effectively based on genetic variances.’ Dr. Dörk-Bousset added, ‘Thanks to the sample size of our data, we are confident that the results are reliable and meaningful for cancer research.’

Looking towards the future, Prof. Flesch-Janys remarked, ‘By working together on an international level, we can determine the link between genetic factors with environmental and lifestyle risk factors more precisely.’ Dr. Arif Ekici from the Institute of Human Genetics in Erlangen (head of department: Prof. Dr. André Reis) explains, ‘The project consists of an unusually large and reliable set of data which we can use in the future to develop individual care for patients based on their genetic predispositions.’

The project is named COGS (Collaborative Oncological Gene-environment Study) and in addition to funding from local and national foundations, the European Union also provided funding of 12 million euros through Framework Programme 7. The results of the study will be released in a series of publications in Nature Genetics (four articles), PLOS Genetics and Nature Communications at the same time.