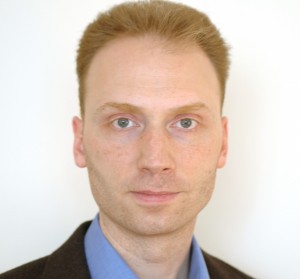 The IPEX syndrome is a rare and cruel disease that affects newborns and infants in particular. The young patients suffer from severe diarrhoea, diabetes, dermatitis, anaemia, pneumonia, and hepatitis, often simultaneously. A defect in the immune system is the cause of this syndrome. A team led by Prof. Dr. Falk Nimmerjahn from FAU’s Division of Genetics has now succeeded in identifying a new therapy method for the autoimmune disease. Their findings were recently published in the renowned journal ‘Proceedings of the National Academy of Sciences’ (PNAS).

The disease affects children who due to a genetic defect lack a certain protein the organism needs to produce regulatory T helper cells. These cells ensure that the immune system doesn’t attack the body’s own tissue. A lack of such cells results in severe inflammations that can destroy tissue in the entire organism. The disease is often fatal if left untreated. One of the few treatments that can cure the IPEX syndrome is a bone marrow transplant; however, this procedure means great stress for the already weakened patients. This is why researchers are looking for new ways to alleviate the disease quickly and effectively.

Biologists led by Erlangen professor Falk Nimmerjahn have now succeeded in identifying a disease mechanism that contributes to inflammation of the liver, kidney, skin and lung. Autoantibodies produced in the B cells – a type of white blood cell – are responsible for the tissue inflammation. When the scientists removed the B cells from the organism medicinally, the inflammations diminished and the survival rate increased significantly. As this therapy is already used in the treatment of numerous other autoimmune diseases, the researchers are now hoping it can quickly be adopted into clinical practice for the treatment of IPEX syndrome. ‘The goal is to get severely afflicted children as healthy as possible before their bone marrow transplants in order to improve the chances of the treatment succeeding,’ Professor Nimmerjahn explains.