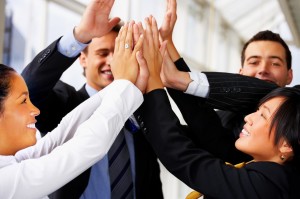 People who approach challenges with a performance-driven attitude release less stress hormones than people who are of a more lackadaisical disposition. This is what researchers at FAU and at Ruhr-Universität Bochum have been able to show in two studies. The results of their research were recently published in the Journal of Research in Personality.

In experiments, the psychologists exposed altogether 170 volunteers to a stressful situation: a dexterity contest in which two test subjects faced off against each other and a simulated job interview. Before and after the experiment, the researchers measured the concentration of the stress hormone cortisol in the test person’s saliva. The result: While the stress hormone levels of the unmotivated test subjects tend to skyrocket during the experiment, the performance-driven maintain a constant low level.

‘A very performance-driven person sees impending challenges as an opportunity to succeed. If someone is not performance-driven, they perceive difficult tasks as a threat – which means that the stress system is activated,’ explains Prof. Dr. Oliver Schultheiss from FAU’s Department of Psychology. ‘We were able to confirm this in our studies.’

‘Performance-driven people tend to set themselves ambitious (but not too easy or too hard) goals, consistently seek feedback regarding their performance and dislike being told by others which goals to pursue and how,’ says the psychologist. ‘The performance-driven are often successful as entrepreneurs and innovators. Earlier research results show that the long-term foundation for the performance motive can be found in experiences of mastery in the early infantile stage, i.e. during the phase in which children learn to independently fulfil age-appropriate demands.

However, Schultheiss points out: ‘The performance motive that we measured has very little to do with the image someone has of themselves or that could be assessed in a questionnaire. We measure it indirectly, as typical patterns in spontaneous scenarios, and that allows us to better reach the actual levers that influence physiological processes.’

The team’s research was supported by the German Research Foundation and the National Institutes of Health (USA).