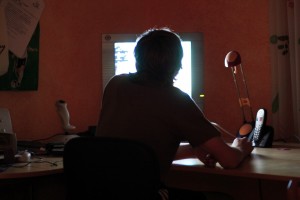 About 10 percent of German teenagers play more than 4.5 hours of video games a day and almost two percent of them fit the profile of addiction. Researchers from Friedrich-Alexander-Universität Erlangen-Nürnberg (FAU) and the Criminological Research Institute of Lower Saxony in Hanover have now discovered a new risk factor for video game addiction: they were able to show that high prenatal testosterone levels increase the risk of addiction later in life. The researchers are now working to develop a method for preventing and predicting the disorder.

In the US, doctors have been able to diagnose patients with internet gaming disorder since May 2013. As there are only relatively few studies on the subject, the disorder has not yet been included in the World Health Organisation diagnostic system used throughout Europe. The phenomenon should be taken seriously in Europe too, though.

That is why two research groups led by Prof. Dr. Johannes Kornhuber (Department of Psychiatry and Psychotherapy at Universitätsklinikum Erlangen) and PD Dr. Thomas Mößle (Criminological Research Institute of Lower Saxony in Hanover) have examined a possible risk factor for video game addiction – and in doing so relied on insights from previous studies into alcoholic patients. In these studies, it was found that patients had a smaller ratio of index finger length and ring finger length – 2D:4D in medical jargon – than healthy participants, which is a known indicator of elevated prenatal testosterone levels. Due to their own testosterone production, males are exposed to higher prenatal testosterone levels and thus have smaller 2D:4D ratios than females.

Men have smaller 2D:4D ratios due to their higher prenatal exposure to testosterone. The 2D:4D ratio is thought to be related to other disorders such as alcoholism, autism or attention deficit hyperactivity disorder (ADHD), which are seen as typically ‘masculine’ phenomena. More men than women are affected by video game addiction.

‘Of course many other biological, social and psychological factors play a role in deciding whether someone develops a dependency or not,’ explains Prof. Dr. Johannes Kornhuber, the head of the FAU research group. ‘That is why further studies are needed to determine how suitable 2D:4D ratio is for risk assessment.’

The researchers’ results were recently published in the renowned journal PLoS ONE: