Friedrich-Alexander-Universität Erlangen-Nürnberg has an excellent international reputation. This is reflected in the large number of renowned international researchers who choose FAU as their host university in order to work with FAU researchers as part of a fellowship from the Alexander von Humboldt Foundation.

In May 2016, Dr. Nicolas Cullen from New Zealand joined the team led by climatologist Prof. Dr. Thomas Mölg for his one-year fellowship. Dr. Cullen’s work involves various aspects of meteorology and climatology, focusing on the interaction between the atmosphere and ice and snow at high altitudes. This makes him the perfect addition to Professor Mölg’s group, whose new research project is looking at how glacial regions are affected by the El Niño Southern Oscillation (ENSO) – a natural mechanism that determines the interaction between the atmosphere and the ocean in the Pacific region and has effects that reach across the globe. The researchers aim to create a model that is able to calculate the effects of ENSO on glaciers and mountains in different climate zones, factoring in large-scale climate dynamics. Dr. Cullen is contributing important data from the Southern Hemisphere gathered in the Southern Alps in New Zealand to the project. This will allow the researchers to compare the effects of ENSO on the Northern and Southern hemispheres. 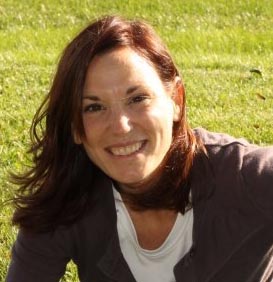 American Prof. Dr. Lisa Gabel will conduct a clinical study on dyslexia during her stay at FAU. (image: private)

Prof. Dr. Lisa Gabel, a neuroscientist from Lafayette College in Pennsylvania (USA), will conduct a clinical study on dyslexia focusing on children whose native language is German under the supervision of Prof. Dr. Gunter Moll. In research that she conducted previously in the USA Professor Gabel identified a link between children’s reading abilities, a specific gene and how visuospatial information is processed, and discovered that children with a lower reading performance also performed considerably worse in computer-based tasks that involved solving a labyrinth. The intriguing question that Lisa Gabel aims to investigate during her stay in Germany is whether the same links that apply to English – an opaque language in which letters can correspond to more than one phoneme – also apply to a transparent language like German in which each letter corresponds to one phoneme.

Prof. Dr. Lisa Gabel has been working at the Department of Psychology and involved in the Program in Neuroscience at Lafayette College since 2006. She completed her PhD in physiology and neurobiology at the University of Connecticut and conducted her postdoctoral research at Brown University and the University of Pennsylvania. Professor Gabel will spend the next one-and-a-half years conducting research at the Department of Child and Adolescent Mental Health at Universitätsklinikum Erlangen as part of a Humboldt fellowship.