Through my volunteer work, I can show others the beauty of our universe

Through my volunteer work, I can show others the beauty of our universe

Many students at Friedrich-Alexander-Universität Erlangen-Nürnberg (FAU) do volunteer work in their spare time – as ambulance drivers, for the city council or for various associations. Our ‘Students get involved’ series looks at such students from completely different degree programmes; this time, we feature Jan-Nico Zäch, a second-semester Master’s student in Advanced Signal Processing and Communications Engineering (ASC) at FAU who is involved in astronomy lecture sessions at the Regiomontanus observatory in Nuremberg.

How I got into my volunteer job

The starting point was a project paper on ‘Stellar spectroscopy’ that I wrote just before I left school. I received support from the Nuremberg observatory and became a member of the Nuremberg Astronomical Society (NAA). Astronomy was an interest of mine even before then. I have my own telescope, but I also use the one at the observatory.

I have two main responsibilities. The first is working with the public. Every six weeks, on Fridays and Saturdays, I give lectures on astronomy, working in collaboration with a team of about four to five members of the society. This involves telling visitors about the night sky, the constellations and related aspects of astrophysics. The number of visitors can vary between about 20 and 100 each evening; ages differ widely, as do their various backgrounds. Sometimes parents visit with their children but they all share a common interest in astronomy. Each session lasts about 90 minutes to three hours. I am also involved in administration as a member of the society committee. There are many advantages to being involved in the committee; I learn what is going on in the society and can also play a role in its development. 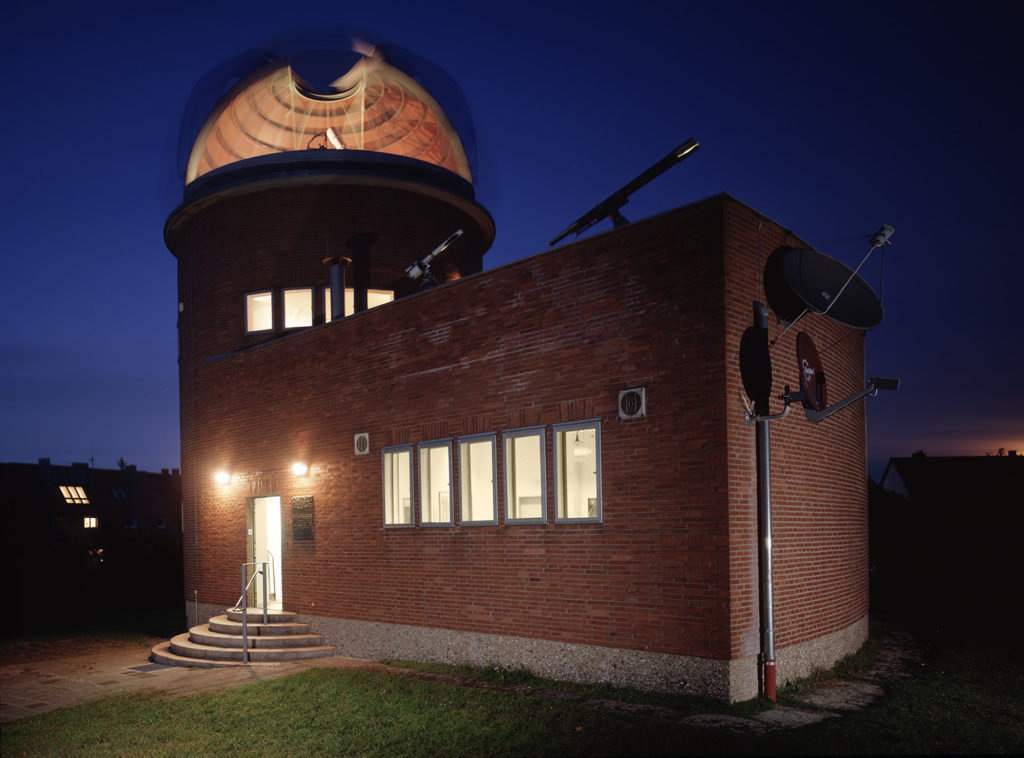 Visitors have the opportunity to stargaze from the Regiomontanus observatory in Nuremberg. (Image: NAA/Hoffmann)

What’s special about my volunteer work

This would be the visitors to the observatory, because it can be quite challenging to deal with relatively large groups. But I do enjoy giving casual presentations to larger groups. People usually never have anything to do with astronomy on a day-to-day basis because it is outside the scope of their everyday lives. I tell visitors about the origin of the seasons, the stars, the moon and solar eclipses.

If I hadn’t become involved in astronomy at the observatory, I would not have written my Bachelor’s thesis

Without astronomy at the observatory, I would not have written my Bachelor’s thesis. Because it was apparent that I was interested in astronomy, the whole thing ended up coming together in my Bachelor’s thesis; at the time I was involved in the development of the Square Kilometre Array (SKA), a radio telescope that will eventually have a collecting area of one square kilometre, and in this connection I spent six months in New Zealand.

Are any other students involved?

Yes, there are several others who are involved in the society; some from FAU, some from other universities in Germany and there is even a former student with a doctorate in Physics.

It was on one of the ‘Long Night of Science’ evenings. The observatory was open and it was very busy, so that I had to give several presentations instead of just one and to a packed auditorium. The audience was very interested and the feedback was positive. What motivates me to keep doing this volunteer job is that I keep meeting new people from different backgrounds and with different outlooks with whom I can share my own views.

Will I continue to volunteer in the future?

Yes, as I really enjoy the work. At present, it doesn’t matter to me whether the work is compatible with my work towards my degree or not and I think I would do it anyway. Through my volunteer work, I can enable others to see the beauty of our universe.