How digital humanities can open new horizons – and why a critical approach should be taken to technological developments.

Imagine wearing cyber glasses which show you the town as it was one hundred years ago: trams are already running, and although one or two cars may drive past, horse-drawn carriages are definitely the more common means of transport. Ladies and men wear hats, and while there are shops, their window displays are not nearly as large and well lit as those we are used to today. You’re curious to find out more, and ask for information to be displayed about the size of an average family at that time, which political party the mayor belonged to and whether Berlin Road had another name at that time.

It sounds quite a visionary concept. Some people, however, are already working on making this vision a reality, for example at IZdigital, the Interdisciplinary Center for Digital Humanities and Social Sciences at FAU. At the Centre, researchers from the Faculty of Humanities, Social Sciences, and Theology pool their resources and expertise with computer scientists to approach the topic of digitalisation from various perspectives, exploring the consequences increasing digitalisation has on each individual and on society as a whole. Their second key research priority is digital humanities, where new methods are used to research topics from the fields of the humanities and social sciences.

Prof. Dr. Peter Bell, art historian at FAU and member of the board at IZdigital, gives an idea of how these approaches could work: ‘Assuming we were able to use modern software to search for specific patterns in millions of paintings, we would be able to track the progress of motives throughout various cultures and eras on a previously unheard of scale,’ he explains. ‘By comparing massive quantities of image content and painting styles, works could also be assigned to particular artists or regions.’ A similar approach can be taken to texts. Can descriptions of events be linked to a particular context? Which wording was used in which historical contexts? Does the style of writing indicate a certain author?

One of the most ambitious digital humanities projects in Europe, the Time Machine Project, aims to interlink a plethora of historical sources. Research institutes and companies from 33 EU countries have come together to create a digital archive of 2000 years of European history. ‘Our aim is to digitalise, as far as possible, all documents, pictures, sculptures, archaeological finds and artefacts,’ explains Prof. Dr. Andreas Maier from the Pattern Recognition Lab, who is a member of the steering committee of the Time Machine project. For this to be done effectively, all libraries, museums and collections have to be won over for the project and new standards and technology for digitalisation have to be developed.

Pictures from a long gone age

That is just the beginning, however: connections between objects, documents and people have to be found, interpreted and at times reconstructed. ‘Brand new IT tools are needed if we are to process heterogeneous and unstructured data, capable for example of linking standard artificial intelligence to deep learning,’ explains Andreas Maier. ‘Evaluation by scientists is, however, also a crucial factor, for example in order to avoid spurious correlations.’ It is hoped that one day we will be able to observe our surroundings using smart glasses to see what they looked like 100, 200 or even 2000 years ago.

At FAU alone, more than 30 scientists are involved in the Time Machine project. The project has made it to the second round of the research initiative known as the FET Flagship, which is provided with one billion euros in funding from the EU for a period of ten years. ‘The decision will be an indicator of how seriously the new subject of digital humanities is taken in Europe,’ according to Peter Bell.

FAU is getting geared up to cope with the demand: since the end of 2016, students have been able to study the two-subject Bachelor’s degree programme in ‘Digital Humanities and Social Sciences’. As of the winter semester 2019/20, it will also be possible for students to continue their studies in a Master’s degree programme. Several research projects are working on developing a methodological basis for the main project, and a local Time Machine is planned for Nuremberg, irrespective of whether FET funding is awarded or not.

Historical manuscripts and old books can now be read without you even having to open them thanks to 3D computer tomography.
This diagram shows how: (a) The (test) book consists of 56 pages of handmade paper
with a buffalo leather cover. Diagram of how book is placed within the scanner,
with the book cover vertical to the rotation axis z. While the table turns, a series of
projection images is taken, which are then used to calculate a 3D image.
(c) X-ray diagram showing
how well various inks are depicted. Inks containing metal are clearly visible. It is shown
that the lower the x-ray energy, the better the legibility. (Image: Scientific Reports 8, 15335 (2018))

How is knowledge created?

Technology and the humanities overlap in another context at FAU as well: the Center for Applied Philosophy of Science and Key Qualifications, ZiWiS for short, focusses on how knowledge is created and advocates taking a critical approach to knowledge. Researchers at the centre investigate, for example, how science changes as a result of competition and economic pressures, the opportunities and constraints of interdisciplinary research, or how the increased digital availability of information is transforming scientific and academic research. Research is currently being conducted into how innovative software can be used to support or even entirely automate work processes in the legal field. Business information systems, medical informatics and bioinformatics all work with similar concepts. However, how should results be evaluated? Which ethical problems could arise? Who is liable for any errors? 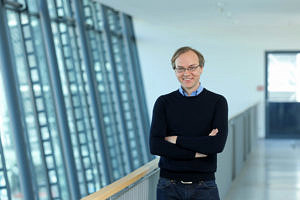 At ZiWiS, Dr. Sebastian Schuol investigates
the influence various
stakeholders and groups of stakeholders have on
science. (Image: FAU/Kurt Fuchs)

Questions such as these are just a small selection of the many questions considered at ZiWiS by scientists and academics from all faculties. Another example is the influence exerted by various stakeholders and factors on the production, transformation and regulation of knowledge. ‘This reaches right down to the level of which words are chosen’, explains Dr. Sebastian Schuol, research associate at ZiWiS. ‘The agricultural industry, for example, has a clear interest in not having to declare CRISPR/Cas, an innovative technology used to cut DNA precisely, as genetic engineering. Only recently, the European Court of Justice prevented large-scale cultivation of genetically engineered plants becoming possible in the EU due to a ‘linguistic loophole’. Schuol is also interested in regulations scientists impose on themselves, such as the agreement not to use CRISPR/Cas to edit the human genome at the current time. ‘Once new technology has reached a stage that its consequences would affect all people in the long term, then scientists have to justify why they have chosen to impose internal regulations on themselves,’ he says. ZiWiS therefore also offers a platform for involving the public in dialogue with scientists through lectures, podium discussions and the like. 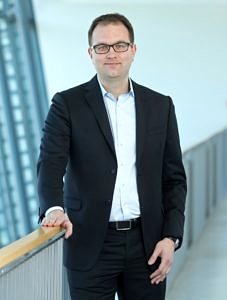 When producing knowledge, it is important not only to consider ethical standards, acceptance in society and economic use, but also how knowledge processes can be explained and promoted. One of the topics researched by Dr. Michael Jungert, director of ZiWiS, is interdisciplinary working: ‘Interdisciplinarity has become a buzzword and is included in nearly all project applications,’ he says. ‘But what is the theory behind it? Are there any differences in content between concepts classed as multidisciplinary, interdisciplinary or transdisciplinary? First, we have to find a shared language, which can be used as the basis for successful interdisciplinary projects.’ With an aim to encouraging this, ZiWiS has launched a new series of talks where scientists and scholars from various disciplines present the fundamentals of their subjects and invite dialogue. Encouraging a culture of collaboration across the various disciplines is one of the Institute’s main priorities. Staff at ZiWiS identify areas which overlap at FAU and create platforms for interdisciplinary dialogue on central research topics such as big data or dementia. Students at FAU also benefit from the interdisciplinary focus of ZiWiS. The Orientation Programme (GOS) covers topics such as personal skills, learning and preparing for exams and academic working and writing. Key qualifications offer students from all faculties the option to acquire practical skills for their later career and explore ethical and philosophical issues with respect to science and research.

This text was first published in our magazine alexander. Further topics in the issue: self-repairing predators’ teeth and cephalopods, a unique degree programme, a robot factory and an alumni reunion in Canada.