Three months at the University of California in Berkeley

Three months at the University of California in Berkeley

FAU and the University of California in Berkeley strengthen their collaboration

In a memorandum, Prof. Dr. Joachim Hornegger, FAU President, and Carol T. Christ, Chancellor of UCB, confirmed that the two institutions will be expanding their collaboration. The collaboration is enabling two doctoral candidates from FAU to spend three months researching at UCB. In return, two doctoral candidates from UCB will be visiting FAU. ‘Another aim of this collaboration is to allow lecturers from both universities to spend time researching and teaching at the other institution’, adds Prof. Dr. Lutz Edzard, Vice Dean for Internationalisation at the Faculty of Humanities, Social Sciences, and the School of Theology and Chair of Arabic Studies and Semitic Studies at FAU. He recently went on an official visit to Berkeley with the initiator of the collaboration, Prof. Dr. Mechthild Habermann, Chair of German Linguistics at FAU. During the visit, Prof. Habermann and Prof. Edzard clarified the final details of the collaboration with Prof. Jeroen Dewulf PhD, Director of the Institute of European Studies at UCB, and were informed about preferred fields of research in Berkeley.

Research is not the only aspect of the exchange, however. It will also give doctoral candidates the opportunity to get to know the teaching culture of the partner university. In addition, long-term academic cooperation and specific projects involving doctoral candidates and researchers at the institutional and departmental level in particular are also part of the objectives of the collaboration. What do doctoral candidates hope to gain from this exchange? Why are they taking part in the scholarship programme? 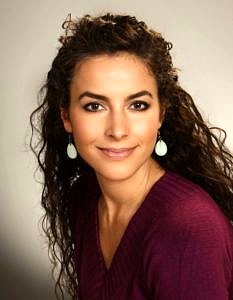 Gizem Isik is a doctoral candidate at the Chair of Arabic Studies and Semitic Studies (Image: Foto van Bosch)

Gizem Isik is one of the two researchers who will be travelling to Berkeley in autumn 2019. She is a doctoral candidate at the Chair of Arabic Studies and Semitic Studies and is conducting research into cognitive linguistics. She is currently working on her doctoral thesis with the title ‘An Etymological Study of Semitic Cognates. The Cognitive Processes in Semantic Change’, which is being supervised by Prof. Edzard. ‘This means I am investigating the change in meaning of common roots in Semitic languages, which include Arabic and Hebrew, and illustrating this change in meaning by means of concepts in human perception’, explains Gizem Isik. Her stay in Berkeley is particularly significant to her: ‘Some of the professors who aroused my interest in cognitive linguistics and provided me with inspiration for my doctoral thesis still work at UCB. I will be supervised by Prof. Eve Sweetser, whose research is an important source for my own work.’ In addition, UCB has an excellent reputation in the field of linguistics and cognitive sciences. Above all, Gizem Isik hopes to gather more ideas during her time at Berkeley. ‘As I am taking an interdisciplinary approach in my thesis by combining conventional philological methods with those associated with cognitive linguistics, I am very much looking forward to the interdisciplinary approach to research at Berkeley.’ 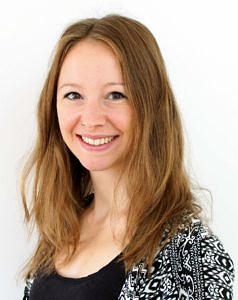 Miriam Pechtl is a doctoral candidate at the Chair of Romance Language Philology (Image: Florian Zapf)

Miriam Pechtl will also be visiting Berkeley in autumn 2019. She is a doctoral candidate at the Chair of Romance Language Philology at FAU, and is researching the interaction between language and perception in the field of gender-inclusive language use. ‘Efforts are being made in several countries to introduce this type of language use, and the avoidance of the so-called generic masculine, in particular. However, these efforts often trigger controversial and ideological debates. In my thesis, I am trying to find empirical evidence that helps to create a scientific basis for the arguments that often come up in these debates.’ The academic expertise in cognitive linguistics in Berkeley is also the main reason Miriam Pechtl would like to visit the university. Another important aspect for her is the personal supervision provided by a tutor during the cooperation programme. ‘This is a great advantage in terms of networking with other linguists at UCB’, explains Miriam Pechtl. She is also looking forward to living and researching on the campus in California, which will certainly be very different from life at FAU. But how did this collaboration come about?

It all began in Brazil

The cooperation began in December 2017 when Prof. Habermann visited Brazil as part of the German Institutional Partnership (GIP) funded by the DAAD. A partnership with the German department at the Universidade Federal do Rio Grande do Sul (UFRGS) in Porto Alegre and with the involvement of the German department of Universidade Federal de Pelotas (UFPel) was set up in 2013. Prof. Jeroen Dewulf was also there. ‘Alongside the two main conferences at both universities, Brazilian students and doctoral candidates talked about their experiences at FAU as part of the GIP programme. Prof. Dewulf was able to get an idea of how professional and effective the supervision of Brazilian students and doctoral candidates and researchers is’, explains Prof. Habermann. These discussions convinced Prof. Dewulf to suggest a collaboration between his university and FAU and that is how an active partnership between the two institutions began.