The Interdisciplinary Centre Gender – Difference – Diversity at FAU carries out research into the diversity of images people have of themselves and others.

Dwarves and giants, bearded ladies, mermaids, cannibals from the depths of Africa and bloodthirsty Indians from the Wild West: in the 19th century the circus brought the world to the people. People came to marvel at savages and freaks, motivated by curiosity, seeking a thrill or eager for reassurance of their own self-image, to have their perception of normal and abnormal confirmed.

‘Circuses, human zoos, freak shows: they all promoted stereotypes. They displayed people like exhibits in a zoo, allegedly showing them in their natural habitat.’ As part of the FAU project ‘Diversität historisch’ (Diversity throughout history), Moritz Florin from the Chair of Eastern European History has investigated how society dealt with race, gender or disabilities in the circus of the 19th century. He believes circus proprietors ‘banked on the audience’s fascination with the unknown and simply followed the logic of the market at that time.’

‘The way we understand diversity today is only one of many,’ says Natalie Krentz from the Chair of Early Modern History. Like Florin, the historian belongs to a working group which has now been incorporated into the Interdisciplinary Centre Gender – Difference – Diversity (IZ GDD). She says: ‘Other historical eras developed their own criteria for classifying people, aimed at including or excluding them from particular groups. Within the context of our project, it was fascinating to observe the fluctuation of categories used to differentiate between people and track which social conditions led to new categories being created, flourishing and ultimately disappearing again.

The collection of articles titled ‘Diversität historisch’ (Diversity throughout history) which has resulted from the project clearly shows the flux of these differentiation categories.’ In the articles, scholars of German language and literature, Romance languages and literature, Eastern European history and sociology explore the diversity of human existence, and how it has been perceived and evaluated in Europe, the Russian Empire or the Islamic world since the early modern period.

The book project is only one of many activities of the Interdisciplinary Centre Gender – Difference – Diversity (IZ GDD) at FAU, founded in 2017. The currently 45 members believe one of their most significant tasks is to consolidate gender and diversity research at the University, and increase visibility of the topic. They have been successful: in 2018, the Centre was awarded the Wittern-Sterzel prize for equality.

As well as conferences and workshops, the Centre has already organised two successful series of lectures. These focused on issues relating to gender and sexual orientation, and included lectures by renowned external scholars. ‘It is important for us that the lectures can be accredited as key qualifications for our students,’ explains the speaker of the Centre, Prof. Dr. Annette Keilhauer. ‘In the long term, we hope to offer a range of interdisciplinary courses. We would also like to offer a module for teaching degree programmes, as teachers must be able to reflect on gender and other distinguishing characteristics in order to avoid discrimination when dealing with pupils and parents. Studies have proven that the lack of women studying STEM subjects is due to some extent to issues such as these.’ 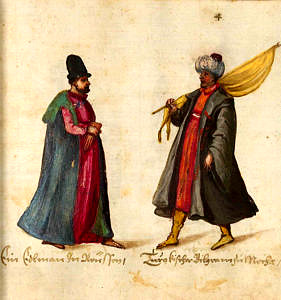 Nevertheless, the work of the Centre is primarily academic, not political in nature. The fact that the Centre’s speaker is also a women’s representative at FAU is coincidental, emphasises Annette Keilhauer. ‘We in the Centre believe that our task is to analyse society and create knowledge.’ She agrees that this knowledge could well form the basis of political work, however, as differentiation often leads to hierarchisation. ‘For example, scientific studies on gender bias have proven that both sexes, albeit subconsciously, perceive men differently and assess them more positively than women in certain situations. In a lecture held on gender bias in appointment procedures, we realised that the fact the arguments are based on scientific facts is a crucial factor, and we received a lot of positive feedback as a result.’

Whilst gender and sexual orientation are currently particularly popular and topical issues, and the foundation on which many people base the image they have of themselves and other people, the Centre deliberately sets store by the diversity of the fields of research it covers and intends to investigate categories such as religion, social and economic position or age in more detail. Analysing the interaction of these different categories is a challenging field of research, as gender can, for example, have a considerable influence on social and generational differences.

This text was first published in our magazine alexander. In Issue 110 (German), we are taking a look at 100 years of the School of Business, Economics, and Society, looking through bones and images of the self and others. In addition, we’re discussing funding and support for teaching, oil ‘magnets’ and life-threatening superstitions.