Do we know what we are doing?

Do we know what we are doing?

Why we behave the way we do

Our subconscious motivates us to act in certain ways; bonds formed as a young child influence our behaviour even in adulthood. Why we behave the way we do.

At the end of the 19th century, the Scottish author Robert Louis Stevenson created arguably the most famous split personality in world literature: Dr Jekyll and Mr Hyde. In the novel The Strange Case of Dr Jekyll and Mr Hyde, the successful, well-respected and virtuous doctor Dr Henry Jekyll transforms into the menacing, volatile and untamed Edward Hyde, who at the end even commits murder. Hyde gives Jekyll a valve which allows him to break free of his self-imposed constraints and let his forbidden impulses run rampage. Stevenson’s scrutiny of the murky depths of the human soul and notions of upper and middle class morals is often considered a forerunner of psychoanalysis as propagated by Sigmund Freud. Freud also considered the subconscious a rather negative, threatening force, steered by our intrinsic drives and instincts.

Is the unconscious, the hidden, something bad or evil per se which we permanently have to keep in check? More recent psychological research paints a much less sinister picture: our subconscious filters complexity in the world around us and allows us to take the right decisions when speed is of the essence. Stereotypes make our day to day life easier by reducing the amount of data we have to process, for example in situations where we have to decide in a matter of seconds whether a stranger poses a threat to us or not. Studies have shown that our gut feeling, our intuition, may be superior to analytical thinking, especially if we don’t have much information to go on or are under time pressure. In addition, our brains simply couldn’t cope if we were to subject every routine action to conscious control. 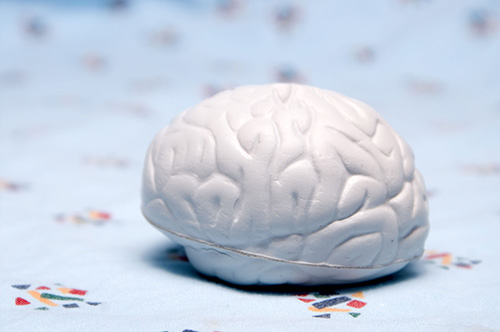 Our brains wouldn’t be able to cope if we were to subject every routine action to conscious control. (Image: Colourbox)

Our unconscious is intrinsic to our survival

The essence of being human, however, the essential difference between us and the animals, is our consciousness, the ability to consciously steer our behaviour. Language, which we can use to communicate with others, has a crucial role to play. We need language if we wish to express conventions and values, or formulate goals and objectives. This ability for self-reflection allows us to solve conflicts without violence, control sexual desires and reconcile our own interests with those of the community. ‘Unconscious processing of information is the norm,’ says Prof. Dr. Oliver Schultheiss, Chair of Experimental Psychology. ‘However, our behaviour is also determined by conscious perception.’

We are often unaware of our true motives.

Schultheiss researches the physiological, cognitive, affective, and behavioural aspects of motivation and has founded the Human Motivation and Affective Neuroscience Lab (HuMAN) at FAU. Research here focuses mainly on implicit motivational processes, in other words processes which influence our behaviour without us consciously being aware of it. To date, researchers have pinpointed three basic motives: the need for power, the need for affiliation, and the need for achievement. Individuals with a strong power motive derive pleasure from influencing and dominating others. Individuals with a strong affiliation motive experience close, harmonious contact with other people as satisfying, and individuals with a strong achievement motive get a kick out of doing something well or improving on a task. ‘We presume that these motives determine to what extent individuals derive pleasure from attaining incentives and goals, and, vice versa, to what extent a failure to achieve them leads to frustration. ‘The stronger the power motive is, for example, the more rewarding it is for that individual to defeat an opponent, and the more frustrating it is to be defeated.’

Several instruments are used at the HuMAN Lab in order to determine motives: researchers measure salivary hormone levels of test persons in an emotional state and use imaging techniques to show brain activity. Another effective method are picture-story tasks: participants are asked to tell a story based on the pictures they are shown. ‘Imagine a picture on which the captain of a ship is talking to another person, possibly a passenger,’ explains Oliver Schultheiss. ‘They might be chatting about the weather, or the captain might be telling the passenger in no uncertain terms that they are not allowed to board the ship. The way test persons interpret situations such as these allows us to determine their implicit motives.’

Interestingly, as has been shown again and again in studies over more than 50 years, people often assess their own motives differently than the implicit motives measured during tests. For example, people with a strong unconscious power motive often do not consider themselves power-oriented. If, however, we pursue goals which do not match our implicit motives, for example if we are encouraged to be more assertive at work in spite of being strongly attachment motivated, we may well find that we do not experience any satisfaction even if we are outwardly successful. This discrepancy can have a negative effect on emotional well-being, and ultimately lead to illness. Research in the HuMAN Lab has shown that people whose goals do not match their intrinsic motives have a high level of stress hormones and are more prone to symptoms of depression.

Attachment behaviour is learnt in childhood

Psychology does not only deal with the question of which unconscious motives and instincts shape our behaviour, however, but also how – or when – they are formed. Traditionally, psychoanalytical research into development concentrates on the early years: the underlying premise is that the cornerstone of our psyche is laid in childhood and that psychological wounds and an unfavourable environment, characterised by a lack of affection, neglect, a strict upbringing or even physical abuse, can lead to pathological behavioural disorders in adulthood. 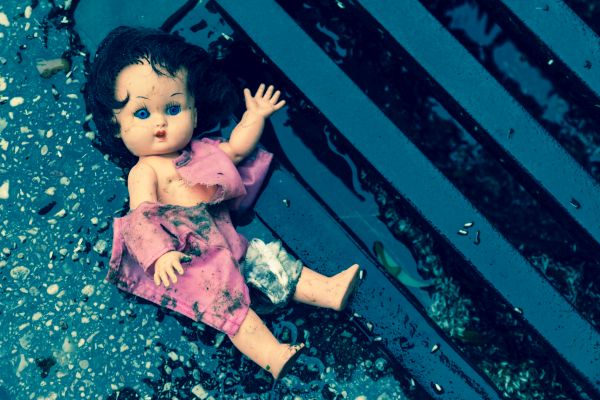 Damage to our psyche in childhood can cause behavioural disorders in adults. (Image: Colourbox)

Whilst Freud’s theory regarding the roots of trauma and obsessional neurosis in early childhood is no longer the prevailing opinion, modern developmental research does also focus on early childhood. It is based predominantly on the theory of the British psychiatrist and psychoanalysist John Bowlby, who believed that striving for close emotional attachment and the need for security shape our personality more than the sexual drive. ‘Attachment patterns are formed in the very first year of a child’s life,’ says Prof. Dr. Gottfried Spangler, Chair of Developmental Psychology and Educational Psychology at FAU. ‘They help regulate emotions and have a significant influence on our social skills.’

Relationship between mother and child decisive

The quality of attachment can be determined using the ‘Strange Situation Procedure’ developed by Mary Ainsworth in the 1960s. The procedure involves observing how one-year old children react when their mother leaves the room, leaving them alone with a stranger. Securely attached children are usually sad or cry when separated from the mother but soon cheer up when the mother returns. Insecure avoidant children show no sign of sadness and ignore the mother when she re-enters the room. Insecure ambivalent/resistant children are very distressed about the separation, and swing between expressing anger and being clingy when the mother returns. Finally, there was also the group of disorganised insecure children. When the mother returns, they appear distraught or frozen.

More extensive investigations have shown a strong connection between the behaviour of the main caregivers and that of the child. If the parents are attentive, sensitive, helpful and comforting, then the child has the best chances of forming a secure attachment. On the other hand, a lack of attentiveness and sensitivity towards the needs and emotions of the child is highly likely to lead to an insecure attachment. ‘In our tests, we have noticed, for example, that parents with an avoidant attachment status react negatively to negative emotions of their children such as crying or tantrums,’ explains Gottfried Spangler.

Attachment status is stable but not set in stone

Which consequences does this transgenerational transmission of attachment patterns have? Numerous studies have demonstrated that children with a secure attachment have adequate social behaviour and can concentrate better and for a longer period of time on a task. They develop a greater degree of self-esteem and are less likely to become depressed than children with an insecure attachment status. As adults, they are better able to accurately assess their emotions and those of other people and use them to cope with stressful situations. Those with an insecure attachment, however, find it more difficult to cope with their emotions. In one project, psychologists from Erlangen were able to demonstrate that these people struggle to cope with loss. Some, for example, had still not processed the death of a loved one many years later.

People are able to consciously reflect on their experiences, their behaviour and their motives and to achieve a secure attachment status as a result.

At the Chair of Developmental Psychology and Educational Psychology, researchers are investigating whether the attachment status changes over the course of our life. They have come to the conclusion that whilst attachment patterns are relatively stable, it is no longer accurate to assume that the status will remain unchanged for a lifetime. ‘The behaviour of parents or other caregivers can change, as can external circumstances – factors such as these can influence attachment patterns,’ explains Spangler. ‘In addition, people are able to consciously reflect on their experiences, their behaviour and their motives and to achieve a secure attachment status as a result.’

At the Chair of Developmental Psychology and Educational Psychology, researchers are investigating whether the attachment status changes over the course of our life. They have come to the conclusion that whilst attachment patterns are relatively stable, it is no longer accurate to assume that the status will remain unchanged for a lifetime. ‘The behaviour of parents or other caregivers can change, as can external circumstances – factors such as these can influence attachment patterns,’ explains Spangler. ‘In addition, people are able to consciously reflect on their experiences, their behaviour and their motives and to achieve a secure attachment status as a result.’

A sweet melody or a grating noise?