Taboos are part of society: There are some topics we simply do not want to talk about or shouldn’t. But taboos can also be broken. Some people are always keen to challenge what is socially acceptable.

The pleasure of revulsion

It’s a long time since the Golden Age of Horror, when werewolves, Dracula and Frankenstein populated the silver screen in the Hollywood of the 1930s, crossing boundaries with tremendous effect. ‘Breaking taboos in horror films is widespread and varied,’ says Dr. Peter Podrez from the Institute of Theatre and Media Studies. His research work focuses on ‘Horror in Films and Computer Games’. ‘Horror films play with subjects which are cultural taboos, meaning everything which confronts viewers with their innermost fears and arouses disgust or revulsion, such as death, decay or monsters,’ he explains. 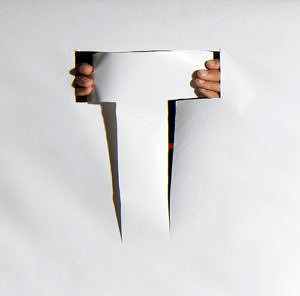 As far as excessiveness is concerned, the subgenre of splatter films goes further still and shows disembowelled or dismembered bodies. ‘In the protected realm of film, taboos are thematised for which there is scarcely any room in our society,’ says Podrez. But modern audiences are quite happy to tolerate them in the cinema or at home on the couch. ‘Horror films entice viewers to experience fear/pleasure or revulsion/pleasure as something positive.’ An experience which lasts long after the closing credits: ‘The horror film invites us to think about why, for example, we are afraid of something or find it repulsive,’ he says.

Podrez argues that a mainstream type of horror film has evolved in the past years, attracting a broad audience rather than a niche clientele. Among other noteworthy trends, such films show the crossing of boundaries in private life.

If, up until the 1960s, mostly monsters and vampires hogged the screen, they have since been supplanted by serial killers and psychopaths, hiding behind the mask of the seemingly harmless neighbour. ‘Evil no longer comes from outside. It is moored in society, for example in the nice girl or boy next door.’ Meanwhile the audience asks itself how far it can trust what appears to be normal. ‘The link between sex and violence is also made particularly visible,’ says Podrez.

Apart from confronting individually and collectively tabooed phenomena and fears, the horror film fulfils further cultural functions, such as questioning social structures. A myriad of creatures dismantle bourgeois life and show what happens when institutions are rendered powerless. Can the normal state of affairs be restored? Or will evil triumph (which in the horror film meanwhile also makes use of social media)? Here too the question of trust is posed.

The role of consensus

Tensions ran high in 2002, when a law student kidnapped banker’s son Jakob von Metzler (11) and, after his arrest, refused to reveal where the child – who had already been murdered, as it later emerged – was being kept. In desperation, the then vice-president of the Frankfurt police force threatened the kidnapper with ‘pain like he had never experienced before’ if he continued to remain silent. ‘A public debate erupted,’ says Professor Heiner Bielefeldt. Is torture really not an option in borderline cases – such as the attempt to save a kidnapped child’s life? Would subjecting the perpetrator to pain not violate his human dignity, which would be like breaking a taboo? For Bielefeldt, Chair of Human Rights and Human Rights Policy at FAU, there is no doubt about it: ‘The prohibition of torture is an unrestricted prohibition that also applies in critical situations and emergencies. It is immutable. However, I would not call it a ‘taboo’. Why? Because it’s a matter of a human rights standard that is anchored in human dignity.’

„The prohibition of torture is an unrestricted prohibition that also applies in critical situations and emergencies. It is immutable. However, I would not call it a ‘taboo’.“

He lists good reasons why we must adhere unswervingly to the prohibition of torture. ‘Torture is the destruction of free will while maintaining full consciousness,’ explains Bielefeldt, an internationally renowned human rights expert. ‘What is perfidious about torture is that the person witnesses his own objectification.’ In this context, the United Nations’ Convention against Torture of 1984, which is binding under international law, supplements the Universal Declaration of Human Rights of 1984 as well as the Geneva Convention of 1948. ‘Criminal proceedings must be instigated in every suspected case of torture,’ explains Bielefeldt. 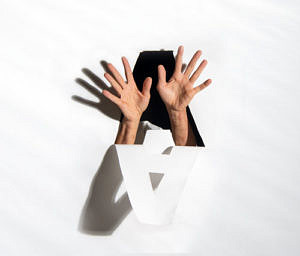 In the course of the international fight against terrorism, prevention is shifting more into the focus of attention in Germany too. ‘The prevention of torture is effected, for example, by states carrying out independent inspections even when there are no specific grounds for suspicion as set down in the Optional Protocol to the UN Convention against Torture adopted in 2002. ’This approach is best practice and likely to achieve results,’ reports Heiner Bielefeldt.

The debate in the Metzler kidnapping case showed, in Bielefeldt’s view, how thin the ice is on which we find ourselves. ‘Cracks started to appear in the general consensus that ‘torture is wrong’. However, in terms of its inner plausibility the prohibition of torture was in fact substantiated once more,’ he says. The discussion over the last years has indeed calmed down again. Bielefeldt nonetheless demands: ‘We must always work towards achieving consensus. Finding the right arguments is important’ – that is why he avoids the word ‘taboo’. ‘Cracks in consensus make us vigilant and we need to be vigilant.’

Let’s talk about sex. Or better not? Anyone wanting to find out more about sexuality or needing an explanation has countless sources of information at their disposal. ‘Yet at the same time it’s something we talk about less and less,’ says Dr. Philipp Spitzer, senior physician at the Department for Psychiatry and Psychotherapy. He knows the facts: 30 to 50 per cent of all people develop a sexual dysfunction at least once in their lifetime. Yet whether lack of libido or erectile dysfunction: We don’t talk about it. Neither with our partner nor with our friends or parents. Too great is our fear of being ostracised or stigmatised. Because it’s a taboo subject, lots of people fail to seek help. ‘If someone needs help with a sexual dysfunction, they must first actively overcome their sense of shame. Only then is there any chance of also overcoming the taboo of talking about it.’

„We teach our students how to talk about a taboo subject which is often neglected in everyday practice. The seminar is important for how doctors communicate with their patients.“

For example with their doctor, who can be the first port of call. ‘We know that lots of patients would like to be able to talk to their doctor about sexuality.’ So is this a first step towards breaking a taboo within the patient-doctor relationship? There is, however, often some restraint on the doctor’s part too. That is why Spitzer has decided to slowly break the taboo.

To sensitise medical students and teach them the skills they will need later on in their careers to interview patients, Spitzer offers trainee doctors the elective module ‘Let’s talk about sex – a practical guide to sexual anamnesis’ once a semester and in cooperation with the School of Nursing. This includes leading interviews with simulated patients that cover all aspects of sex and sexuality. 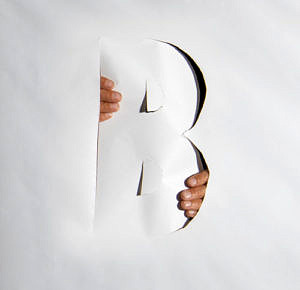 ‘We teach our students how to talk about a taboo subject which is often neglected in everyday practice,’ explains Spitzer.  ‘The seminar is important for how doctors communicate with their patients.’

He is treading new ground here. According to Spitzer, it is only in the last few decades that shame has been regarded as an independent source of conflict in psychoanalytical research. It is, however, very important for doctors to proceed cautiously when discussing shame with their patients. ‘Shame is something very fundamental, something which to some extent holds our social community together, in which clear rules apply about what is allowed and what isn’t,’ he says. Shame shows where these rules are being violated.

Spitzer believes that couple relationships would, however, benefit, were sexuality less of a taboo and partners more open about their needs and desires. ‘There is a significant number of couples whose sexual problems can be solved by talking about them in two or three sessions,’ he says.

Writing about the unspeakable 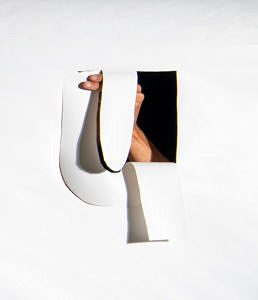 Should we write about the unspeakable? Is it acceptable to write about childhood memories as a prisoner in the Auschwitz and Buchenwald concentration camps, like Imre Kertész, who was later awarded the Nobel Prize for Literature, did in his novel ‘Fatelessness’?  Publishers initially rejected the novel vehemently and it only appeared for the first time in 1975. ‘Publishing the novel would have been breaking a taboo,’ says Professor Gerd Bayer from the Department of English Studies, a specialist in Holocaust research dedicated to literature and the cinema. ‘From the late 1940s into the 1960s, there was a considerable lack of interest in talking about the Holocaust and dealing with it from a literary perspective.’

In Kulturkritik und Gesellschaft, Theodor W. Adorno answered the question of how the Holocaust can be represented in literature, but also in all other genres. Whether this should be interpreted as a verdict or a dictum – his unspeakability topos has become famous: ‘Writing poetry after Auschwitz is barbaric.’ Notwithstanding, Paul Celan’s poem ‘Fugue of Death’, which was published in 1948 and dealt with the Nazis’ extermination of the Jews, became equally famous. The academic discourse on the ‘unspeakability and unrepresentability of the horrors of the Holocaust’, the debate on whether the extermination of the Jews can be a topic for the arts at all or whether it must be a taboo as a matter of principle is far from over. ‘That taboo boundaries continue to exist is a fact,’ says Bayer.  Even if isolated cases prove the rule, for example the film ‘Schindler’s List’ of 1993. ‘In the wake of this film, the question generally no longer arose of whether it was possible to deal with the topic of the Holocaust in a meaningful way.’

Nevertheless: ‘The key issue is the point at which it is presented in an exploitative manner. That would be breaking a taboo,’ says Bayer. So where does the form of presentation go beyond broad social consensus, for example? ‘One of the concerns was that a work of art can always serve to entertain its recipients,’ explains Gerd Bayer. And what happens when Nazi perpetrators increasingly become protagonists? To what extent is familiarising the audience with the dark side legitimate? Is it permitted to present Hitler as an animal lover, like in the film ‘Downfall’ of 2004?

A shift occurred nonetheless, as Bayer knows – starting with cartoonist Art Spiegelman’s comic ‘Maus. – A Survivor’s Tale,’ for which he was awarded the Pulitzer Prize. ‘Its initial reception in Holocaust research was marked by scepticism, but ‘Maus’ is meanwhile a canonical text.’ Both in comics as well as cartoons and graphic novels, the topic of the Holocaust is now generally accepted. ‘The question of whether or not it’s taboo is no longer asked,’ says Bayer.

Ilona Hörath studied theatre studies, German language and literature and philosophy and now lives and works in Erlangen as an author and journalist. She has worked for more than 20 years in regional and national media aimed at both the general public and specialist audiences, including Bayerischer Rundfunk, Nürnberger Nachrichten, VDI nachrichten and Technology Review.