The keepers of secrets

The keepers of secrets

How much may the state keep secret from its citizens – and what motivates insiders to denounce hidden irregularities?

It was 1 January 2006: A day which presumably left many Germans rather flummoxed. Why? Because all of a sudden they were to be accorded freedoms which they had long believed they already possessed. The new Freedom of Information Act that had come into force granted them an ‘unconditional legal right of access to official information from the authorities of the federal government.’ Only now, through this new act, did many people realise the extent to which the state had so far cloaked itself in silence as far as they were concerned. All administrative processes and the collection of data by state authorities had to date been strictly confidential, i.e. secret.

‘This conformed with a centuries-old tradition of secrecy in the government, administration and public bodies,’ underlines Professor Bernhard W. Wegener. ‘Their files were non-public as a basic principle and could only be inspected in exceptional cases.’ It was only under the influence of the Enlightenment that citizens began demanding from the state that it reveal its secrets. They wanted court hearings to be open to the public, the state’s finances disclosed and parliament to meet in public.

This is naturally an element of power too. It’s no wonder that the opposition always insists on everything being made public and that this is precisely what the majority groups in government don’t want.

‘Representative parliamentary democracy and its entitlement to transparency are the result of the battle against state secrets as an instrument of power – a battle that is still far from won,’ says Wegener, Chair of Public and European Law at FAU. For although one secret after the other has been wrestled bit by bit from the state, if you look closer, you will find vestiges of the secret state everywhere: Now as in the past, public servants have the right to refuse to testify. Laws in Germany are still drawn up in secret, in the ministries and in non-public parliamentary committee meetings.

‘This is naturally an element of power too. It’s no wonder that the opposition always insists on everything being made public and that this is precisely what the majority groups in government don’t want,’ says Wegener. ‘This is an expression of the balance of power. The ruling parties are in the know anyway and have no desire for their activities to be showcased in an unfiltered manner.’ While citizens here in Germany are entitled to access files and the information they contain, for members of parliament it is quite a different matter. They may address questions to the federal government and also receive a reply – but they are not allowed to inspect the actual files themselves.

Professor Wegener is representing the Green Party’s parliamentary group in the action it is bringing for general access to files for members of parliament and parliamentary groups. He stresses: ‘In my view, the restriction to the right to ask questions is a major shortcoming because it’s precisely the members of parliament in the opposition parties whose important task it is in our democracy to monitor the government’s work.’ In the proceedings before the Federal Constitutional Court, Wegener is basing his argument on two specific examples.

The first example concerns the loan granted by the federal government to the airline Air Berlin to avert its bankruptcy. ‘When granting the loan, the government based its decision on audit reports it had commissioned,’ says Professor Wegener. ‘The members of parliament would like to see these reports in order to check to what extent granting the loan was justified. But the government refuses to allow access.’ 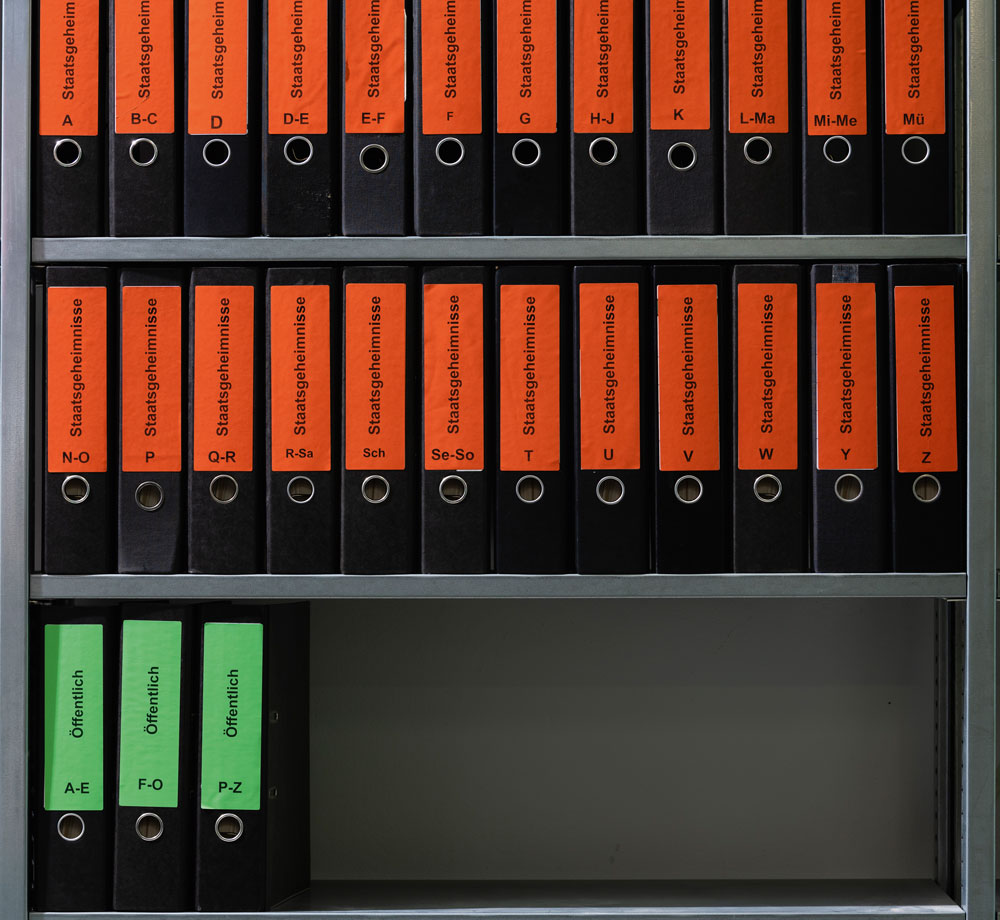 The Freedom of Information Act allows citizens in Germany to request information from the authorities on various matters – at least at the federal level. Responsibility for taking decisions regarding regional and local matters lies with the regional parliaments. Only twelve of the German states have laws in this respect. (Image: Uwe Niklas)

The second issue is the exploding costs of the ‘Stuttgart 21’ transport and urban development project. ‘There are new estimates which the MPs assume to mean another rise in costs. But these are being withheld from them too,’ criticises Wegener. ‘Knowledge is power’ – this simple phrase describes the situation in a nutshell yet again. ‘The opposition’s work is based primarily on knowledge. If it has no knowledge of what irregularities there are and where scandals are about to erupt, it cannot deal out effective criticism and is – as it were – paralysed.’

An instrument to prevent such paralysis through lack of knowledge is the deployment of whistleblowers. ‘Individuals who go public with information from a secret or protected context which is important for the general public are indispensable first of all because we might not otherwise realise that something shady is going on and would not even ask any questions in the first place,’ stresses Professor Klaus Ulrich Schmolke. Irregularities or crimes such as corruption, insider trading, violations of human rights or misuse of data just are not served up on a silver platter.

Against this background, Schmolke, Chair of Private Law, Commercial, Company and Business Law and Professor Verena Utikal, Assistant Professor for Behavioural Economics have examined which incentives are particularly effective for turning people into whistleblowers in various different scenarios in a laboratory experiment. This innovative and trailblazing scientific collaboration between a lawyer and an economist from FAU has produced a remarkable result. ‘To me as an economist, discovering that reward programmes in the shape of financial handouts are the most effective instrument for raising potential whistleblowers’ readiness to report irregularities came as no great surprise,’ says Professor Utikal.

However, what she did find astonishing is that the effectiveness of a simple plea could be verified in the lab in the same way as financial incentives. ‘The test persons’ readiness to blow the whistle increased significantly just by asking them to report it if they became aware of any misconduct,’ says Utikal. For Schmolke, an additional incentive mechanism is important: ‘Protecting whistleblowers is at the focus of current legislative endeavours. Just before the finishing line of the last legislature, as it were, the European Parliament has passed a Whistleblowing Directive which obliges the Member States to protect whistleblowers.’

Whistleblowing is a valuable tool in effective law enforcement and in this respect fosters social welfare.

For Schmolke, this is highly controversial: ‘I’m afraid that this protection might be opened up to include the reporting of simply unethical but not illegal behaviour. This would make whistleblowing a political or ideological instrument of combat.’ For him, however, it is far more an instrument which should serve another purpose: Law enforcement. ‘It’s a matter of enforcing rulings on activities which have already been clearly defined as illegal in the political process beforehand and not of questions of inappropriate ethical conduct which first of all need to be thrashed out at the political level. Everything else would do a disservice to the credibility and acceptance of whistleblowing.’

This is not the only reason why, in his opinion, whistleblowing is an important regulatory task: ‘Even in cases where reporting an irregularity is legitimate per se and justified in substance, whistleblowing regulations must endeavour to keep the associated costs to a minimum and to protect the legitimate interests of third parties. What is meant here, for example, is data privacy issues, but above all also the question of whether a potential whistleblower should be urged to forward his or her information first of all to internal recipients, in the interest of the parties concerned and to avoid unnecessary damage, before approaching the authorities responsible or even going public with it.’

Giving precedence to internal whistleblowing was one of the main points of contention in the legislative proceedings for the Whistleblowing Directive: A directive which Professor Utikal and Professor Schmolke hope will make an important contribution to a cultural change throughout the whole of Europe by changing for the better how whistleblowers are perceived. ‘This is because whistleblowing is a valuable tool in effective law enforcement and in this respect fosters social welfare,’ stresses Professor Utikal. ‘If it hadn’t been for Edward Snowden, we still wouldn’t know to this day about the global NSA surveillance and espionage affair.’ No wonder, when those in power prefer to keep their mouths shut.

Michael Kniess studied political science and sociology at FAU and completed training as a journalist before starting his career as a freelance journalist and author. The publications he writes for include heute.de, die Welt am Sonntag and the Nürnberger Zeitung.