Whether syphilis, AIDS or depression: There are some conditions we just don’t talk about. Why’s that? And can illnesses or diseases be destigmatised too?

A hundred years ago, it was still the unwritten rule among venereologists (specialists for sexually transmitted diseases) never to say ‘Hello’ first when bumping into someone you knew on the street: No-one should come under suspicion of having made a venereologist’s acquaintance because of a stigmatising disease such as syphilis. According to Professor Karl-Heinz Leven, director of FAU’s Institute of the History and Ethics of Medicine, this example shows how people’s moral perception of certain health conditions leads to them being tabooed by society.

This applies above all for disorders ‘down below’, regardless of whether they affect the excretory organs or the genitals, but especially sexually transmitted diseases where transmission is associated with sexual practices viewed disparagingly by a large majority. Such taboos pose a problem above all when they prevent the person affected from seeking professional medical help. On the other hand, taboos can also protect the person concerned and their privacy, as the example above substantiates, says Dr. Nadine Metzger, research associate at the Chair of the History of Medicine. 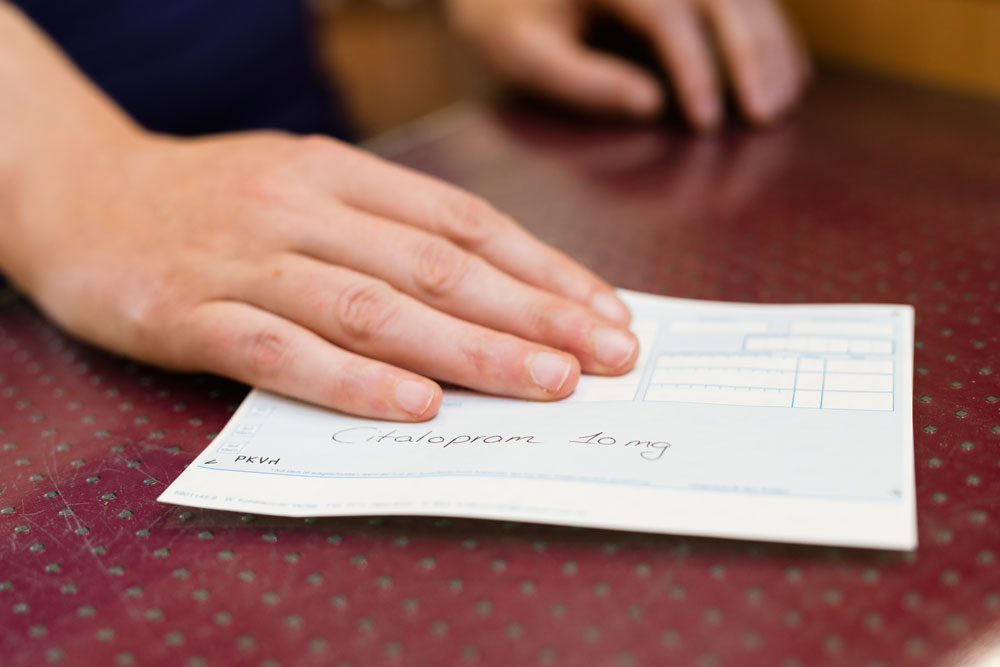 Citalopram is prescribed for depression. The stigma attached to the illness has become much less over recent years. (Image: Uwe Niklas)

Depending on society’s definition of taboos, they can also be dealt with differently, as Nadine Metzger explains using the example of sexual morality. Differences are spotted not only over the course of time, she says, but also between young and old, urban and rural environments as well as different social strata. What’s more, adds Metzger, who is writing her post-doctoral thesis on ‘Constitutional Theory and Theory of Medicine, 1910-1930’, it always depends on the context or the medium in which a disorder is discussed or written about.

Topics have now long reached the wider public which in the recent past would under no circumstances have been dealt with openly. Drugs for treating digestive problems, such as diarrhoea and constipation, haemorrhoids or incontinence (which is disguised as ‘a full bladder’) are advertised unabashedly on the radio and TV; the corresponding health problems are outing themselves more and more. But does coming out of the closet really destigmatise such disorders?

The plugging of non-prescription self-medication makes it possible for patients to bypass the doctor, turn to the pharmaceutical industry directly with their ailments and purchase relief (or not, as the case may be) online and anonymously. This saves them the embarrassment of having to talk to a doctor or pharmacist about the tabooed disorder in question.

What does the word “taboo” mean?

Modern societies have adopted the word ‘taboo’ from the Polynesian and use it nowadays for new phenomena. As a rule, the objective of such taboos is to adjust social action to societal circumstances. They therefore generally relate to a society’s core values and – over time – become a matter of course.

In his theory of civilisation, sociologist Norbert Elias describes this feeling of embarrassment and the sense of shame that accompanies it as the ‘fear of transgressing social prohibitions’. In the course of the civilisation process as analysed by Elias, this fear turns more and more pronouncedly into shame, ‘the greater external constraints are transformed into self-constraints as a result of social structures.’ Another element of Elias’ theory is that the number of topics attributed to our protected personal sphere has greatly increased since the High Middle Ages.

For example, the marginalisation and tabooing of sexually transmitted diseases does not belong just in the distant past, as Karl-Heinz Leven explains. Once syphilis, which was widespread in the 19th century, became treatable thanks to the first chemotherapeutic drug developed by Paul Ehrlich and then much more effectively with penicillin, the taboo associated with the disease indeed faded. However, it was replaced by the immunodeficiency disease AIDS, which especially in the 1980s and 1990s triggered fierce reactions in society. Lack of knowledge about how AIDS was transmitted led to it being demonised and whole sections of the population were stigmatised, the more so as it soon became clear that the virus was transmitted through sexual contact. This means that the tabooing of infectious diseases is not just a thing of the past but instead still prevalent in the present day, as Leven, an expert on the history of epidemics, explains.

Can health disorders be destigmatised?

Mental illnesses also experience such stigmatisation, says Professor Johannes Kornhuber, director of the Department of Psychiatry and Psychotherapy at Universitätsklinikum Erlangen. Following the publicity that well-known cases attracted, such as goalkeeper Robert Enke’s suicide, and as a result of better treatment options, in his view anxiety disorders and depression are meanwhile less of a taboo subject than bipolar disorder or schizophrenia.  ‘The differences have a lot to do with a feeling of unease towards the patient and a lack of knowledge about the disorder,’ explains Professor Kornhuber. If mental disorders are explained in a way that laypersons understand, ideally using imaging processes, then they can also be destigmatised. Such as is the case with depression, for example, which is evidently connected to the diminishing regeneration of nerve cells in the brain. Antidepressants stimulate the regeneration of nerve cells – in a similar way to physical exercise or handicrafts, which also have an antidepressant effect. 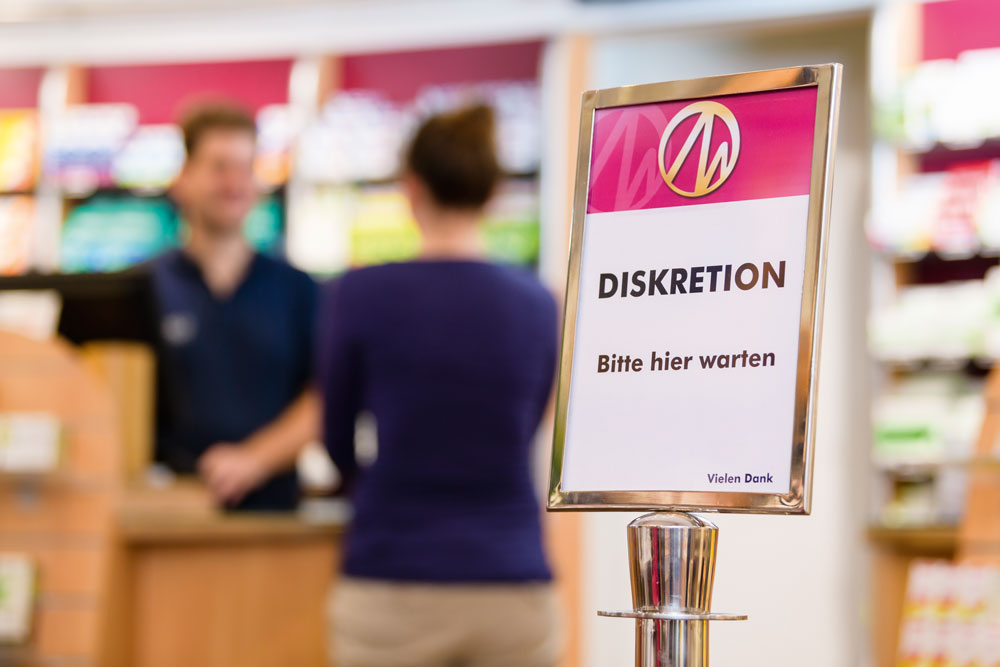 No wonder that Professor Kornhuber sends patients with symptoms of depression bouldering (a form of rock climbing at a safe distance from the ground and without ropes or hooks. It is mostly an indoor sport). Bouldering is a group activity and the physical exertion stops patients from brooding, makes them concentrate and lets them experience self-efficacy. ‘The antidepressant effect is greater with bouldering than with endurance sports,’ says Professor Kornhuber, summarising the results of research work in his department.

However, not just new forms of treatment such as MAKS, the multimodal, non-pharmaceutical anti-dementia therapy, are developed at Universitätsklinikum Erlangen. Research into the biochemical causes of depressive and other neuropsychiatric disorders is also conducted. Certain fats, such as the bioactive sphingolipids frequently found in nerve tissue, also play a role in causing depression. They steer important cellular processes. The acid sphingomyelinase (ASM) in the peripheral blood cells displays increased activity in patients suffering from depression. This enzyme has turned out to be an important target for antidepressants.  Professor Kornhuber and his team were able to demonstrate at FAU that the inhibition of ASM activity leads to an improvement in depression-like behaviour.

The new treatment methods not only help patients to cope with depression but also help society to deal better with those affected by it. The World Health Organisation estimates that depression and mood disorder are the second most prevalent disorders worldwide.

Claus Schäfer studied history and political science in Erlangen and Tours. After completing an internship at a daily newspaper, he returned to FAU to complete a doctoral degree. He is a former director of the Centre for Applied History.