They act in secret, away from mainstream society: Parallel societies. Whether Arab clans or groups of left-wing or right-wing extremists – they all pose a threat to society.

The spectacular theft of a gold coin from Berlin’s Bode museum in March 2017 was reported across the globe. The main suspects who were tried for the theft at the courts in Berlin were members of an Arab clan based in Berlin, well-known in criminal circles. In another instance, a man from a Palestinian family with a reputation in the city was accused of staging a robbery at an international poker tournament at the Potsdamer Platz in Berlin in 2010.

From subtle threats to open aggression, robberies and drug dealing: The criminal activities of clan members have been a problem in Germany for years now, particularly in Berlin and Bremen, in larger cities in the Ruhr area such as Essen, Duisburg or Gelsenkirchen, and even in towns such as Hildesheim or Lüneburg. They act in hiding, away from the social mainstream, forming parallel societies and showing no respect for state institutions or law and order as practised in Germany.

Criminal activities of clans of Kurdish, Lebanese or Palestinian descent were one of the reasons Prof. Dr. Mathias Rohe decided to conduct a study on Arab communities in Berlin with their diverse ethnic backgrounds and closed family structures. The director of the Erlangen Centre of Islam and Law in Europe (EZIRE) at FAU and his team carried out what is until now the most extensive study of its kind, and held a total of 93 detailed interviews with individuals from communities of Arab migrants. They also interviewed representatives of Muslim organisations, non-governmental organisations and Berlin authorities.

The people have transferred their mechanisms for resolving conflicts from their countries of origin where there is no functioning state or the state is even viewed as an enemy.

The focus was on the topic of ‘parallel justice’, in other words the practice of resolving conflicts outside the court using methods which disregard, undermine, or counteract German legal standards. ‘The problem is not that people try to resolve conflicts outside the confines of the court,’ emphasises Prof. Mathias Rohe. ‘What is relevant from the perspective of criminal law are attempts to intimidate victims or witnesses who are willing to make a statement, attempts to force criminal charges to be dropped or attacks on police, state prosecutors and judges.’

What is lacking is confidence in German law. Professor Rohe, a specialist in law and Islam, is convinced that more work needs to be done to raise awareness. He underlines: ‘The people have transferred their mechanisms for resolving conflicts from their countries of origin where there is no functioning state or the state is even viewed as an enemy. Several of them are unaware of how our state institutions work.’ He explains that many of them are afraid that the youth welfare office may tear children away from their families for no real reason, for example. An added factor is that societies such as these tend to be based on a culture of shame rather than the culture of guilt which is prevalent in German law. ‘We expect people to admit their guilt. In other cultures, however, publicly accepting guilt for your errors is considered a loss of face. Instead, efforts are made to resolve the conflict internally.’ 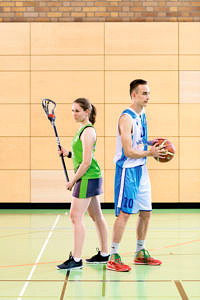 It is hard to play together if people play according to different rules. (Image: Uwe Niklas)

According to Rohe, religion only has a subordinate role to play in most instances: ‘I am not in favour of an abstract discussion about standards and values or quick-fire responses which connect these criminal activities to Islam. Our research has shown that this is a highly problematic and incorrect diagnosis, as it places a whole group of people under general suspicion through no fault of their own.’ According to Rohe, one of the founding members of the Association for Arabic and Islamic Law, the real question to be investigated is under what circumstances people do not respect legal order as the essential common basis for living peacefully together. ‘It is true that certain members of these clans identify with the Islamic faith. Similar structures are also found, however, among Christian Albanians.

According to Rohe, who is Chair of Civil Law, Private International Law and Comparative Law at FAU, the emergence of such parallel societies is due in the first instance to socio-cultural causes resulting from a failure to implement suitable integration measures over recent decades. ‘In general, these are families in which the first generation came over to Germany as refugees from Lebanon or Palestine in the seventies and eighties. These people were already unwanted in their countries of origin, and were then made to feel unwelcome after arriving in Germany as well, reinforcing their belief that it is better to rely on no-one other than themselves. For years, the children of such families were not obliged to attend school. As a result, they had no realistic chance of gaining an education and a foothold on the labour market.’

Rohe is of the opinion that the resulting solidarity structure within the family is one of the issues which have to be tackled in order to avoid the emergence of sub-cultures such as these. ‘It is particularly important that we get through to the women in the clans, as they are the ones who bring their sons up in the belief that the family takes precedence over everything else. We also need to reach out to individuals within these families who trust in the constitutional state, and encourage them to build bridges to other family members.’ Further, Professor Rohe recommends that the ‘state makes its presence felt’ at all times. Regular traffic checks, monitoring school attendance or directly punishing a lack of respect towards police officers are all ways of constantly exerting pressure on clan members. At the same time, options should be offered for those who want to get out.

It is particularly important that we get through to the women in the clans, as they are the ones who bring their sons up in the belief that the family takes precedence over everything else.

Thanks to his expertise in the area, the founding director of EZIRE is also involved in a joint research project aimed at prevention carried out in conjunction with Polizeihochschule Berlin (Berlin Police Academy), the Bundeskriminalamt (Federal Criminal Police Office) and several state criminal police offices. He believes that a lot more could be done, particularly in the social area, by providing access to society, education and the values system. Rohe emphasises: ‘At the end of the day, there are a number of individual measures which can be taken, including repressive action. The state must be careful to avoid the error of retreating from the public view as is the case in large areas of Berlin, where thousands of police positions have been cut in an effort to cut costs.’ He summarises: ‘It will take time and effort to dam these structures effectively, but at the same time we should accept that we will never be able to eradicate them completely.’ 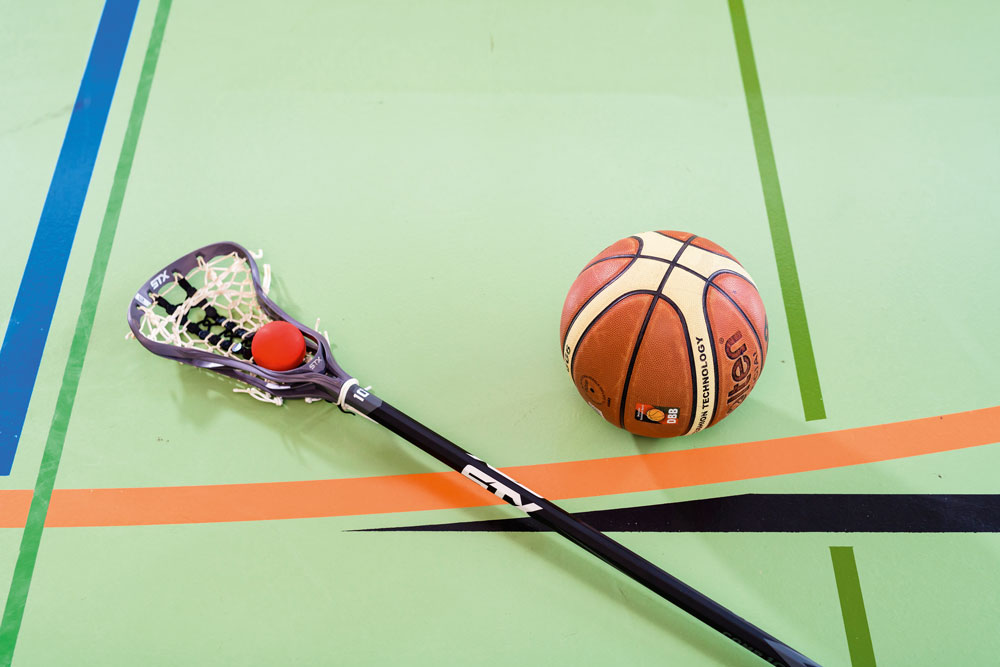 ‘In spite of all the diverse opportunities and benefits our increasingly global and connected lifestyle seem to offer, many people are left feeling that the world has become increasingly confusing as a result,’ says Dr. Winkelmann, a research associate at the Chair of German and Comparative Political Science, European Research and Political Economics at FAU. Increasing modernisation and individualisation leads to an increase in opportunities for personal decision-making, but it also leads to a sense of insecurity, injustice and restlessness. One example: In today’s world of work, people are expected to move almost anywhere at the drop of a hat, losing touch with their own home town or even failing to feel properly at home anywhere at all. What remains is a longing for somewhere they belong. In a world where people feel adrift, the idea of ‘home’ is a welcome concept.

The perceived lack of stability explains why people, especially young people, are once more susceptible to right-wing rhetoric, with right-wing opinions becoming socially acceptable once again,’ says Dr. Thorsten Winkelmann. In an increasingly complicated world, extremism seems to offer simple solutions to complex problems. He emphasises: ‘Dressing in a style typical for the extremist scene and listening to a certain type of music gives people the sense of belonging which they crave. The new collective with its own values and opinions conveys a sense of security and reliability.’ The political scientist believes that this is the main reason behind the rise of identity politics.

We need a meta-narrative which can stir a sense of society once again in our increasingly fragmented society. This is the only way we have to halt the progression of the split in society we are experiencing at the present.

Winkelmann has identified a similar development in the left-wing scene: ‘In that respect, both sides are possibly closer than they would like to believe. Left-wing groups also focus on their immediate social surroundings, encouraging a neighbourhood mentality.’ Whilst the left fights against the gentrification of the towns and its consequences with flying stones and blames neo-liberalism for all the problems faced by the world today, the right attacks immigration with burning torches, claiming it is an existential threat for the home country.

Developments in society lead to clear distinctions being drawn between friends and enemies, with these difference being celebrated and cultivated. Individuals glorify their own group and despise the others. One society disintegrates into many parallel societies. ‘One major problem is that people nowadays tends to talk about each other, rather than to each other,’ stresses Winkelmann. ‘Social media in particular acts as an echo chamber, where you are only confronted with content that reflects your view of the world.’

However, he believes that politicians are obliged to take action: ‘It is up to the major political parties to face up to the problems which are nurturing left-wing and right-wing extremism. It is not enough to simply name the problems, what we need are specific approaches for dealing with them. What we need is discussion rather than a knee-jerk stigmatisation reaction.’ He summarises: ‘We need a meta-narrative which can stir a sense of society once again in our increasingly fragmented society. This is the only way we have to halt the progression of the split in society we are experiencing at the present.’ It is time for each and every one of us to act.

Michael Kniess studied political science and sociology at FAU and completed training as a journalist before starting his career as a freelance journalist and author. The publications he writes for include heute.de, die Welt am Sonntag and the Nürnberger Zeitung.