What is a modern fairy tale?

What is a modern fairy tale?

Prof. Dr. Maren Conrad shares her thoughts on modern fairy tales and where we can find them

‘Once upon a time…’ If a text begins with these words, there can be no doubt in the reader’s mind that it is a fairy tale. Fairy tales are classed as cultural heritage, many people associate them with childhood memories, and yet they are often criticised for conveying clichés and outdated role models. Is there still a place for fairy tales in the modern world? What are the traits of a modern fairy tale? We met Prof. Dr. Maren Conrad, Professor of modern German literature with a focus on literature for children and young adults at FAU, to discuss these and other questions.

Prof. Conrad, why do we so enjoy reading and listening to fairy tales?

Quite simply: fairy tales make us happy. Traditional fairy tales, such as those from the Brothers Grimm, are rather dark and menacing at times, but they always have a happy ending. This is extremely valuable in our increasingly complex modern world.

What is the difference between traditional fairy tales and modern fairy tales?

The main difference is certainly the form that they take. Traditionally, fairy tales started out as folk tales passed on orally, before literary tales started to be written down in books. Nowadays, fairy tales can take the form of films, picture books, audio books, series, interactive exhibitions, comics or computer games. However, at the end of the day they still follow the pattern of short stories in the tradition of the Brothers Grimm and their contemporaries: Good prevails in the end.

Which topics do modern fairy tales deal with and why?

The core message of fairy tales is essentially timeless, even in the times of the Brothers Grimm fairy tales were intended to educate. They deal with our primal fears, which are reflected by Hänsel and Gretel just as they are by Harry Potter, and they always present us with heroines and heroes who overcome challenges and are richly awarded as a result. Modern fairy tales expand on this pattern. A modern child, for example, is less concerned with finding their way out of the forest but more anxious about getting good marks at school.

However, the central values of love, faithfulness, kindness, bravery and humanity remain unchanged. New values which have been added include independence and individuality, tolerance and diversity, education and critical thinking – aspects which are becoming more and more important in today’s society.

Scandinavian fairy tales seem to be ahead of their times: the stories about the strong and fiercely independent girl Pippi Longstocking, for example, were published in the 1940’s. Do fairy tales there still tend to be more progressive?

Absolutely. In Scandinavia, diversity, intersectionality and inclusion have a central role to play, particularly at school and nursery, and this is reflected in the literature from these countries. Astrid Lindgren obviously set an example. It is particularly interesting when you consider that this attitude is actually encouraged from a political point of view. An essay by my colleague Karina Brehm shows, for example, that a gender-neutral pronoun has been introduced and is used in children’s books. 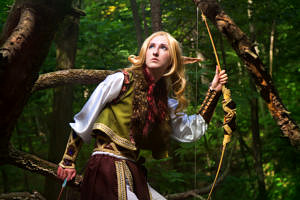 However, whether a story can be classed as a modern fairy tale depends not only on the topics it covers, but also the form it takes. Can you give us some examples?

Fairy tales are special in that there is no limit to the extent to which they can be changed. Basically, they are a specific type of story which includes certain recurring motives and character types. These are combined in lots of different ways in modern fairy tales, even when the topics they deal with are quite different. Fairy tale motives come up again and again in popular culture. Whether you consider Germany’s Next Top Model, Game of Thrones or the Superman comics, you will notice that a number of typical fairy tale motives such as princesses, witches or dragons are used and remoulded to become fairy tales aimed at modern adults.

To what extent can a computer game be a fairy tale?

The fact that computer games are interactive actually makes them particularly well suited to this genre. Like modern Scandinavian fairy tales, computer games are a modern medium which has the potential to be innovative and allow diversity. For example, the Goethe Institute offers fairy tales as a computer game in which children have to decide themselves whether the princess should save the dragon from the evil stepmother, or the dragon the step mother from the evil princess, or a different story line altogether. And did we not all like to act out fairy tales when we were children?

In spring 2020, Prof. Dr. Maren Conrad published a collective volume with academic articles from a lecture series she organised on the topic of modern fairy tales entitled ‘Modern Fairy Tales. Popular Variations in Modern Forms of Literature and Media in Today’s Youth Culture.’