The European Union is supporting the economy with enormous sums of money: not only will subsidies go to Member States, but support for businesses is also planned. Politically well-connected companies with former members of public authorities in their ranks could exploit the crisis to their advantage, as a non-governmental organisation has recently suspected. A research team from FAU and the University of Lucerne has investigated how the financial market is reacting to the recruitment of former EU Commissioners and has shown that such fears are justified: the news of recruitment of former EU Commissioners by companies leads to an increase in the affected share price of almost 0.6 percent. The team has published its results in the European Economic Review. 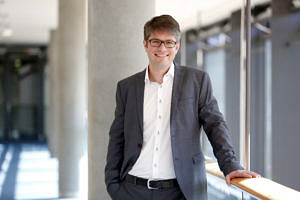 In 1999, Martin Bangemann who was the EU Commissioner for Industrial affairs, Information & Telecommunications Technology moved to the Spanish telecommunications company Telefonica, and in 2016 former president of the EU Commission José Manuel Barroso joined Goldman Sachs International. The two examples are not isolated cases: ‘The interdependence between European politics and business, and in particular the revolving door phenomenon, where politicians switch to the private sector or vice versa, have been the subject of repeated criticism.’ Despite widespread fears of unjustified influence and advantage, there is so far no systematic evidence as to whether companies actually benefit from such political links at European level. We want to close this gap with our study,’ explains Prof. Dr. Christoph Moser, Chair of Global Governance at FAU.

The Commission plays a central role in the European institutional structure. Its decisions are essential for the success of many companies: for example, it defines product, social and environmental standards, examines mergers and state aid, or enforces duties and anti-dumping measures. Companies are therefore interested in being aware of upcoming decisions and possible channels of influence at an early stage.

The assumption is that ex-Commissioners are particularly valuable sources of information and door openers. This has now been confirmed by the research team of Prof. Dr. Christoph Moser and Prof. Dr. Simon Lüchinger, University of Lucerne. The two scientists examined how share prices develop in response to companies appointing an ex-commissioner and found that the share price of such companies rose by 0.57 percent on the day of the announcement. Financial markets react to the information immediately. If, in addition to the announcement date, the following day is also considered, the announcement-related price increase over both days is almost identical with a total of 0.56 percent. 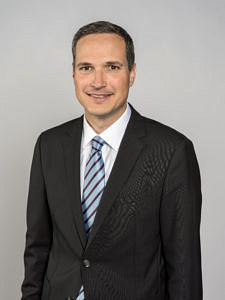 Share prices climb even higher if the former Commissioner was responsible for a particularly important portfolio or held the presidential office, or if the individual was recruited within the first two years of leaving the Commission. ‘Companies particularly benefit from recruits who have recently left the Commission when their knowledge and contacts are still fresh.’ We also found that the financial markets do not react when the same companies appoint people without experience in top public offices to the Supervisory Board,’ explains Professor Lüchinger. Although this practice does not demonstrate any objectionable behaviour in the specific case, it does show that investors expect companies to take advantage of their political connections.

‘The risk of conflicts of interest and lobbying in favour of influential companies is real.’ It therefore seems of central importance that the independence of the European institutions is safeguarded against undue influence through appropriate rules of conduct and transparency. This independence is essential – especially in times of crisis,’ warns Professor Moser. ‘The only significant measure against such conflicts of interest is a period during which former Commissioners have to notify the Commission and gain authorisation for new posts. In the past, however, these authorisations have been generously granted with very few exceptions.’

For the analysis, researchers needed to find out which companies hired an ex-Commissioner and when. They gathered this information from corporate PR releases and from reports by media and news agencies. The two scientists have taken into account all former Commissioners from a period of almost 30 years from the first Delors Commission to the second Barroso Commission. Only cases with listed companies and a known announcement date were of interest. They also restricted the data to appointments to the Supervisory Board, Management Board, Advisory Boards and other official positions within ten years of leaving the Commission. The announcements could only be used if the share price development was not influenced by important company news occurring at the time of appointment.

A total of 51 announcements were assessed up to summer 2016. In addition, the research team considered changes in share price which could not be explained by the development of the overall market or sector.