Teams of researchers at universities in Erlangen, Hanover, Münster and Regensburg have received six million euros in funding from the German government in order to develop a new CAR T cell therapy

When chemotherapy or medication is not able to destroy all malignant cells and the disease returns, many cancer patients place their hopes on CAR T cell therapy. During this treatment, genetically modified immune cells, known as T lymphocytes, track down and destroy cancer cells. In order to explore the various areas of application for this approach, the Federal Ministry of Education and Research (BMBF) has now provided six million euros in funding for a national collaborative project involving researchers from four university hospitals in Germany and a biotechnology company. ‘Our aim is to develop highly effective CAR T cells which are not only able to successfully treat certain forms of leukaemia, but also other malignant tumours which have until now had an unfavourable prognosis,’ explains Prof. Dr. Andreas Mackensen, Director of Department of Medicine 5 – Haematology and Oncology at Universitätsklinikum Erlangen, who is coordinating the research project in Erlangen.

For some types of leukaemia and lymphoma, researchers have already succeeded in modifying T cells, the most effective immune cells in the body’s own immune system, to make them recognise the cancer cells as foreign bodies and destroy them. For this treatment, T cells are removed from the patient’s blood and equipped with special detectors for cancer cells known as chimeric antigen receptors, or CAR for short. After a brief and mild course of chemotherapy, the cells are returned to the patients. Once in the patient’s body, they multiply, and then track down cancer cells and destroy them. ‘The CAR T cells protect patients, often preventing the disease from returning for many months, or even years,’ emphasises Prof. Mackensen. Until now, CAR T cell therapy has only been successful in treating for very few types of cancer. The available CAR T cell therapies are not effective enough against most tumours, as solid tumours can protect themselves very well against the immune system. 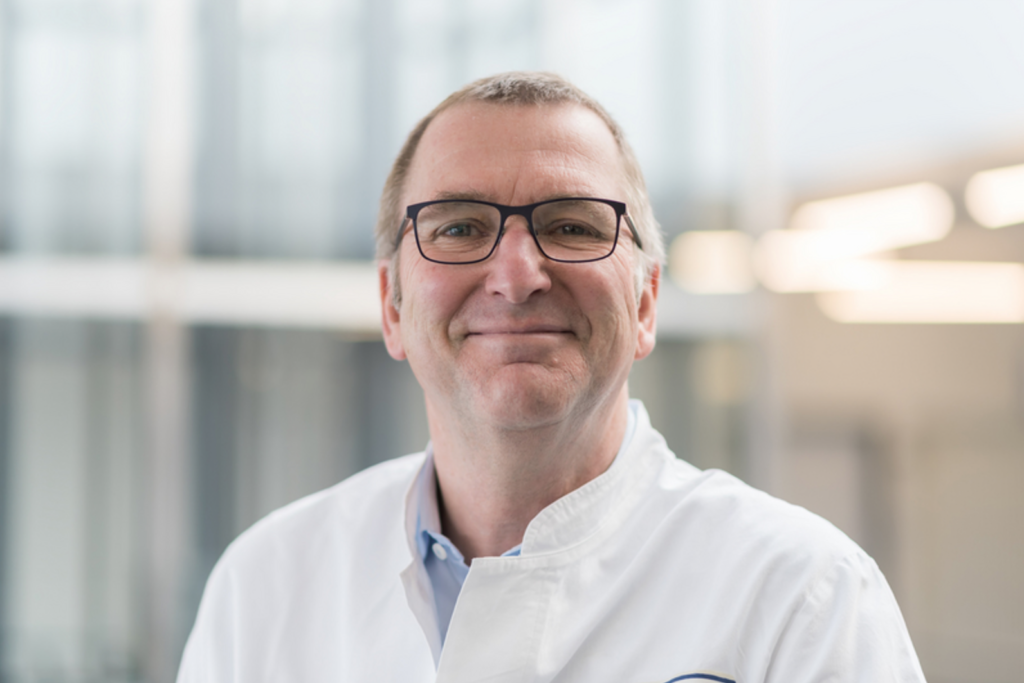 In order to tackle this problem, a group of researchers from Erlangen, Hanover, Münster and Regensburg are working together with the biotechnology company Miltenyi Biotec to develop a new technique which increases the effectiveness of CAR T cells against tumours which prove resistant to treatment. The cells used in the treatment carry a substance which they only release after attaching to the tumour cells. This substance is a strong messenger substance from the immune system which helps T cells tackle the tumour much more effectively, enabling them to multiply inside the tumour and make a real impact. ‘CAR T cells basically act like miniature pharmacies which transport the substance to where it is needed. We hope that this will help avoid side effects in healthy tissue,’ explains Andreas Mackensen. The cell product developed by the consortium identifies a feature found in neuroblastomas, a type of cancer which develops in childhood. This feature is also found in certain types of bone carcinoma and breast cancer.

The six million euros in funding provided by the BMBF will be used to run clinical trials on this new, promising strategy. During a preparatory period of two years, researchers will work on developing and refining the new CAR T cells in their laboratories. At the same time, the two universities in Münster and Erlangen will ensure that the cell product is produced in compliance with pharmaceutical safety standards. Finally, a clinical study will be run at all four locations involved in the project to test the safety and effectiveness of the clinical application of the new CAR T cell product in children and adults suffering from previously incurable cancers.