Prof. Dr. Mathias Rohe, Chair of Civil Law, specialises in law and in Islam. He has recently been invited to join the committee of experts on Islamophobia. A discussion about extremists, the unknown and learning to understand.

Prof. Rohe, what are you researching at the moment?

I am currently involved in a project in which we are exploring criminal structures in certain large clans. As part of the project, we are trying to identify and support ‘allies’, people who are not themselves integrated into these structures in large family clans who may be able to build bridges to others. I am also preparing an ERC application. In this context, I would like to explore in greater depth how to better convey the idea of the constitutional state, considering aspects such as how can we ensure that people across all sectors of society are aware of and can identify with the fundamental concept of the constitutional state we have in Germany? I am of course also involved in the two expert committees on Islamophobia and Political Islam.

You have been appointed to the expert committee on Islamophobia. What is this committee of experts?

The Federal Ministry of the Interior decided to create this committee of experts in response to obvious problems. Islamophobia is a widespread phenomenon. In society today there are many engrained prejudices which lead to problems in everyday life for those who come up against them. We are now taking an academic approach to work out specific suggestions for how to combat these phenomena and prejudices. Those on the committee of experts come from a wide range of different backgrounds. What is your contribution as a legal expert? My areas of expertise are both law and Islam. I can contribute both legal considerations and cultural aspects. It is important that we remember that not all Muslims share the same opinions. This lets us create a solid foundation of facts, which can then be taken as the basis to make recommendations. 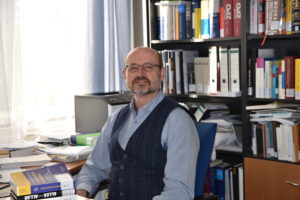 Prof. Dr. Mathias Rohe specialises in law and Islam and teaches and researches at the School of Law at FAU. (Foto: FAU/Boris Mijat)

I am a member of the international academic advisory board. The Documentation Centre is an initiative of the Austrian government, but it is an independent institution. It is intended to deal with problems falling under the rather vague heading of Political Islam. Is belonging to both these institutions not a contradiction in terms? I think there is a lot to gain from being involved in both committees. We have to tackle extremism in all its forms, which entails taking a holistic approach. Each different form of extremism has its own particular features, but they also have a lot in common: a shared group mentality, exclusion of those with a different opinion and a belief in their exclusive validity. That is why we must speak out about problems in society as and when they occur. On the other hand, however, we must also speak out about what does not cause problems in a democratic constitutional state, even though the majority may take a rather sceptical stance.

What is Political Islam?

Until now, this ideology has been referred to in the widest sense as Islamism. It is a political ideology which claims its own right to political power and which is therefore in direct conflict with our free democratic constitution. However, the term Political Islam has not yet been fully defined and therefore triggers heated debate. Traditionalist Muslims and Political Islam. What is the difference? There are people who are entrenched in traditionalism. This is the case in all religions, as demonstrated by the Amish people, for example. They may come across as rather odd, but it is well within their rights to act in that way. At the same time, there are attitudes where criticism is justified, for example patriarchal gender stereotypes. However, if you do not impose your will on others, including your own family, then you are free to live your life in this way. Political Islam, on the other hand, uses political or social pressure to impose fundamentalist points of view in certain milieus. One example is the self-appointed Sharia Police group, who emerged some time ago. When men start to patrol neighbourhoods handing out flyers, most people are likely just to shake their heads. Certain groups of society, however, may feel threatened, for example someone who has fled from a repressive political system like Iran. This is often referred to as ‘legal Islamism’, as whilst it may not reach the threshold to be defined as a crime, it is still problematic, as it prevents people from living their lives freely in the way they would like to. Society and the state are faced with the challenge of upholding the required degree of freedom.

How big an influence does this ideology have on the Muslim community?

Overall, it is rather small. However, its influence seems to have increased in recent years, particularly in young people, thanks to the Internet and social media. Young people looking for information on religious issues quickly come across Islamic websites and forums. We need to investigate further, however, to determine to what extent this actually influences them. If we are to keep the influence of extremists in check we must offer young people something of our own which they feel comfortable with. The fewer people there are who have experienced discrimination, the less open they will be to attempts at radicalisation. The word Sharia has rather uncomfortable connotations for a number of non-Muslims.

The diversity and range of meaning conveyed by the word Sharia is often misunderstood. Sharia actually refers to Islamic norms in their entirety, in other words covering legal, religious, ethical and moral aspects. It does not only lay out the norms as such, but also dictates the approach which should be taken. How are norms defined and how should they be interpreted, how should the Qur’an be read and how should it be interpreted? However, Sharia can also be understood in a narrower sense, as it is by extremists and, in particular, by non-Muslims. This is where it moves into more controversial territory, covering issues such as gender inequality, the sovereignty of the Caliphate or archaic corporal punishments. These were part and parcel of Islamic norms in the past, and still are even today in certain states. For the vast majority of Muslims, however, Sharia is not synonymous with these in their opinion outdated concepts, but rather prayer, fasting, or showing consideration for others; basically, what should I do to become a good person?

What significance does Sharia have for Muslim communities in Germany?

I think the importance of Sharia for believers is still largely over-estimated. Most of them do not live their lives strictly according to scripture. Although most do still fast at Ramadan, it is also a major social event. But that apart, who still prays five times a day, even in the Islamic world? At the end of the day, faith is only one part of your identity. Which brings us to the next problem: Since 9/11, religion tends to colour people’s opinion of Muslims. Religion is taken as the basis for making premises about their way of life and behaviour. Which takes us to the phenomenon seen in Germany where travelling without a ticket on public transport is seen as a largely Muslim crime. But no-one would consider referring to cheque fraud as a largely Christian crime. This is an instance of where we assign religion more power than it actually has.

Are there differences of opinion in the various Muslim communities when it comes to how much influence religion should have on their way of life?

Over the last 40 years, we have witnessed a revival of certain forms of religious life in the Islamic world, such as wearing headscarves. There are several different reasons for this. Partly, it is due to a religious revival, but it may also be a reaction towards only being seen as a Muslim. However, it is also apparent that Saudi Arabia and others are exerting a potentially disastrous influence by spending a lot of money to encourage an intolerant interpretation of Islam. I hear complaints from as far flung locations as Sarajevo, Kuala Lumpur or Ottawa; moderate or liberal Muslims across the globe are experiencing increased coercion to conform, and in some countries even traditional, devout Muslims are subject to massive pressure. That is why I am so hesitant to use the term ‘orthodox’, when a certain group or person claims that they are the only ones in possession of the genuine teachings, as is often the case with the Saudis. At the end of the day, they are simply traditionalists who have taken their views to the extreme.

How can we encourage more understanding?

We already have a considerable degree of normality which is all too often overlooked. However, from widespread studies we know that the more people meet and get to know each other, the more tension can be diffused and the more people move away from their prejudiced way of thinking about ‘us and others’. I don’t want to claim that living together and getting to know each other will resolve all conflicts, indeed sometimes conflicts only actually arise in the first place in situations such as these. However, it does encourage people to recognise their similarities, and to appreciate their differences, which we must learn to accept. All sides have to take time to reflect and question their own prejudices. Last, but not least, it is important that we treat each other fairly. By living together and getting to know each other, we learn to appreciate our differences and our similarities, and we must learn to accept them. All sides must be willing to reflect on their own beliefs and question their own prejudices. 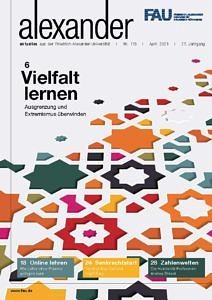