The photonics hub at FAU awards 100,000 euros and a guest professorship to a promising young researcher.

Samuel Grauer’s project “Physics-Informed 4D Imaging of Turbulent Flows” aims to give insights into the complex processes involved in ecological and technical flows, for example in the sea, or in fumes released during combustion processes. He uses time-resolved optical absorption tomography, similar to the computed tomography used in hospitals to create three dimensional models of these flows. These are then evaluated by a neural network that is trained beforehand on the underlying laws of physics. Samuel Grauer hopes that this will improve our understanding of scalar mixing and reaction processes. He is currently working as an assistant professor at Pennsylvania State University. During his stay in Erlangen, he will predominantly work together with the Chair of Technical thermodynamics (LLT) and the Pattern Recognition Lab (LME) at the Faculty of Engineering at FAU. He will receive 100.000 euros in funding to further his research.

A further four doctoral candidates at FAU were also honored for their outstanding publications. The SAOT Student Awards worth 1000 euros each were awarded to Lisa Ackermann, Dr. Yakun He, Dr. Marc-Oliver Pleinert and Moritz Späth. Alexandra Popp was awarded the SAOT Innovation Award. For her planned project titled “Arbitrary pulse shaper based on localized light-sound interactions”, she received funding amounting to 20,000 euros as well as prize money of 2000 euros.

“The Young Researcher Award represents everything that we hope to promote with SAOT.” SAOT stands for excellence in research and training, for an international focus, an interdisciplinary approach, innovation and leadership responsibility,” explains Prof. Stefan Will, Director and Co-coordinator at SAOT. Since 2006, it has acted as an interdisciplinary hub for research into photonics and optical technologies. As part of FAU, SAOT offers an outstanding training program for doctoral candidates from a number of different countries based on workshops, seminars and academies. That apart, it increases the public visibility of research into photonics and optical technologies in Erlangen and coordinates collaborative applications in these areas. 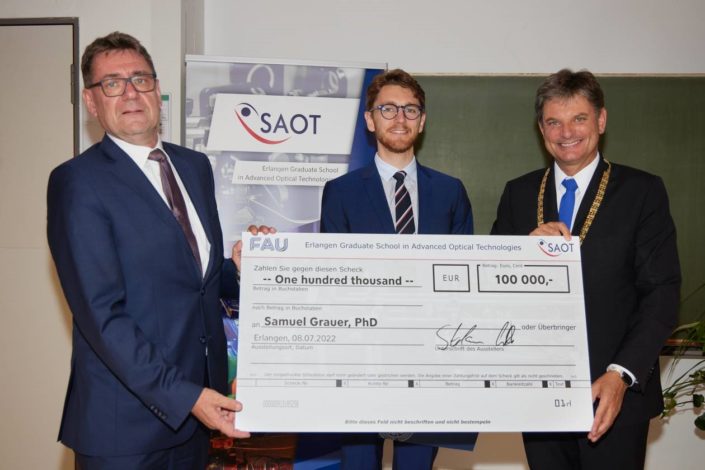 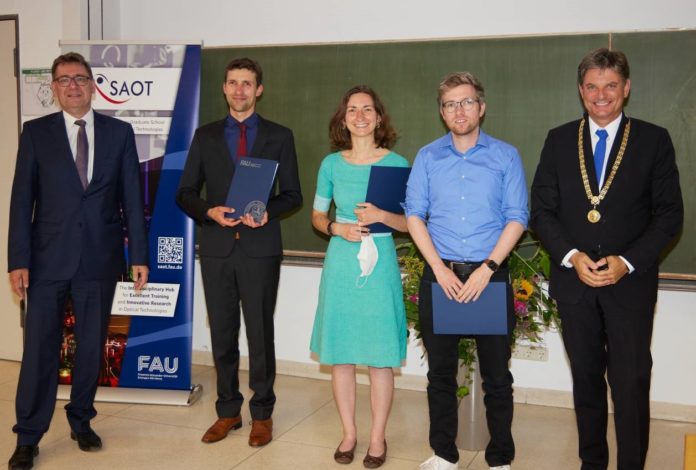 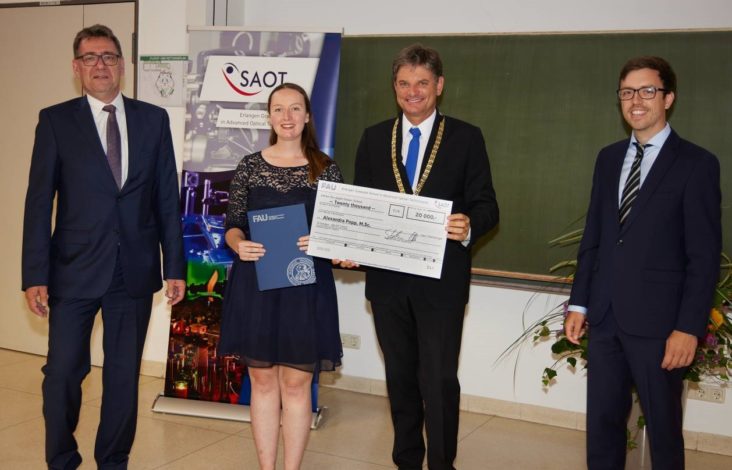 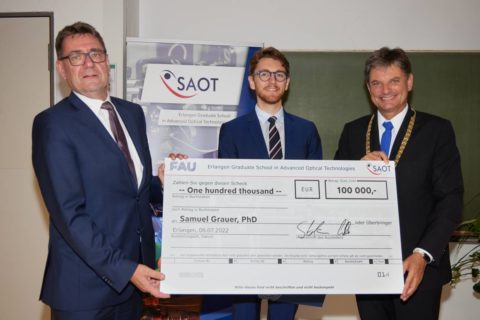 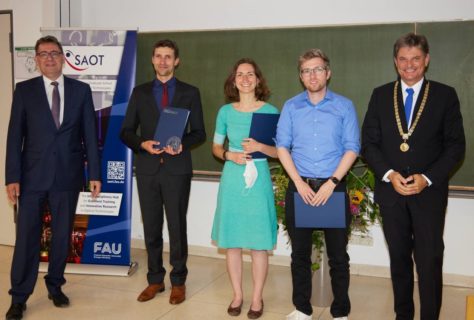 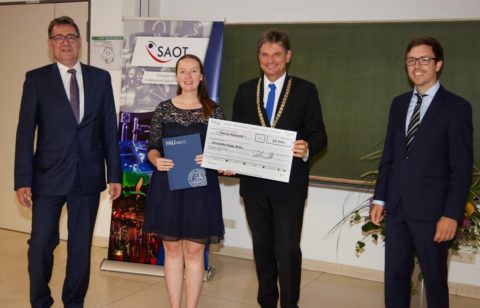