Lectures for the general public

FAU presents exciting current research projects to the public through its lecture series ‘Wissenschaft im Schloss’. Students, school pupils and members of the public who are interested in research are invited to attend the lectures. After the presentations the researchers are always happy to answer any questions.

The Schloss is just a five minute walk from Erlangen train station. You can park at the large car park directly behind the station in Erlangen (Großparkplatz).

The auditorium is on the second floor of the Schloss.

Dusting off palaeontology – new research in an old subject

Palaeontology, the ‘study of ancient life’, has been making a significant contribution to our understanding of the natural world for over 200 years. One of the greatest achievements of palaeontological research has been to confirm the extinction of species as fact and to confirm Darwin’s Theory of Evolution. Long derided as a purely descriptive discipline, palaeontology now successfully focuses on major issues of the future such as the influence of climate on organisms and ecosystems.

Wolfgang Kießling, palaeontologist at FAU and co-author of the next World Climate Report, presents the latest findings and developments in the field and invites his audience to participate. 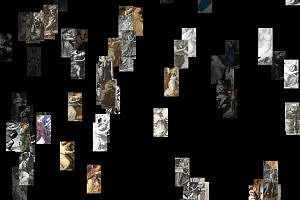 The Adoration of the Shepherds and Magi are both central events in the story of the Nativity and extremely important themes in visual art. Whilst the Adoration of the Magi has been prevalent and distinctive since early Christianity, the Adoration of the Shepherds as a motif reached its peak only in the early modern period. Together, these examples of iconography feature in many thousands of works. Peter Bell shows how research can examine these multi-figured motifs and their many stylistic and technical interpretations with the help of computers. To what extent is it possible to recognise scenes automatically and to understand them based on a visual outcome? This not only demonstrates the current state of development of computer vision, but also how scenes depicting Christmas have changed and developed during the centuries.

Does China have a different mentality? If so, what is it? 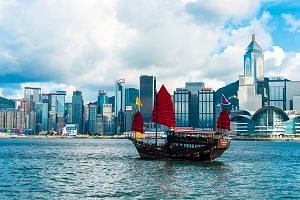 China, the world’s oldest existing political institution, plays an essential role in politics, the economy and culture. But what is the best way to understand the secret of its success? There is no one ‘formula’ for China, but it is possible to identify constants and breaks in China’s view of itself in its history and in the present.

Michael Lackner explains how they have affected the multi-nation state of China’s relationship with the world. The perseverance of Chinese culture is shown using key moments in history from politics, science, religion and art. The sometimes dramatic changes of the present are covered as well.

Romanticism as a countercurrent to digitalisation? – Podium discussion 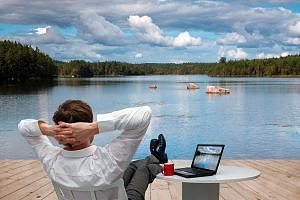 Digitalisation is one of the biggest buzzwords of our times. Whilst some regard it as a means of salvation for our society, others feel stressed, not least for fear of a soulless world of algorithms in which the individual loses control.

A possible response for digital sceptics may lie in a type of return to the ideals of romanticism, that era at the beginning of the 19th century in which creativity, passion, the (super)natural and an affinity with nature all made humans unique and distinguished them from ‘machines’. The longing for charismatic leadership figures is also typical of romanticism. Which indicators exist in our society for such a countercurrent? Can it actually offer us meaning and refuge while the world continues to become even more modern? And which opportunities and risks does such a countertrend offer? Experts from FAU will be discussing these questions and many more.

In cooperation with Collegium Alexandrinum

Automatic detection of musical styles, printable prosthetics, and how couch potatoes can become more active – videos from the series can be found in our video portal.