Video: Measuring glaciers from the air

Video: Measuring glaciers from the air

Together with geodesists from TU Dresden, geographers from FAU are investigating the ice fields of Patagonia.

They fly over the huge ice fields of Patagonia in a small aircraft specially built to withstand Arctic conditions. The journey to the end of the world is all part of Prof. Dr. Matthias Braun’s job, at least now and again. The professor from the Institute of Geography at FAU observes, measures and researches glaciers, ice shelves, mountain ranges and polar regions.

For his latest round of measurements, he travelled to South Patagonia and took to the skies in the research aircraft Polar 5 in early November. The project is part of a collaboration with Dr. Mirko Scheinert from the Institute of Planetary Geodesy at Technische Universität (TU) Dresden.

The two scientists work closely with the Alfred Wegener Institute (AWI) Helmholtz Centre for Polar and Marine Research , the German Aerospace Centre (DLR), the Institute of Geodesy at TU Darmstadt, the Chilean Division General de Aguas Publicas and the Instituto Antártico Chileno as well as the Argentinian Museo Glaciarium.

For the current expedition, the Alfred-Wegener-Institut provided the German research aircraft Polar 5, stopping off for a few days in Patagonia whilst en route for Antarctica. The aircraft is especially equipped for measurement flights under the extreme environmental conditions in Arctic regions and has a number of different scientific instruments on board.

‘The aim of the current measurement campaign was to gain a better, more accurate picture of the two large ice fields using a variety of different methods,’ explains Braun. Together with Scheinert, he is the scientific leader of the measurement campaign and is especially interested in changes in the mass of the glaciers. He obtains his measurements using laser scanners, laser altimeters and high frequency radar systems.

This year, the researchers also used high resolution aerial cameras for the first time, capturing photos that are not only used for scientific analysis but that also show the breath-taking scenery of the Patagonian ice fields.

On a total of three days, the researchers flew over the central areas of the two Patagonian ice fields and the outlet glaciers. On board the research aircraft Polar 5 they repeated the height measurements taken by other research groups in previous years and gathered new data for their research. ‘Now we can connect the existing data sets with our current readings from satellites, and can determine the differences in the height of the glaciers much more accurately,’ explains Braun.

‘We will devote the next weeks and months to intense analysis of the collected data material to ensure the relevance of the measurement profiles on a large scale,’ says Braun.

The analyses at FAU and TU Dresden are carried out within the context of projects funded by the German Research Foundation (DFG). There is still a lack of comparable data from other regions such as Alaska, Greenland and Antarctica, as obtaining comparative measurements from ice-covered regions is an extremely strenuous and difficult process. 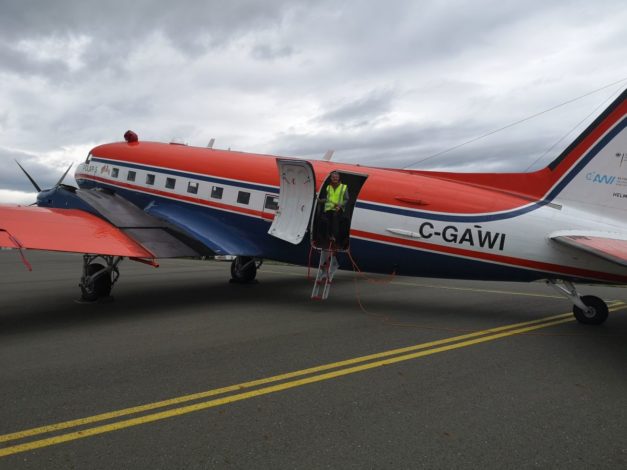 The FAU geologist Prof. Dr. Matthias Braun flew over Patagonia in the research aircraft Polar 5 from the Alfred-Wegener-Insitut to obtain measurements from the glaciers there. The aircraft made a stopover in Patagonia en route to the Antarctic. (Image: FAU/Matthias Braun) 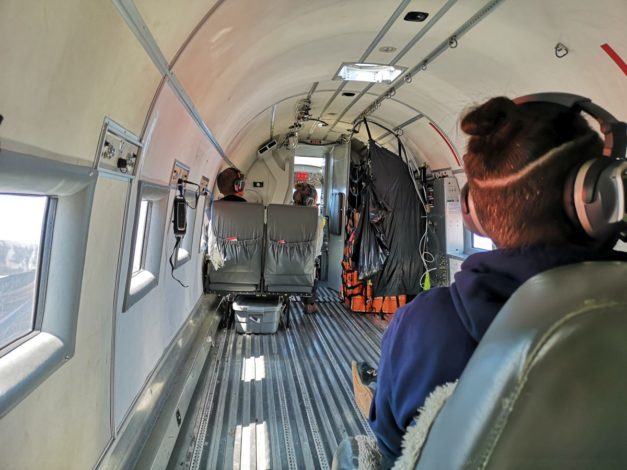 Equipped for research, not for passengers. The Polar 5 is perfectly equipped for extreme conditions and can land without difficulty on snow pistes, for example to carry out expeditions lasting several weeks in the Arctic and the Antarctic. (Image: FAU/Matthias Braun) 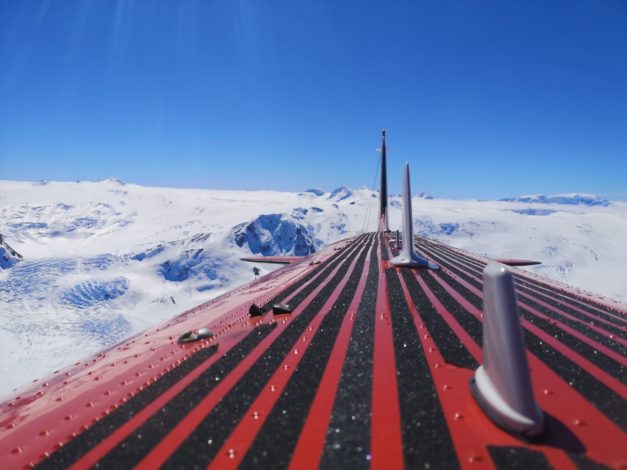 The aircraft is extremely well equipped, even with a small astrohatch on the roof. (Image: FAU/Matthias Braun) 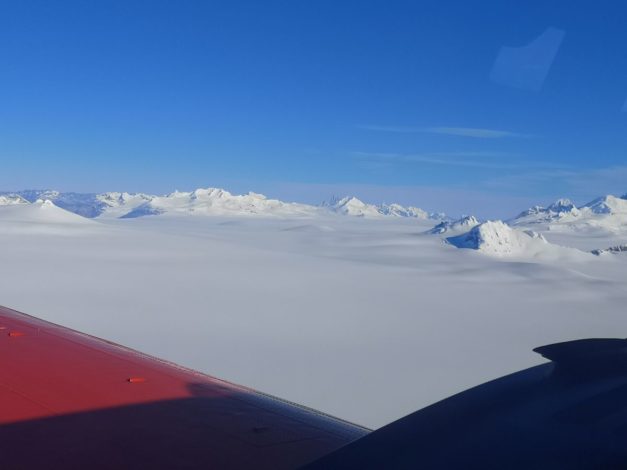 The weather was good enough to carry out measurements on three days. (Image: FAU/Matthias Braun) 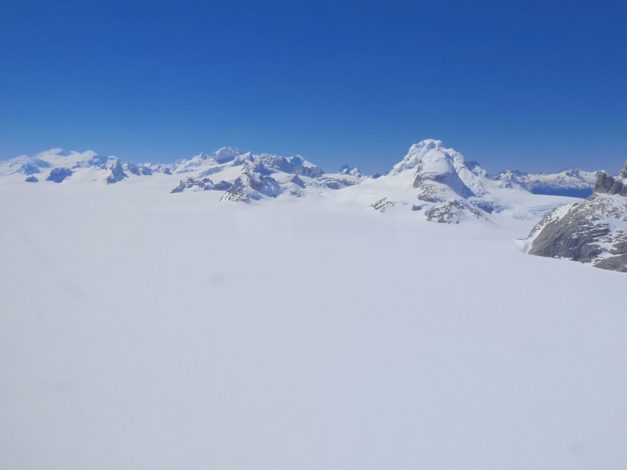 The Patagonian ice field stretches over approximately 18,000 square kilometres, and is roughly as large as the state of Rhineland-Palatinate in Germany. (Image: FAU/Matthias Braun) 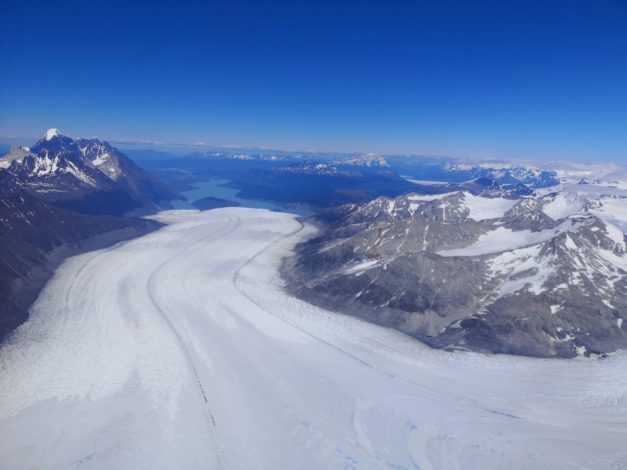 With the latest measurement campaign, FAU and TU Dresden hope to obtain a more accurate picture of how much the glaciers have changed in height. The data obtained during the flights is combined with satellite data and information from expeditions over the ice. (Image: FAU/Matthias Braun) 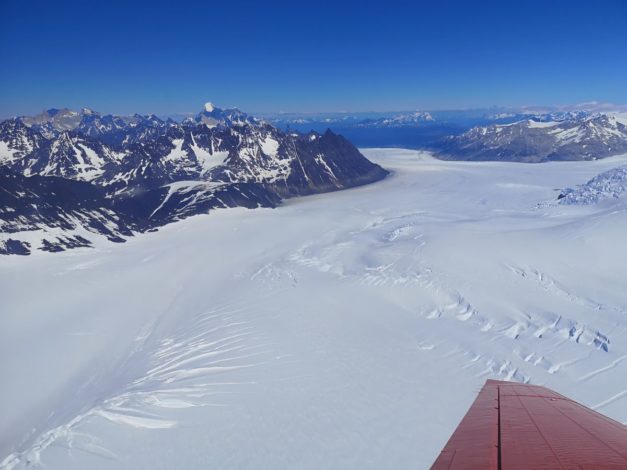 There is still a lack of comparable data from inaccessible regions such as Patagonia, Alaska, Greenland and Antarctica. (Image: FAU/Matthias Braun) 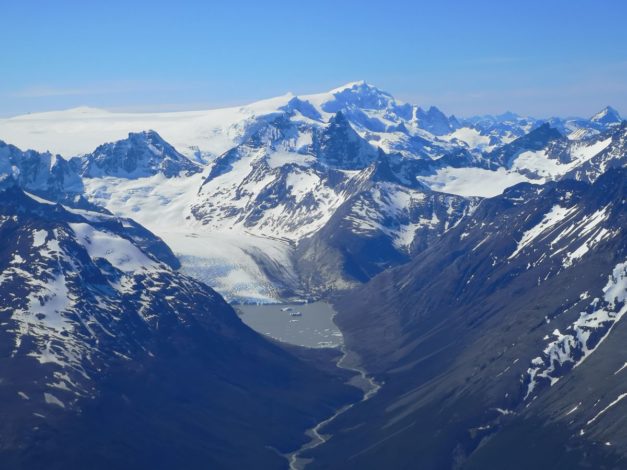 The scenery may look untouched when seen from the sky, but the researchers have already noticed significant changes to the glaciers. (Image: FAU/Matthias Braun) 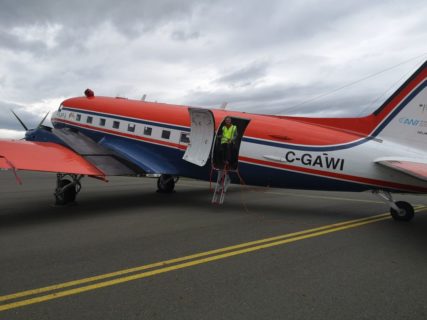 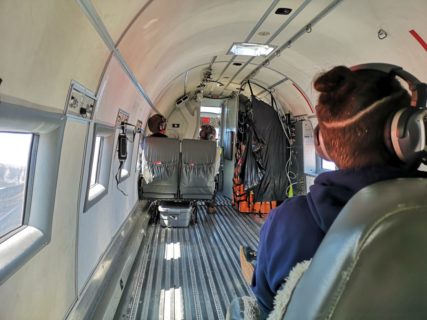 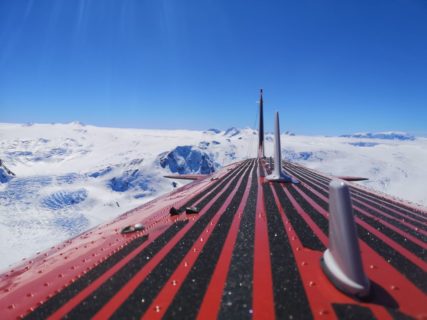 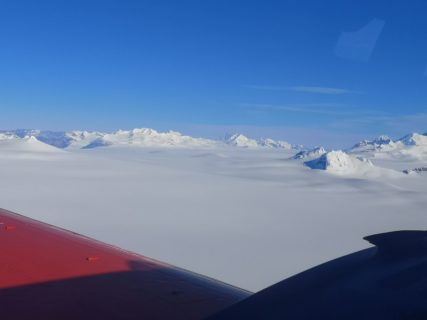 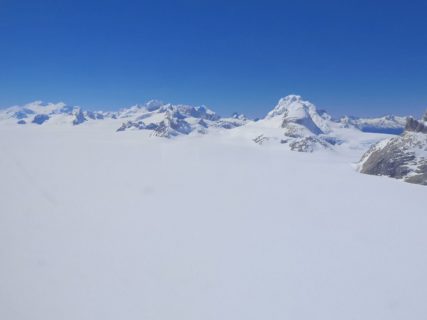 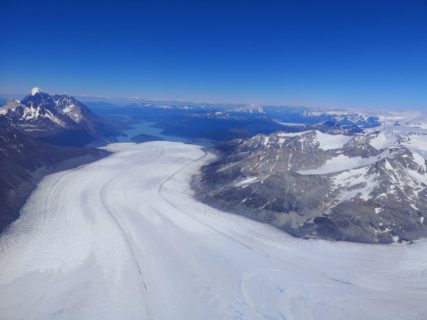 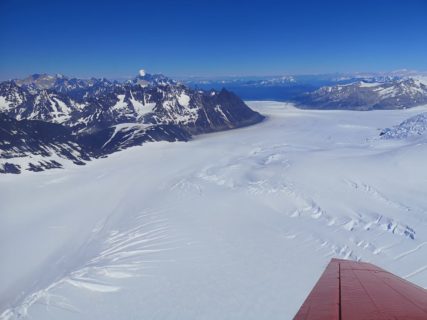 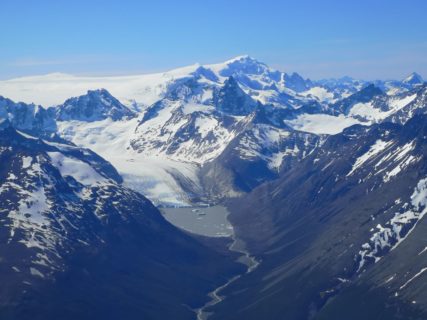 The scientists hope that they will have repeated opportunities to take measurements using the Arctic aircraft in years to come, ideally to an even greater extent. As well as allowing researchers to obtain valuable measurement data, the flights are a unique and amazing experience.

‘The scenery we experience on our flights is unbelievably spectacular,’ enthuses Braun. ‘The views from above are simply stunning. It gives you a much better impression of the scale of things and you can make more accurate connections between the changes identified in the satellite images and the terrain and ongoing processes.’