Analyzing images of a reformer

Analyzing images of a reformer

727 images of Luther have been researched and cataloged

Images of Martin Luther are still well known all over the world. Lucas Cranach the Elder, in particular, was responsible for producing various images of him: Luther as a pious monk, under the pseudonym of Junker Jörg, as the reformer or as a husband together with his wife Katharina von Bora. Researchers at the Germanisches Nationalmuseum (GNM) in Nuremberg, Friedrich-Alexander-Universität Erlangen-Nürnberg (FAU) and TH Köln, have examined a total of 727 works from the period between 1519 and 1530 over the course of the past four years. This research has resulted in a comprehensive catalog that is now freely available to all online. 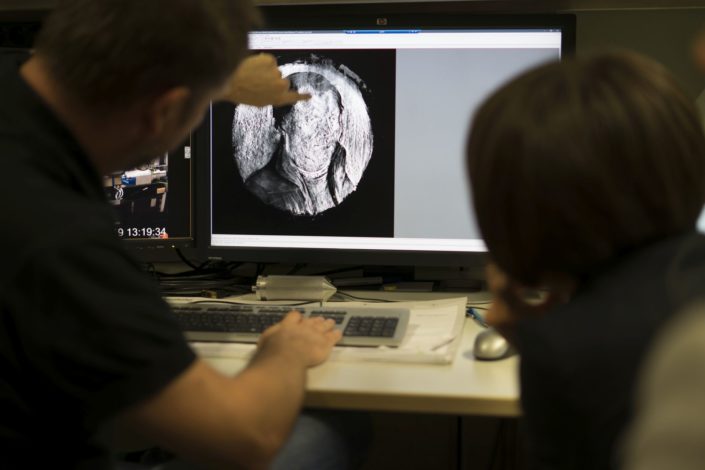 Analysis of a micro computer tomography image of the Wittenberg Luther tondo at the Fraunhofer Development Center for X-ray Technology (EZRT) in Fürth. (Image: EZRT) 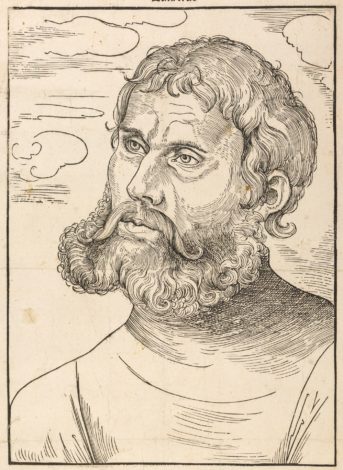 Martin Luther as Junker Jörg in a woodcut by Lucas Cranach the Elder, 1522 (Image: CCL) 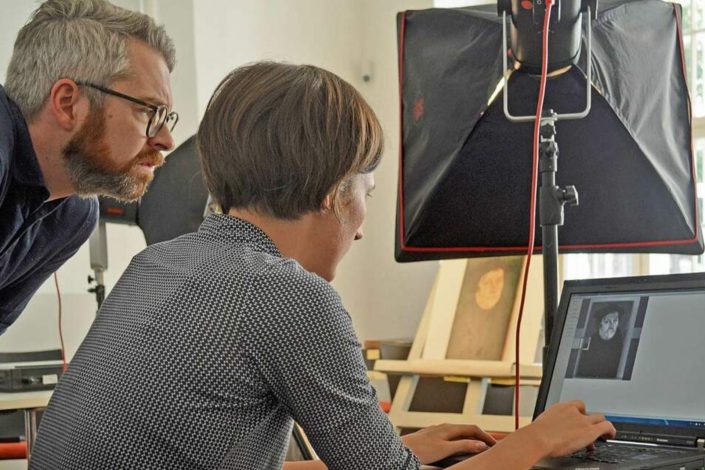 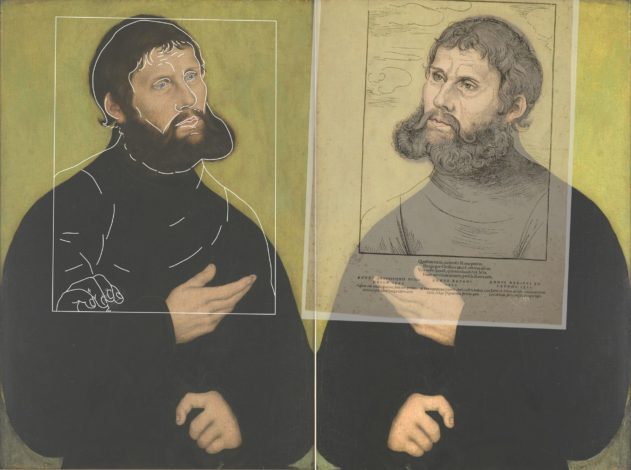 Matching contours of the faces of Luther in a “Junker Jörg” painting and woodcut lead to the conclusion that the same draft image was used as the basis for both works. (Image: Wibke Ottweiler, GNM Nuremberg) 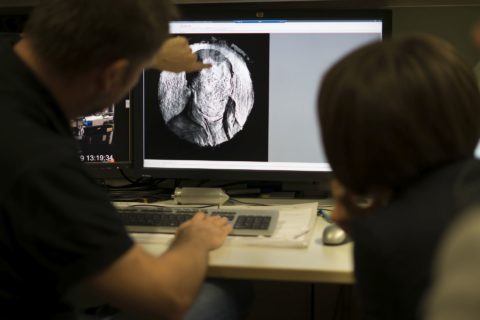 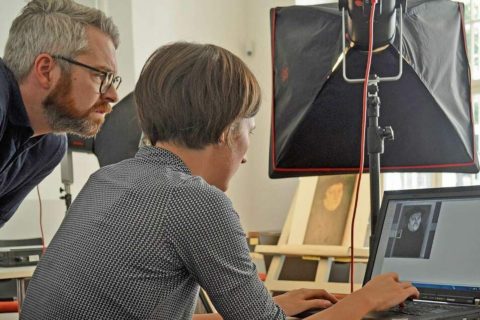 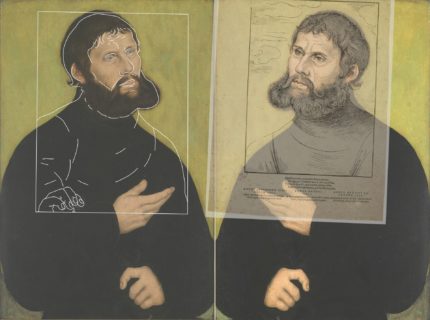 Martin Luther’s significance for European religious and cultural history is undisputed. While his written works have all been collected, portraits of Luther, which are equally important for the history of his impact, had not been systematically recorded up to now. “Images of Martin Luther continue to shape the identity of Protestant Church and its theology to a great extent,” says Prof. Dr. Anselm Schubert from the School of Theology at FAU, “which means it is important that we now have proof of the fact that these images are actually contemporary works from the first few years of the Reformation.”  The critical catalog of images of Luther means we now can now evaluate the historic authenticity of these images for the first time.

The interdisciplinary research team included researchers from the fields of art history, art technology, Reformation history and digital pattern recognition. Using visual technology and scientific analysis, a total of 641 prints and 86 paintings were examined, digitalized, recorded and evaluated using the latest approaches in pattern recognition. The research project received funding from the Leibniz Association due to its innovative combination of methods and findings from the humanities, sciences and information technology.

The interdisciplinary research has produced a comprehensive catalog of images that offers an overview of the current state of research and the results of the project. “The individual datasets enable us to make direct comparisons between high-resolution image files of paintings or with infrared reflectograms. This means we can better understand the working process as well as similarities and differences between individual works, for example the various steps of the creation process or subsequent revisions. This method also allows us to see traces of aging or those caused by restoration work,” says Wibke Ottweiler from the Germanisches Nationalmuseum in Nuremberg.

Numerous cross references enable conclusions to be made about the authenticity of the images and their value as a source in Reformation history. “The catalog shows, for example, that famous images of Luther in particular, such as his portrayal as “Junker Jörg” are not posthumously produced and staged images of Luther from a later period in time, but rather originate from the early years of the Reformation at around 1522,” explains Daniel Görres from the Germanisches Nationalmuseum in Nuremberg. This underpins the significance of earlier images of Martin Luther.

Catalog is integrated in the Cranach Digital Archive

The Critical Catalog of Luther Images (1519–1530) is available on the website of the Cranach Digital Archive (CDA). The CDA is an initiative of Kunstpalast Düsseldorf and TH Köln with around 350 museums, research institutions and churches in 35 countries. The joint research project has been focusing on digitally recording and researching the works of Lucas Cranach the Elder, one of the most important painters of the German Renaissance.

“Both the Critical Catalog and the Cranach Digital Archive provide an internet-based infrastructure for academic collaboration and further research. At the same time, both platforms enable members of the public to take a closer look at the images at a level of detail never seen before,” says Prof. Dr. Gunnar Heydenreich, Project Director of the CDA.

The catalog was developed by Cologne Institute of Conservation Sciences (CICS) and the Advanced Media Institute at TH Köln, the GNM and its Institute for Art Technology and Conservation (IKK) in Nuremberg, as well as FAU. The project managers were art historian Prof. Dr. Daniel Hess (GNM), church historian Prof. Dr. Anselm Schubert (FAU), the project director of the Cranach Digital Archive, Prof. Dr. Gunnar Heydenreich (CICS), the director of the IKK, Oliver Mack (GNM), as well as computer scientist Prof. Dr. Andreas Maier (FAU). The project was funded for a period of four years by the Leibniz Association as part of the Leibniz Collaborative Excellence funding program.