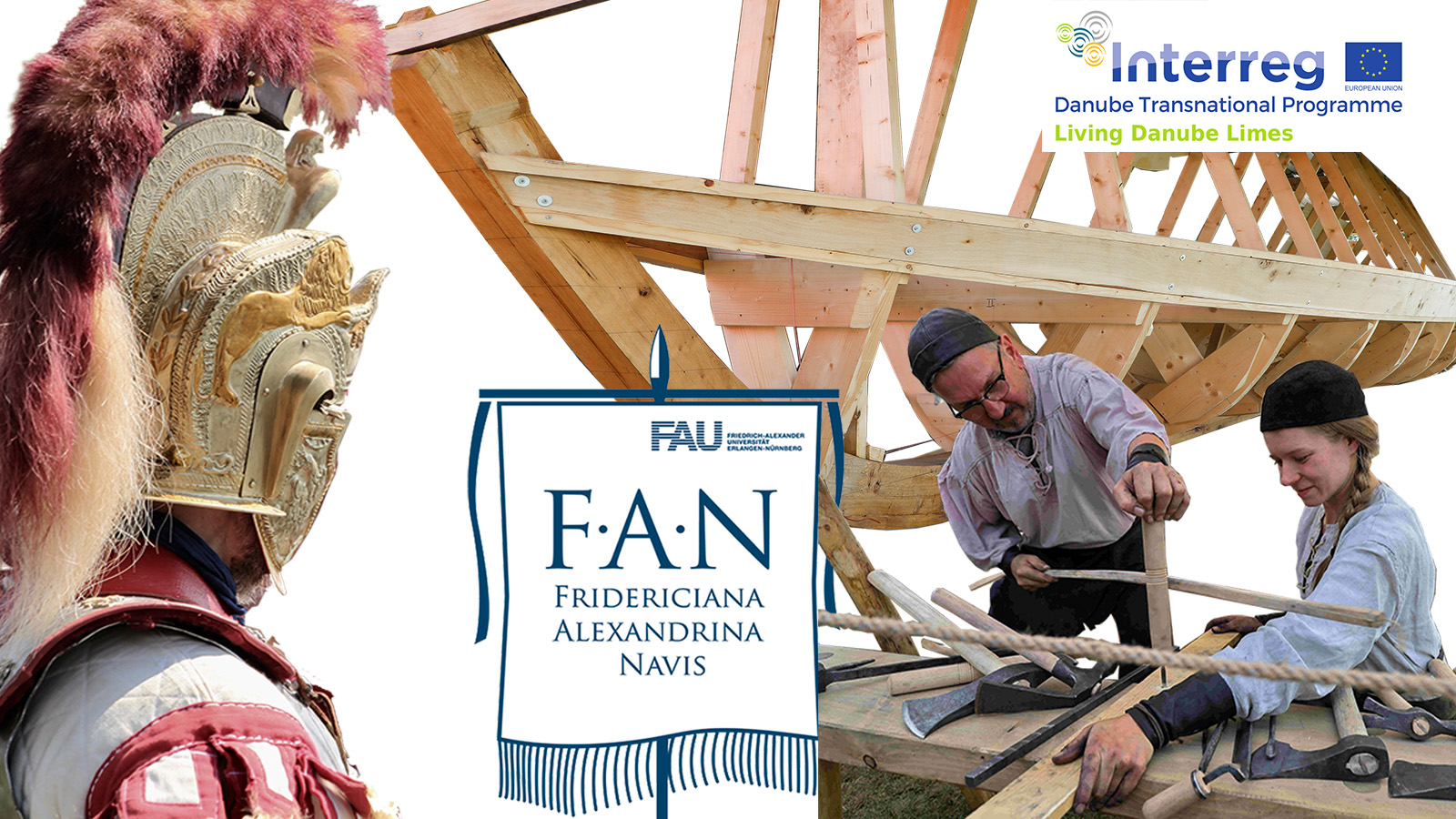 When Roman emperors and generals began conquering the region along the Rhine and Danube from the first century AD onwards, there were initially no roads. Only one means of transport was available to carry troops, goods and news from distant regions to the wilds of the north: by ship on the rivers.

What did these Roman ships, or rather boats, that the Romans used to advance deep into this territory and later used to patrol the river boundaries look like? What were they made of? Which technology was used to propel them? Which speeds could they achieve and which distances could they cover? Who were the rowers? The answers to some of these questions have already been found, but what was it like in real life? Prof. Dr. Boris Dreyer, an expert in ancient history, has been exploring these questions in a very special way since 2016, when he began reconstructing and testing Roman river boats, taking them as far as the Black Sea. It goes without saying that he cannot tackle such a mammoth project single-handedly. He is assisted by professional boat builders, students and a great many volunteers

During the first project, which began in December 2016, Prof. Dreyer and his team of helpers reconstructed a Roman riverboat that would have been used at the beginning of the second century AD. The Fridericiana Alexandrina Navis, F.A.N. for short, was launched in March 2018 and made her maiden voyage in May, before departing for the Black Sea in August. Construction of a new boat called the Danuvina Alacris (or D.V.C.) began with the keel laying in May 2021 within the framework of the EU Interreg DTP project “Living Danube Limes”. Boats of this type navigated the river boundaries of the Roman Empire in the fourth century AD. Beyond the scope of these projects and with the help of other reconstructions, Prof. Dreyer is also investigating how ancient bread ovens worked or how accurately Roman catapults could shoot.

It’s easy to join in. Just register at zuv-roemerboot@fau.de 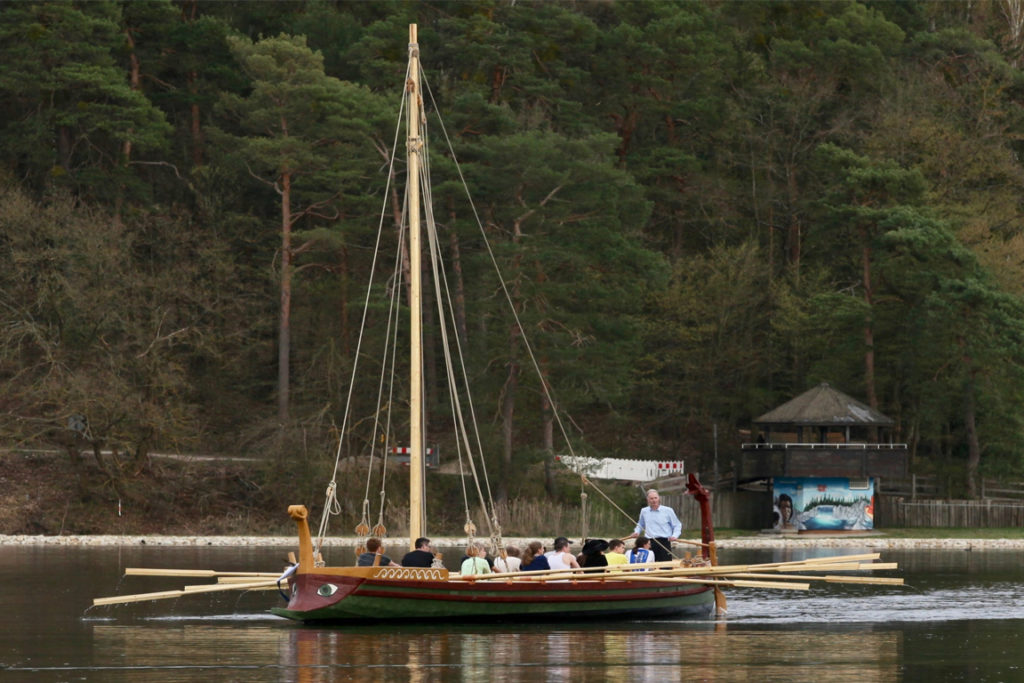 On the water with the Roman boat F.A.N (image: FAU/Claus Maison)

Fridericiana Alexandrina Navis, F.A.N. for short, is based on two wrecks discovered in Oberstimm and now displayed in the Roman and Celtic museum in Manching. They are from the period A.D. 100 and were used as patrol and convoy boats, guarding the borders and providing a first line of defence in the waters of Middle Franconia and along the Danube.

more on the F.A.N. project 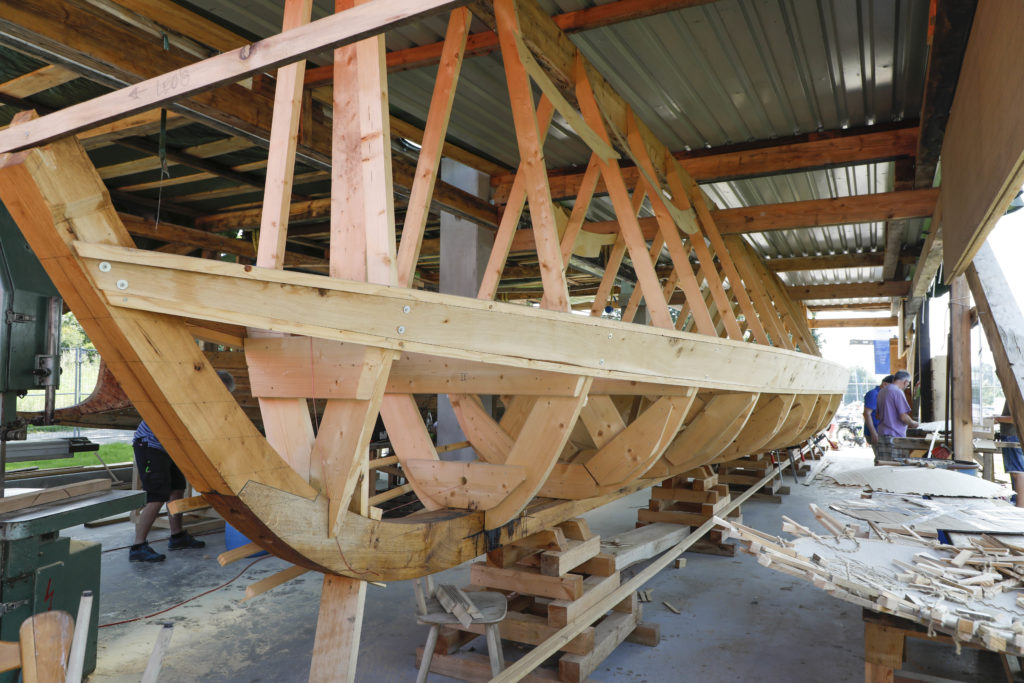 There is still a lot of work to be done on the D.V.C.  (image: FAU/Giulia Iannicelli)

The Danuvina alacris, D.V.C. for short, is based on the ship wrecks Lusoria I and V in the Museum of Ancient Seafaring, Mainz. They are originally from the 4th century A.D. and were designed to be flat rowing boats. These patrol and convoy boats were also used to guard borders and act as a first line of defence.

more on the D.V.C. project

Can’t get enough of the F.A.N.? Why not get your own model of this historic vessel at a scale of 1:20 for 49 euros? Just send an e-mail to the Professorship for Ancient History at boris.dreyer@fau.de.

The kit does not contain paint, glue, ropes or a sail.

At this point content of an external provider (source: YouTube) is integrated. When displaying, data may be transferred to third parties or cookies may be stored, therefore your consent is required.

The F.A.N. and the story behind her construction

At this point content of an external provider (source: YouTube) is integrated. When displaying, data may be transferred to third parties or cookies may be stored, therefore your consent is required.

A regatta featuring the F.A.N and the Lusoria from Regensburg