Is it possible to measure the height a kernel has jumped solely on the basis of the sound it makes when it pops? Why do some objects change colour when they are wet? You may sometimes have stopped to wonder about everyday phenomena such as these, but would you be able to try and explain them based on physical calculations? This is the task six physics students from FAU going by the name of the FAUltiere have set themselves.

Sycamore seeds and radios made of vegetables

In April 2019, the students had the opportunity to represent Germany at the International Physicists’ Tournament in Lausanne. Four of the team members – Paul Fadler, Lucia Härer, Simon Michalke and Janna Vischer – already took part in Moscow in 2018. Aakash Bhat and Andreas Gramann joined the team later on. That was when they decided on the name FAUltiere (‘the sloths’). They qualified for the tournament at the German competition in Frankfurt. Not that they saw much of the city of Frankfurt: ‘At first, we just wanted to take part. However, that soon all changed when our ambition kicked in, and we spent all afternoon and evening checking our solutions and doing further calculations,’ explains team captain Janna Vischer. 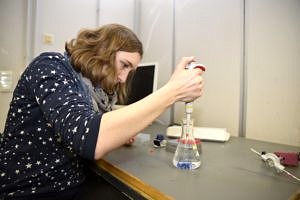 This year, the teams had to find out which fruit or vegetable they could use to make the best sounding radio or investigate under which circumstances sycamore seeds can fly particularly quickly. Teams can choose from a total of 17 problems such as these, and each team has four jokers. ‘We never really finish working on our solutions. Sometimes we work on them until the very last minute and are still not entirely satisfied. It really is a work in progress,’ say the FAUltiere.

During the week of the competition, there are several ‘physics fights’, where three teams compete against each other. In each round, one team, the reporter, presents a solution, another team, the opponent, criticises the solution and points out its weaknesses and a third team, the reviewer, evaluates them both. A jury then allocates the points. ‘The preparation and presentation are only part of the challenge. The trickiest part is challenging the other teams and listening to their criticism,’ says Paul Fadler. It is definitely worthwhile having a clever strategy as well as preparing well. As each problem can only be presented once, there are fewer and fewer options left after each round. This means that teams are sometimes unable to deal with the problem they had actually prepared best. Bearing this in mind, the FAUltiere devoted some time to designing a strategy for the last competition. At the end of the day, the teams need to be able to work well together and to have luck on their side. ‘When it came to the final, each of us chose one part of the problem and prepared that well. Some of us are better at theory, others better at experimenting. We all have different strengths,’ says Janna Vischer.

Support from their professor

Whilst nothing has gone seriously wrong so far, Lucia Härer found two competitions particularly challenging: ‘Last year I had to go on stage very often, as both of my problems were chosen. It wasn’t easy, but then I thought, oh well, it won’t happen again this time. But I was wrong: my problem was the first to be chosen again, then I had to challenge the next one as well, and go on stage for the final. It was hard work,’ she admits. 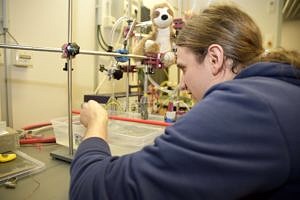 The physics competitions are better known in other countries such as France and Ukraine. In order to be able to enter for Germany, the FAUltiere approached Prof. Dr Schmiedeberg, professor of theoretical physics at FAU, and he has supported them ever since. They are provided, for example, with a budget and a room in which they can carry out experiments. He also offers a seminar dealing with the problems.

The preparations for the competition cover both theory and practice. The team splits the problems up between them. Everyone is given one or two problems to solve using calculations and experiments. The team meets once a week to brainstorm and discuss different approaches. ‘Two heads are definitely better than one when it comes to thinking of smart solutions,’ says Janna Vischer.

Click on the image to open the pdf file.

This text was first published in our magazine alexander. In Issue 110 (German), we are taking a look at 100 years of the School of Business, Economics, and Society, looking through bones and images of the self and others. In addition, we’re discussing funding and support for teaching, oil ‘magnets’ and life-threatening superstitions.