Interview: “Germany is truly a second home to me”

Interview: “Germany is truly a second home to me”

At the beginning of the 1990s, his path led him to FAU in Erlangen. From 1991 to 1992 Prof. Boytschev researched and taught at FAU as a visiting professor at the then Chair of Electrical Power Supply under the direction of Prof. Dr. Hosemann. The German Academic Exchange Service (DAAD) supported his stay. Prof. Boytschev is still very proud of his German education and remembers his time in Germany with much goodwill.

In this interview Prof. Boytschev goes back on a short journey through time.

I chose FAU because FAU is an old and world-famous European university.

Electrical Engineering serves as a basis for numerous other sciences and for important research of our time, which is what really fascinates me about this field of research. Originally, my interest was sparked by physics and mathematics when I was a pupil at High School.

Later, when I was a student of electrical networks, control centres and systems at the TU Sofia, the scientific adviser of my Diploma thesis published my research in his University textbook “Stabilty of Electrical Systems” in 1959. He even mentioned my name in the context of my contribution in the preface of the book although at that time I was only a student who was about to graduate. 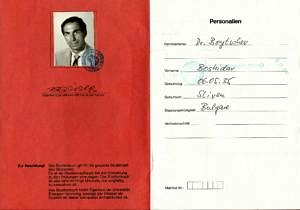 You were a visiting professor at FAU from 1991 to 1992 in the frame of a DAAD scholarship. Why did you choose FAU back then?

I chose FAU because FAU is an old and world-famous European university. FAU looks back on 277 years of history and counts such great and world-famous scientists as Georg Simon Ohm among its alumni. He was born in Erlangen and was himself a professor of physics at FAU in 1811.

What did you research during your time at FAU? 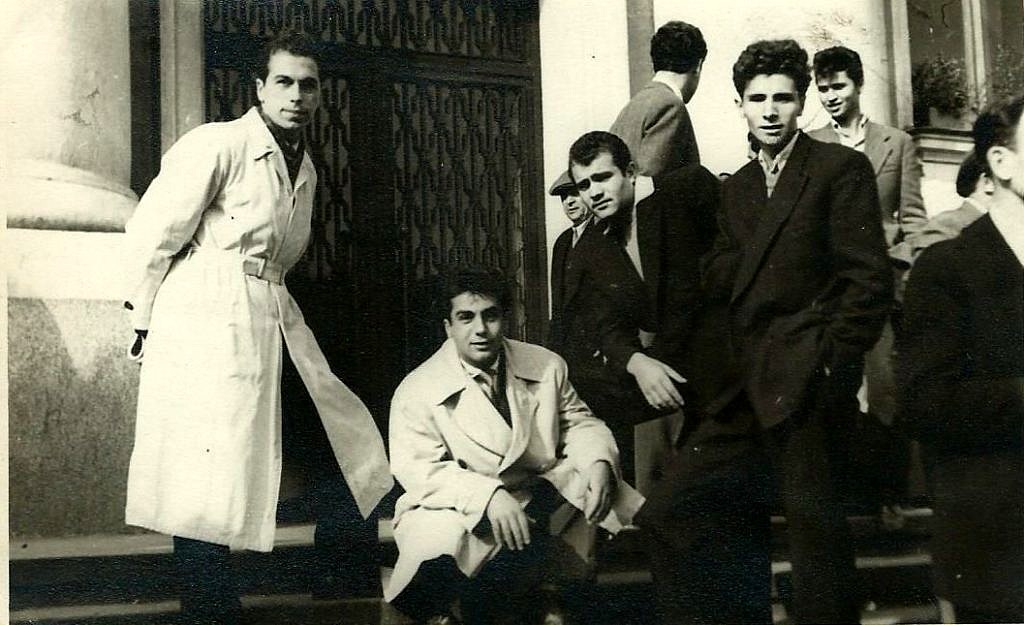 You came to FAU and Erlangen shortly after the fall of the Iron Curtain. How did that make you feel?

That was a very special feeling back then. You felt free and relaxed in Germany and there was and is freedom of thought. Of course, even today not all is perfect in Germany, but it´s still an amiable country. I always feel good in Germany and eventually I realized: I am always at home in Germany!

What do you especially like to remember when you think back to your time at FAU and in Erlangen?

When I think back to my time at FAU and in Erlangen, then I especially like to remember the new friends I made, the German culture, the technology, the science and my beautiful and passing youth. 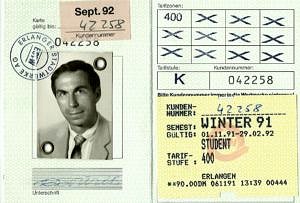 Did you have a favourite place at FAU and in Erlangen?

Of course I had favourite places at FAU an in Erlangen, for example the beautiful Schlossgarten, the University canteen and the numerous cafés, where I loved to enjoy a cup of coffee with milk. In Erlangen, I liked the Hugenottenplatz with the book market, the old town, the city museum and my cozy flat in the student residence at Erwin-Rommel-Straße with the forest nearby.

Did you have a chance to explore the surrounding area during your time at FAU?

I had that opportunity, indeed. For example, I visited the city of Coburg, where the former Czar of Bulgaria, Ferdinand I. of Sachsen-Coburg and Gotha, and his second wife were buried in the crypt St. Augustin in 1948. In Bulgaria, he is still known under the nickname “Schlauer Ferdie” (smart Ferdie).

Of course, even today not all is perfect in Germany, but it´s still an amiable country. I always feel good in Germany and eventually I realized: I am always at home in Germany!

What advice would you give the students of today?

It is worthwhile and tempting to study and live in Germany, the land of new ideas. I also think it is important to learn German as a foreign language and as a “window to the world”, for example by learning Goethe. Learning languages opens up so many possibilities. Besides German, I myself speak and write English, Russian and Serbo-Croatian, furthermore I have basic knowledge of many other languages.

Prof. Dr. Boytschev has already seen a lot of the world. Here are some impressions:

Very often, the German language is the language of my thoughts and Germany is truly a second home to me. Furthermore, as an alumnus of FAU, I see myself as a real mediator of German culture and science around the world.

Thank you very much for the interview, Prof. Dr. Boytschev.

In 1962 Prof. Dr. Boytschev started working at the Scientific Design and Research Institute for Energetics (SDRIE) ENERGOPROJECT – Sofia. For more than 30 years, until 1993, he worked there as a professor and manager of the research field of electrical networks and systems. Since 2002 he has been a professor at the Department of Electrical Engineering at the TU Sofia

Prof. Boytschev is a member of the Institute of Electric and Electrical Engineers (IEEE) in America and of the editorial board of Marine Engineering Frontiers (MEF) in South Korea.