Shanghai Ranking 2021: FAU in the top 100 universities in five subjects

Shanghai Ranking 2021: FAU in the top 100 universities in five subjects

Telecommunication Engineering once more in first place in Germany.

In the latest Shanghai ranking, FAU is once more among the world’s best 100 universities in five subjects: Energy Science and Engineering (46th place), Telecommunication Engineering (58), Metallurgical Engineering (64), Medical Technology (69) and Chemistry (99) all defended their place in the top 100. 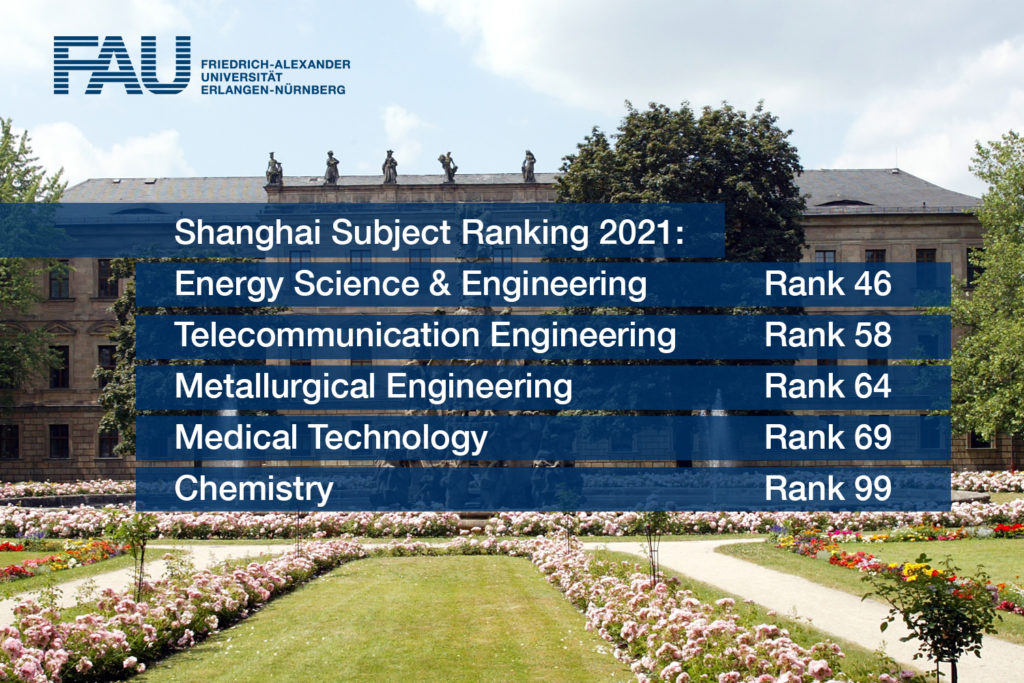 Research into telecommunication engineering and energy science and engineering is carried out at the Department of Electrical, Electronic and Communication Engineering (EEI). Researchers have been conducting cutting-edge research in the three focal areas of electrical energy technology, information and communication technology and electrical systems for several years now. Just recently, the German Research Foundation (DFG) approved a new research training group and a new collaborative research centre.

The collaborative research centre, for example, will develop methods and technologies during the course of the next four years that will provide new fundamental knowledge about linking internal biomedical processes with information from external movements that can be recorded using sensors. More information is available on the departmental website.

The Shanghai Ranking, officially known as the Academic Ranking of World Universities, has been published on an annual basis by the Shanghai Jiao Tong University since 2003. A total of 54 individual subjects are assessed from the fields of natural sciences, engineering, life sciences, medical sciences and social sciences on the basis of various indicators. The ranking focuses on research. Indicators taken into consideration include research publications, citations, Nobel prizes and Fields medals. More than 4000 universities from 93 countries were evaluated and 1,800 listed in this year’s ranking.

The entire ranking and further information is available on the Shanghai ranking website.