Contributing to the decision-making process

It consists of the elected members of the Senate and important figures from the worlds of scholarship, culture and practice. The Executive Board, the Women’s Representative and the Doctoral Candidates’ Representative participate in its meetings in an advisory capacity. A representative of the Bavarian State Ministry of Education, Science and the Arts is invited to its meetings. 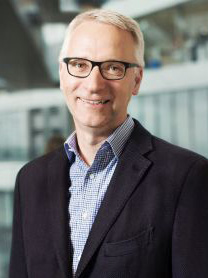 Roland Auschel, who holds a diploma in Business Administration, a BA in European Business Studies (UK) and an MBA (USA), began his career at adidas in strategic planning, later taking on management posts in the company at the regional and global levels. His previous roles include Business Unit Manager, Key Account Manager Europe, Managing Director Market Central and Head of Region Europe, Middle East and Africa. He became Chief Sales Officer for Multichannel Markets in 2007. He is currently a member of the Executive Board of adidas AG in Herzogenaurach. Roland Auschel represents FAU’s involvement with local businesses and its wide network of regional, national and international contacts with global players in industry.

Dr. rer. nat. Roland Busch, born in 1964, is an alumnus of FAU. He studied physics here and at the University of Grenoble. He started his career in 1994 at Siemens AG, as a project manager at the Global Research Department, before he moved to the Strategic Planning department in the Automotive Division in Regensburg in 1995. He held several other leading positions in various departments and regions within Siemens. Dr. Roland Busch became a member of the Managing Board at Siemens AG in 2011. He was initially responsible for the Infrastructure and Cities sector, before. being appointed Chief Technology Officer, in charge of Research and Development. Subsequently, he was named Deputy CEO. Since February 2021, Dr. Busch has been the President and CEO of Siemens AG. Dr. Busch represents sciences and engineering at FAU, and his long and varied experience in a major international company makes him a particularly valued advisor for FAU. 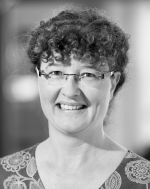 Prof. Dr. Carola Jäggi, born in Winterthur, Switzerland, studied the History of Art at the universities of Basel, Zurich, Freiburg im Breisgau and Bonn, in addition to archaeology and ethnology. She obtained her doctorate in 1995. Carola Jäggi has held posts as a doctoral thesis scholar of the Max Planck Society at Bibliotheca Hertziana in Rome, as a freelancer at the archaeological specialist institute Kantonsarchäologie in Zurich and as a research fellow at the University of Basel. In mid-2000, she was appointed to a temporary 18-month C1 post at the Institute of History and Art History at Technische Universität Berlin. From 2002 to March 2013, Carola Jäggi was Chair of Christian Archaeology and Art History at the Faculty of Humanities, Social Sciences, and Theology at FAU. She also acted as Women’s Representative and Dean of Studies. Since April 2013, Prof. Dr. Carola Jäggi has been Professor of Medieval Art History and Archaeology of the Early Christian and High and Late Medieval Period at the University of Zurich.

In the University Council, Prof. Dr. Carola Jäggi can draw on the extensive experience which she has garnered at various universities. 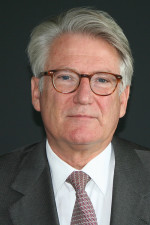 Peter Kurz is chairman of LEONHARD KURZ Stiftung & Co. KG in Fürth, an international group which is a global leader in transfer and coating technology and has 4500 employees. KURZ manufactures and sells decorative and functional hot stamping foils for a wide range of applications. After studying Business Studies at the European Business School in Frankfurt, Paris and London, Peter Kurz became the fourth-generation managing director of the family company. In addition to this role, he is also a voluntary member of the Executive Board of the Arbeitgeberverband der Bayerischen Chemischen Industrie. Peter Kurz was previously a member of FAU’s Advisory Board. By making him a member of the University Council, the university hopes to benefit further from his expertise by including a representative of SMEs/hidden champions of business on the University Council. 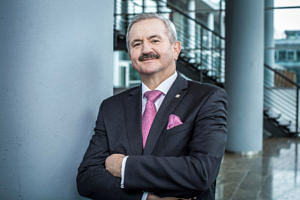 Professor Reimund Neugebauer was born on 27 June 1953 in Thuringia, Germany. He studied mechanical engineering at Technische Universität Dresden (TUD), where he obtained his doctoral degree in 1984 and completed his habilitation in 1991. After working as a manager in industry, he returned to TUD as a university lecturer in 1989, and was appointed Head of the Institute of Machine Tools in 1990. In 1992, the Fraunhofer Research Institution for Forming Technology and Machine Tools was established and Professor Neugebauer was appointed a director of the institute, responsible for machine tools and automation technology. In 1994, he was appointed Executive Director of the research institution now known as the Fraunhofer Institute for Machine Tools and Forming Technology IWU, and remained in that position until September 2012. In 1993, was appointed temporarily to the Professorship of Machine Tools at Chemnitz University of Technology, and became the regular holder of the chair in 1995. From 2000 to 2012, he was the Executive Director of the Institute of Machine Tools and Production Processes at TU Chemnitz, and from 2003 until 2006 he was also the Dean of the Faculty of Mechanical Engineering. On 1 October 2012, Professor Neugebauer became the President of the Fraunhofer-Gesellschaft. Two of the many awards Professor Neugebauer has been presented in recognition of his achievements are the Officer’s Cross of an Order of Merit of the Federal Republic of Germany (Bundesverdienstkreuz 1. Klasse der Bundesrepublik Deutschland) and an Order of Merit of the German State of Saxony (Sächsischer Verdienstorden). 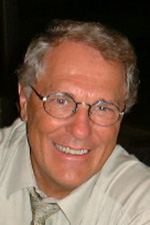 Born in Switzerland, Prof. Nigg studied Nuclear Physics at the Swiss Federal Institute of Technology in Zurich (ETH Zurich). He began his career in biomechanics in 1971. and became director of the biomechanics laboratory at ETH Zurich in 1976. In 1981, he moved to the University of Calgary, where he established and developed the Human Performance Laboratory, a multidisciplinary research centre with approximately 180 researchers working on research into the human body and how it moves. The goal of this work is to improve mobility and quality of life. Prof. Nigg has received numerous prizes and awards for his research (over 16,000 citations, Google Scholar in January 2016), including the Olympic Order, an honorary doctorate of the University of Salzburg and an honorary professorship at the Shanghai University of Sport. His experience as a dean at the University of Calgary in Canada, which is comparable to FAU, his work as a member of the Alberta Economic Development Authority, a think tank of the Alberta provincial government, and his practical experience in developing and managing spin-offs as well as his business contacts are incredibly valuable for FAU. 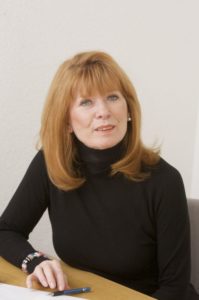 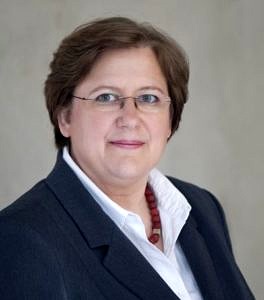 Prof. Dr. iur. Beate Rudolf has been the Director of the German Institute for Human Rights since 1 January 2010. Previously, she was a junior professor for public law and equality law at the School of Law at Freie Universität Berlin for six years and led the sub-project ‘Requirements under international law for governance in weak and failing states’ as part of the collaborative research centre ‘Governance in areas of limited statehood’. Her research focuses on fundamental and human rights and principles of state structures as set out in international law, European law and German constitutional law as well as taking a comparative law approach. In addition to more than 20 years of experience in research and teaching in these areas (at the universities of Bonn, Düsseldorf, Tulane Law School in New Orleans and Freie Universität Berlin), she has practical experience of working in human rights, for example during her legal training at the Human Rights Directorate at the Council of Europe, as a representative of complainants at the European Court of Human Rights and many years voluntary work within the Deutsche Juristinnenbund (German Women Lawyers Association) and the European Women Lawyers Association, where she was vice president until the end of 2011. From 2016 to 2019, she was the head of the Global Alliance of National Human Rights Institutions (GANHRI). 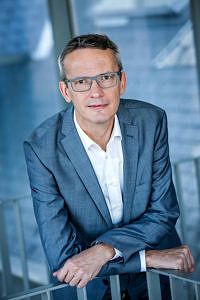 Luc Sels, born in 1967 in Merksem, Belgium, is rector of KU Leuven. His four year term of office as rector began on 1 August 2017. He began working at KU Leuven in 1996 as an assistant professor and from 2004 as a professor at the Faculty of Economics and Business. He was elected dean in 2008, and he was re-elected in 2013 for a second term of office. From 2013 onwards he was an adviser to the rector for integration at KU Leuven. Luc Sels is honorary professor at Cardiff University and a research associate at Vlerick Business School.

With Prof. Dr. Luc Sels, FAU is intensifying its links to prestigious international universities, as well as benefiting from his experience as the rector of the most innovative university in Europe.

Members of the Senate with voting rights