Knowledge in motion: FAU family meets up in Canada

Knowledge in motion: FAU family meets up in Canada

According to the latest Reuters ranking, FAU is not only one of the most innovative universities in the world, it also has an excellent international network with approximately 600 researchers and roughly 5,000 students from around the world, as well as numerous global partnerships with other universities. Alumni of the University who have returned to their home countries after spending time in Erlangen and Nuremberg are also part of this large, extended FAU family. FAU in general, and those responsible for alumni management at FAU in particular, are keen to keep in touch with these former students and researchers. 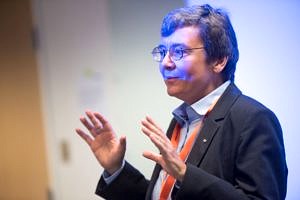 Bearing this in mind, FAU applied to the Alexander von Humboldt Foundation in 2017 for assistance in organising a reunion for research alumni abroad. Their bid was successful: in September 2018, a networking event was held at the Institute for Computing, Information and Cognitive Systems (ICICS) at the prestigious University of British Columbia (UBC) in Vancouver, Canada, at the event “Knowledge in Motion: FAU Research Alumni Meeting Vancouver 2018 – The Future of Digital Innovation”. The active support of our host at UBC, Prof. Vijay Bhargava, FAU ambassador and internationally renowned researcher in the field of digital data transmission, was instrumental in allowing us to hold the reunion at such an attractive location. Among those attending from FAU was Professor Kathrin Möslein, FAU Vice President Outreach, who seized the opportunity to network with the alumni: “The international research alumni are an indispensable part of the FAU community. They represent our FAU throughout the world. I was very pleased when I was offered the opportunity to take an active part in this networking event”, Prof. Möslein said.

Video of the meeting: 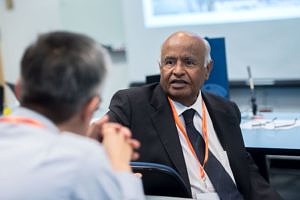 Approximately 30 former FAU researchers travelled from such prestigious universities as Stanford University, Ryerson University or Stevens Institute of Technology and companies such as Silver Hill Partners LLC to come together in Vancouver. Whilst it was the perfect opportunity to make new contacts and network with the FAU family, participants also met with professors from FAU and the UBC to share their views on one of the most discussed topics in science and industry: the future of digital innovation. Presentations were given, among others, by Prof. Kathrin Möslein and Prof. Gail Murphy, Vice President of Research and Innovation at UBC, outlining the special structures and institutions at FAU and UBC to encourage and promote innovation. After the presentations, a podium discussion was held on the differences, challenges and common aspects of the North American and German research landscape, followed by a tour through the technical labs at UBC. There was also plenty of opportunity for networking during the event in Vancouver. “New contacts were consolidated and ideas for new projects developed, for example during the networking dinner”, explains Christina Dworak, who is responsible for international marketing in the Marketing Department of FAU and organised the event. “The event was very well received, showing that there is a real need for an occasion to share opinions and keep in touch with our FAU family.” 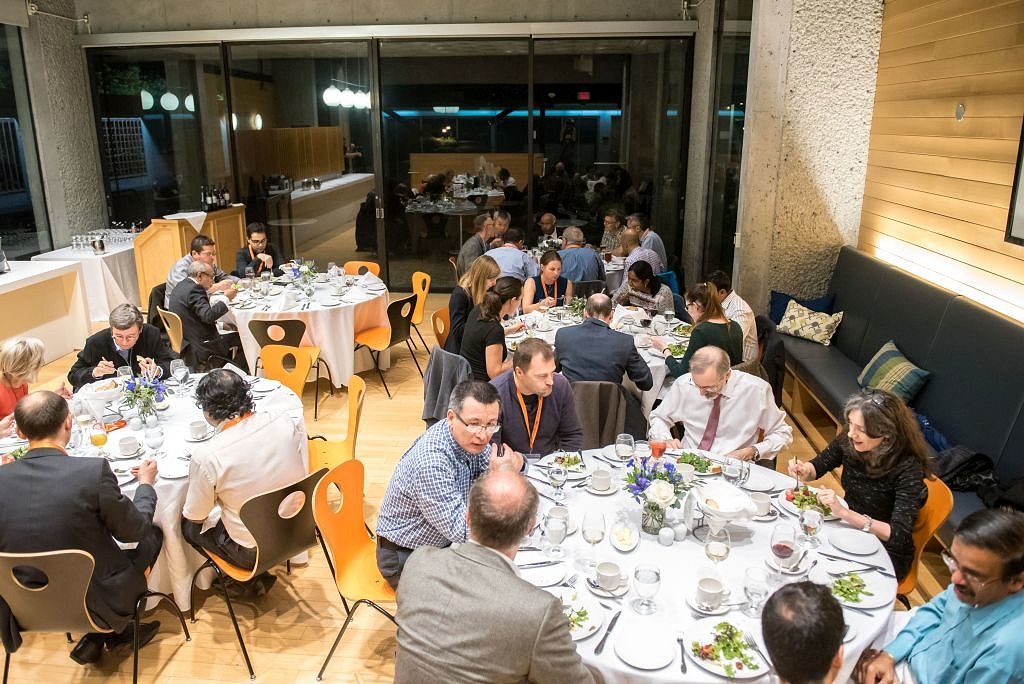 The networking event in Canada was welcomed by the researchers and gave FAU the opportunity to put their slogan ‘knowledge in motion’ into practice once more. Such events benefit both the University and the former researchers: guests at the event can keep in touch with each other and FAU via the FAU Community website. By sharing opinions, knowledge literally remains in motion and the members of the FAU family remain connected around the globe.

More information and pictures can be found on the eventhomepage.