Friedrich-Alexander-Universität Erlangen-Nürnberg (FAU) has an excellent international reputation. This is reflected in the large number of renowned international researchers who choose FAU as their host university in order to work with FAU researchers as part of a scholarship or research award from the Alexander von Humboldt Foundation. 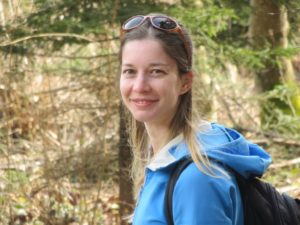 The Milky Way formed around 13 billion years ago. The oldest stars from this period can still be found in the galaxy’s approximately 100 globular clusters that each contain over 100,000 stars. Dr. Marylin Latour is concentrating on the hottest stars in globular clusters during her research stay at FAU. These stars have a surface temperature of up to 30,000 Kelvin, which is around five times as hot as the sun.

However, hot stars do not occur in all globular clusters, and so far only a small amount of research has been done on how and why they form. Dr. Latour has been working on these questions at FAU since December. She is studying stars in a specific globular cluster in the Centaurus constellation that contains an unusually high number of hot stars. By analysing them in detail, Dr. Latour aims to find out what the stars are made of, how they formed and what they reveal about the formation and development of globular clusters.

Two of these stars pulsate with fluctuating brightness, the reason for which is unknown. Dr. Latour is examining these stars using measurements taken in the ultraviolet spectrum, which can only be taken from space. She is using observations from the Hubble Space Telescope. Evaluations of this data will help Dr. Latour to determine the exact temperature and chemical composition of each of the two stars. This information will help to explain why the brightness of the stars changes continuously.

Canadian Dr. Marylin Latour studied and completed her doctoral degree at the University of Montreal. She then came to the Institute of Astronomy at FAU as a postdoctoral researcher. She has been awarded an Alexander von Humboldt research fellowship for the following two years, during which she will be conducting her research in the working group led by Prof. Dr. Ulrich Heber. 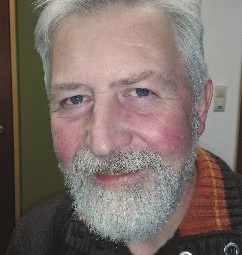 Prof. Dr. Viktor P. Chabai has been a guest researcher at FAU’s Institute of Prehistory and Early History since February. During his stay at the University, Professor Chabai will study the relationship between groups from Western and Central Europe and groups from Eastern Europe during the Micoquien – a period in which Neanderthals produced unique stone tools. As part of his research, Professor Chabai will analyse stone tools from Southern and Northern Germany, France and the Benelux countries from between 125,000 and 30,000 years ago. He will start by looking at artefacts from FAU’s Pre- and Early History Collection found in the Sesselfelsgrotte cave in the lower Altmühltal valley.

Prof. Dr. Viktor P. Chabai is a member of the Institute of Archaeology at the National Academy of Sciences of Ukraine in Kiev. His research focuses on the Upper Palaeolithic in Central and Eastern Europe. Prof. Chabai has spent many years conducting research on the Crimean Peninsula where he has excavated and evaluated many important Neanderthal sites, publishing much of his work in monographs. Other research has led him to places such as Portugal, the USA, Romania, Uzbekistan and Russia.