FAU Musical 'The Wiz' – a new interpretation of a captivating story

FAU Musical 'The Wiz' – a new interpretation of a captivating story

The adventures of Dorothy, who is swept away by a tornado to the realm of the Wizard of Oz together with her house and her dog Toto, are probably familiar to most people. This year’s FAU university musical has now taken this story and has created its very own version of the fairytale in a Motown style with some ingenious ideas and lots of gospel, blues and soul music. In our interview, Prof. Dr. Wolfgang Pfeiffer, Professor of Music Education at FAU, gives us some insights into the production process and tells us where the idea for the musical came from.

Professor Pfeiffer, ‘The Wiz’ is the ninth musical to be put into production by the Music Education department at FAU. When and why did you come up with the idea for a university musical?

Before being appointed professor at FAU I had already started staging musicals at the high school in Röthenbach an der Pegnitz, a tradition that became well-known in the region and beyond. I jumped at the chance to take this tradition to a higher level at FAU with students who have musical training. The first university musical was ‘Linie 1’ in the summer semester of 2002. We’ve been performing musicals every two years since then. It took a long time to find a musical that was suitable for our cast this time. The Wizard of Oz was very successful at the Deutsches Theater in Munich. It appeals to a wide audience and leaves a lot of room for creativity, allowing us to put our very own mark on it. 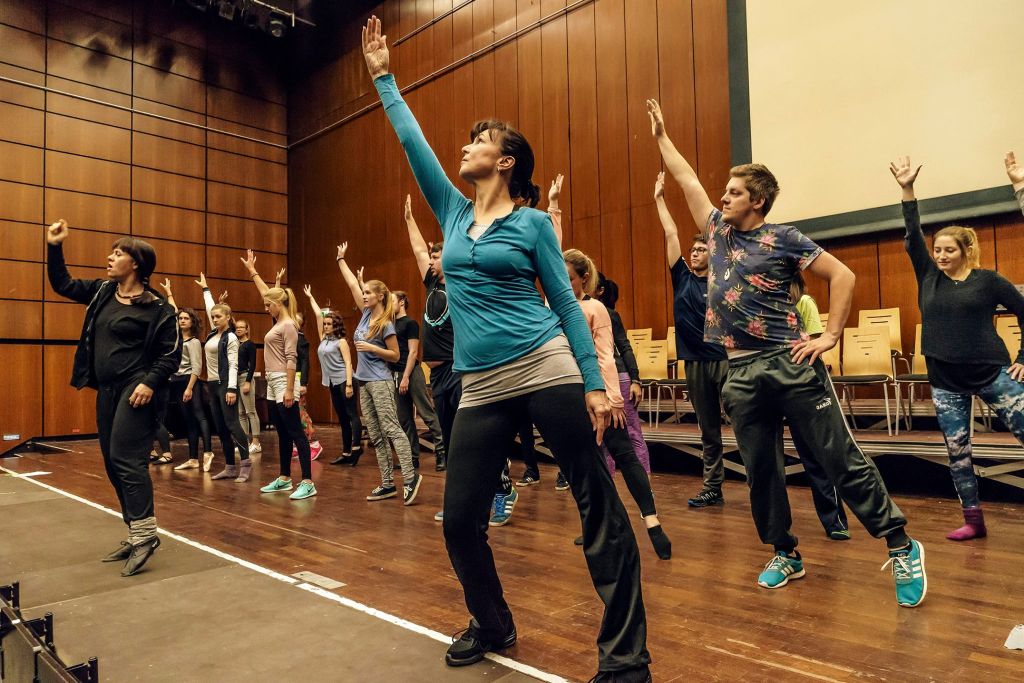 On the musical’s homepage it says that no other university in Germany stages the same number of productions of musicals at the same high standard as FAU. What’s behind this impressive professionalism?

I put a lot of effort into improving the quality of every production, which means we’ve now reached a very high semi-professional standard. The production team is made up of professional musicians and artists, everyone has a lot of fun with the production and just wants to do their best. I try to make sure we have a great working environment for everyone. Peter Kirchner is an excellent and very creative director who is highly respected by everyone in the team.

What are the greatest challenges you face with a production like this?

We try to give each production its own character, whether by using special technical effects or with special staging. The ideas we come up with aren’t always easy to put into practice, but we always seem to manage in the end.

What’s so special about university musicals?

We have 30 actors and 10 musicians in a band who put on a professional show but still manage to stay authentic and credible during each performance. The students’ enthusiasm, their dedication and the pleasure they get out of being on stage keeps the audience enthralled.

You’ve been part of these productions ever since they started. What’s your role?

I’m responsible for organising everything and keeping in touch with sponsors and I try and make sure the production works well together. I coordinate the director’s special requirements for lighting, sound, scenery, equipment and dance and try to ensure that everyone has just what they need to do a great job. On the music side of things, I’m responsible for choir rehearsals with our voice coaches.

Thank you for taking part in the interview, Prof. Dr. Pfeiffer.

The premiere of ‘The Wiz – The Wizard of Oz’, takes place on Thursday 19 April, 2018 at 7.30 pm. The musical is being performed in the auditorium of the Faculty of Humanities, Social Sciences, and Theology, Regensburger Str. 160, 90478 Nuremberg. You can buy tickets and find out more information on the university musical homepage.