Lukas Cranach the Elder and his workshop

Lukas Cranach the Elder and his workshop

New findings about drawings from FAU's valuable collection of artworks

The Collection of Prints and Drawings at Friedrich-Alexander-Universität Erlangen-Nürnberg (FAU) is one of the largest and most significant collections in the world. Its collection of drawings from the workshop of Lucas Cranach the Elder in Wittenberg have received little attention from research until now. Art historian Prof. Dr. Hans Dickel and his team at FAU have now discovered some interesting facts about the painter and his workshop from their research into 85 pages of drawings from the collection. The results of this research can be seen in the exhibition titled ‘Drawing in Cranach’s Workshop’ from 24 March to 24 June 2018 at the Franconian Gallery in Cranach’s birthplace of Kronach. The valuable drawings will also be on display at this exhibition.

PD Dr. Manuel Teget-Welz examined an aspect of the works of Lucas Cranach the Elder (who was born 1472 in Kronach and died in 1553 in Weimar) that had not been well researched up to now and discovered the secrets of the painter’s workshop in Wittenberg. 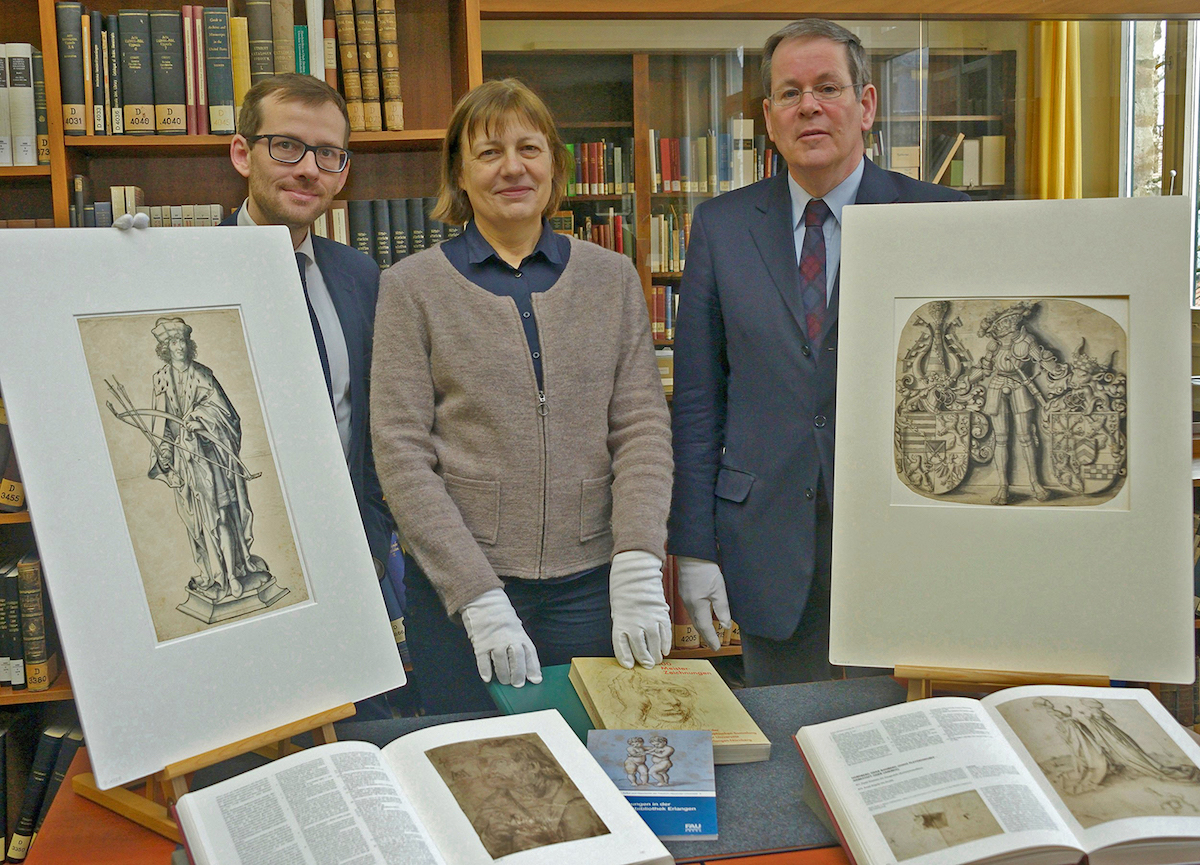 Lucas Cranach’s drawings are an impressive example of his skills as a businessman in working on large commissions which were expertly organized on an industrial scale. The drawings completed as part of a commission for the Stiftskirche in Halle demonstrate these skills, for example. In the space of only five years between 1520 and 1525, Cranach’s workshop completed an impressive 142 paintings. The master himself drew up sketches to order which could later be amended to the customer’s liking.

Workshop employees incorporated the customers’ wishes into the drafts and later created copies. Admiringly known by his contemporaries as the swift painter, Cranach was only involved in his projects until he was certain that they bore the hallmark of his artistic mastery. Completion of the final version was then handed over to trusted students. Cranach still supervised the work but he was also busy planning new works at the same time. The drawings produced in this way were archived and used as templates over and over again. The workshop was able to complete large commissions based on these templates largely independently after a short briefing from the master.

As an entrepreneur, Cranach was very much ahead of his time. He discovered the advantages of the division of work early on and of a seal of quality, making him a pioneer of modern production methods as early as the 16th century. Cranach concentrated on diversification and in Wittenberg, he established not only his painter’s workshop, but also a successful pharmacy which supplied his paints and materials. Teamwork was part of the daily routine in his workshop. Almost nobody else was able to complete several large commissions simultaneously in such a short space of time. But he also focused on quality and his own characteristic style. Cranach’s portraits became character studies and his landscapes are considered groundbreaking. He produced works for both the aristocracy and the clergy with these target groups in mind. In times of religious upheaval, he left his mark on Catholic art and also invented a new style of Protestant religious art. He created a large number of pious altars and pictures, but also just as many images of naked nymphs. He draped the protective cloak of mythology over eroticism, made it into his speciality and earned a place at the top of the art market.

Cranach’s drawings from FAU’s collection on display at the exhibition in Kronach include those created in the 1520s as part of a large commission for Cardinal Albrecht in Halle. Also on show are portrait drawings that served as templates for paintings, drawings completed by apprentices for training purposes and some created in the 1550s for a large commission of 53 paintings for St. Marien Church in Dessau after Lucas Cranach the Younger had taken over management of the workshop. Drafts of winged altars with saints and scenes from the Passion of Christ will be on display along with drawings from a sequence of the pain and sorrow of the Virgin Mary based on works by Albrecht Dürer and another drawing which includes Cranach’s famous emblem of a winged snake. The exhibition also includes a drawing by the master himself called ‘Musizierendes nacktes Paar’ (Nude couple making music).

The drawings have recently been restored and are in an excellent condition. They will be returned to storage after the exhibition to preserve them. The ‘Drawing in Cranach’s Workshop’ exhibition was organised by the town of Kronach, Lucas Cranach’s birthplace, the university library of FAU and the Bavarian National Museum in Munich. A comprehensive catalogue about the exhibition has been published by the Institute of Art History at FAU, funded by the Ernst von Siemens Kunststiftung, Munich.