How is your degree going? – FAU-St in pictures

How is your degree going? – FAU-St in pictures

As part of our series about FAU-St, we are now looking at the experiences of current students at FAU. This covers students who have been studying at FAU since at least the summer semester of 2019 and who have not changed universities during the last year. Unless students changed from a Bachelor’s degree programme to a Master’s degree last year, the questions in the survey referred to their current degree programme. 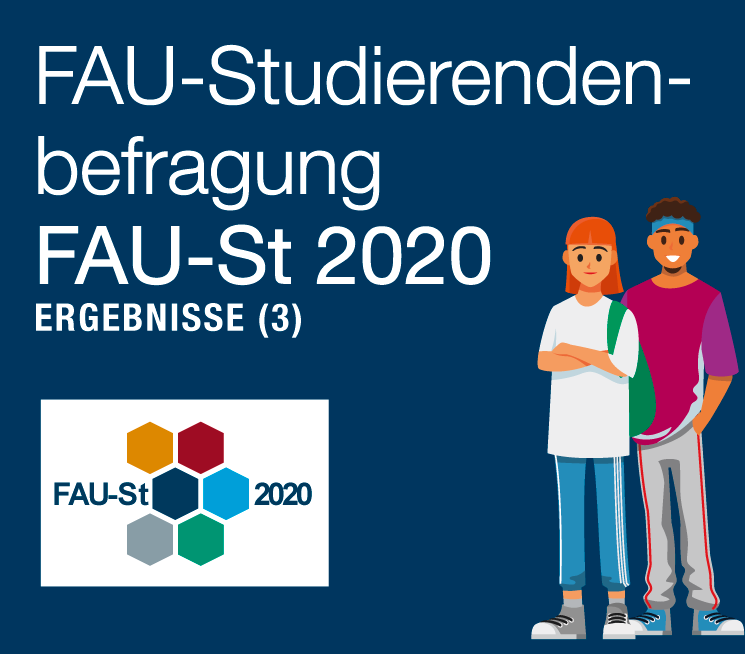 To find out their opinions about the services provided by FAU, current students were first asked about the study-related institutions at the University. The RRZE has consistently received very positive ratings between 2016 and 2020, of around 85 percent to be precise. The Student Records Service is also well received and even gained 8 percentage points between 2018 and 2020, to obtain 64.4 percent in 2020. The Student Advice and Careers Service (IBZ) also always receives high ratings of over 60 percent (the ratings of other institutions are listed in OPUS). 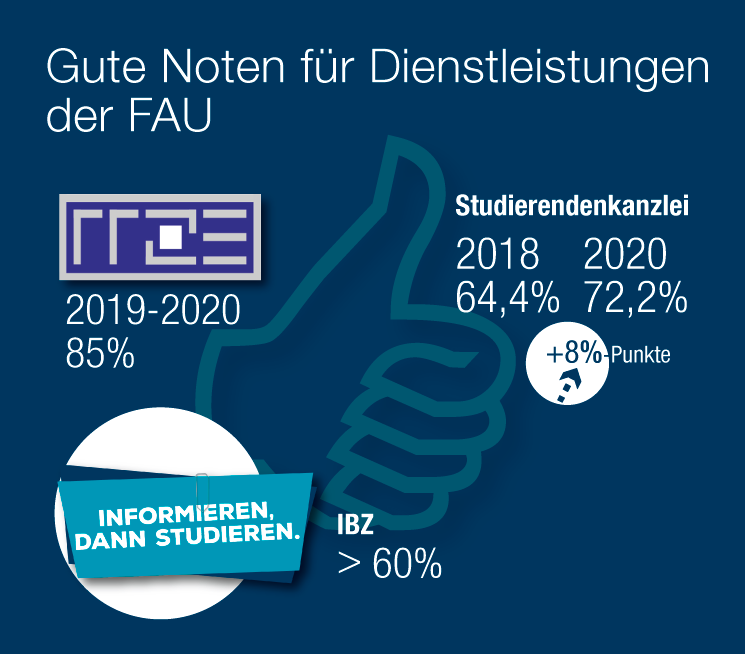 Which positive and negative experiences are common among students at FAU? This is another topic featured in FAU-St. Significant differences between 2020 and the previous years can be seen in particular in terms of teaching academic ways of working/study skills, which only features at 37.9 percent in 2020. This is a drop of 6 percent compared with 2016.

Encouragingly, respondents continue to give positive evaluations for the rooms in which lectures and seminars are held: Around 80 percent of them say that the rooms are of an adequate size. In addition, 86.5 percent (2018) and 88.5 percent (2020) of respondents said that teaching materials are available for lectures. 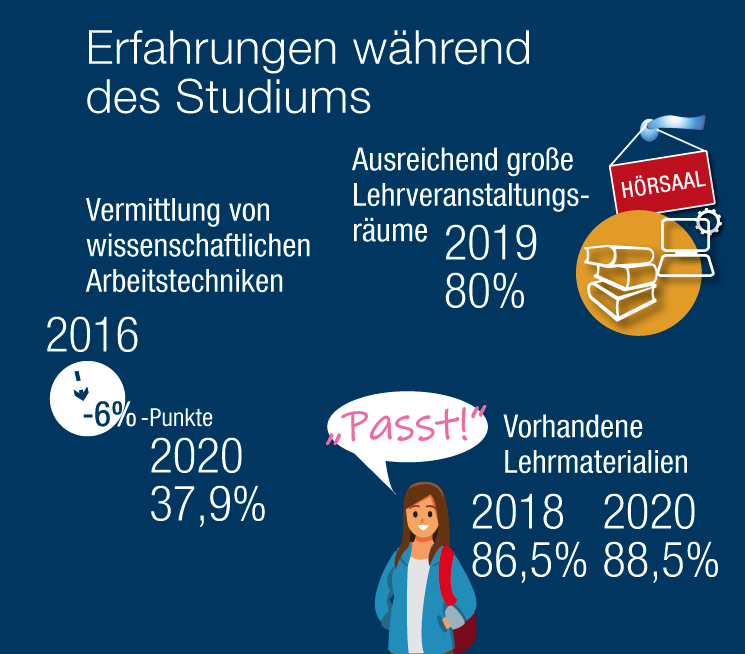 Opinions about whether teaching staff provide support to students experiencing difficulties fluctuate a little. The rating increased, for example, from 39.7 percent in 2019 to 44.4 percent in 2020, at a level similar to that already measured in 2018. 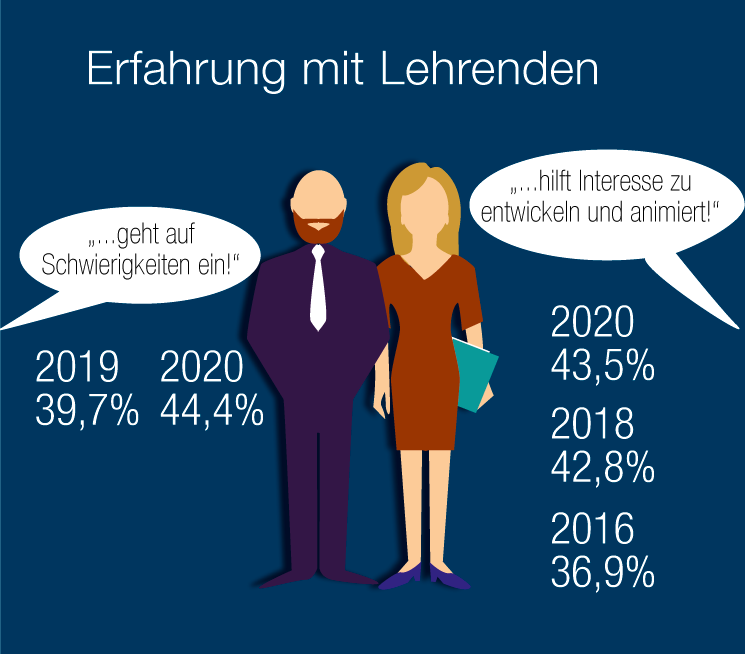 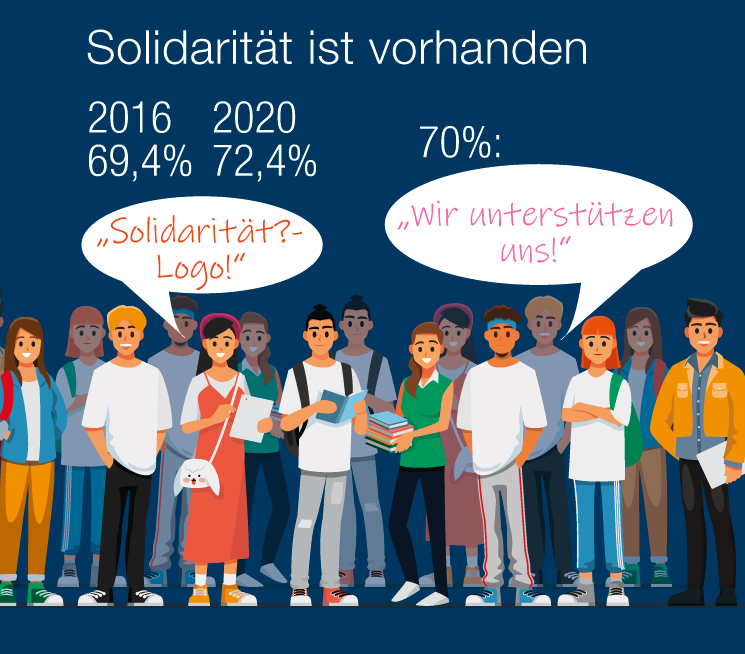