This week we are continuing to report back on the results of the FAU-St student survey over the last few years. Today we are focusing on starting out at university. What motivated students to choose FAU, which difficulties did they encounter and what other experiences did they have? 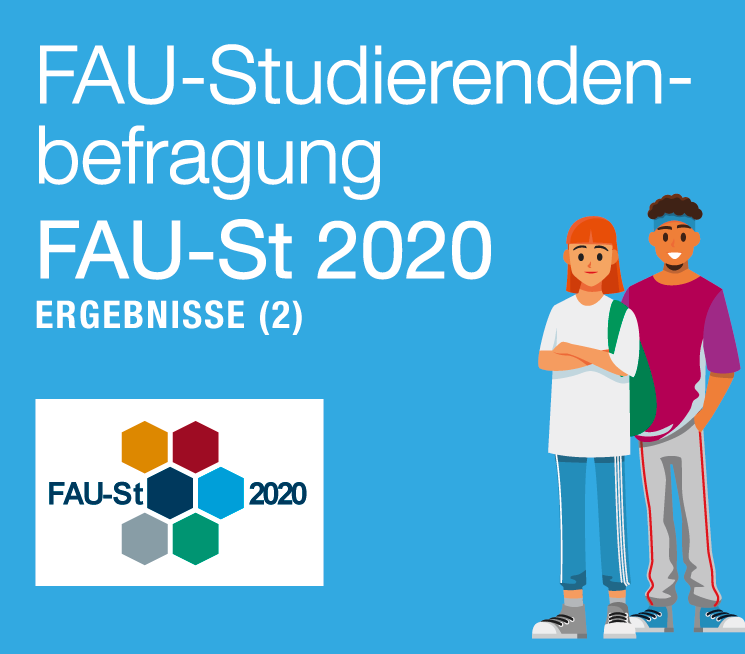 Whether study conditions and content, the possibility of studying abroad or planning studies: a trend can be seen emerging over recent years that students are better informed before they start to study. The change between 2018 and 2020 is particularly noticeable, with the proportion of students claiming to feel poorly informed falling in some categories by approximately ten percent points. 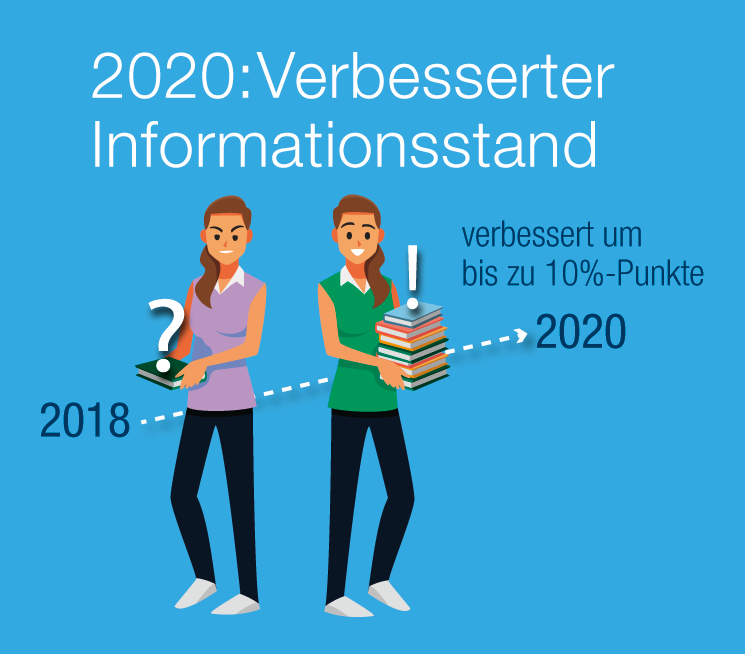 Personal reasons for choice of degree programme: An interest in the subject remains the predominant reason, with career prospects gaining significance.

In answer to the question of what motivated students to study at FAU, from 2016 to 2020 more than 90 percent quoted an interest in the subject or the degree programme. More than 50 percent appreciated the vicinity of FAU to family and friends. The number of students who stated that advice from family and friends had motivated them to choose their degree programme remained relatively constant at approximately 30 percent. The number of students who started to study a certain subject due to their personal aptitude in that subject fell from 79.1 percent in 2016 to 70.3 percent in 2020. ‘Good career prospects’ increased by seven percent points.

University-specific reasons: A number of different aspects speak out in favour of FAU

Unlike personal reasons for deciding to study at FAU, there is no specific trend when it comes to university-specific reasons influencing the students’ choice of university. There is more variety in the reasons given. For example, the proportion of students who chose FAU due to the topics covered in their degree programme has stayed relatively constant at just over 50 percent (52.0 percent in 2020). In 2020, 35 percent of those in their first or second semester stated that FAU’s success in rankings and university listings was an important factor for them, an increase of six percent points since 2016.

The significance of specialisations and subject combinations offered at FAU alone has remained roughly the same: moving from 38.8 percent to 35.5 percent. The number of students who enrolled to fill in the time whilst waiting for a place on another degree programme has fallen slightly, coming to just 3.1 percent in 2020.

Difficulties starting out: Finding your ideal studying and working pattern.

Others found academic working and cooperating with fellow students a challenge. 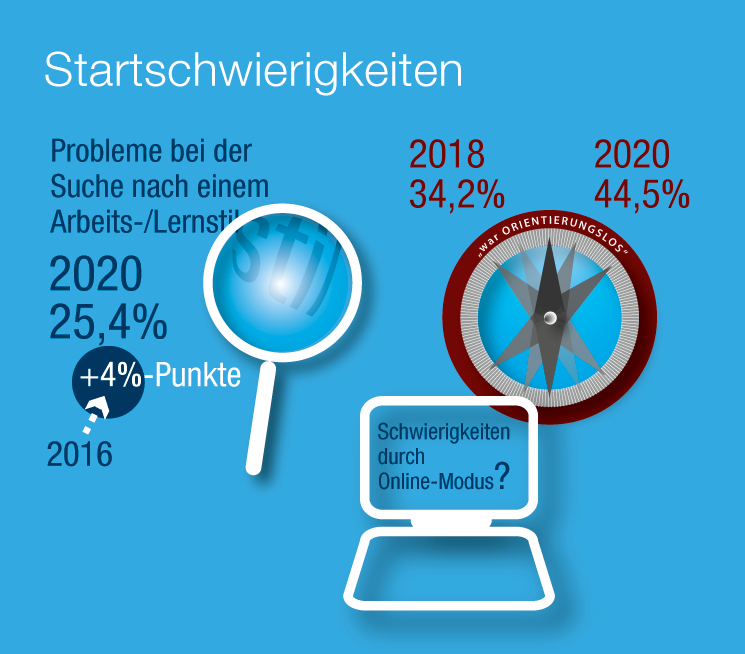 In 2020, a fairly high number of students stated that they coped well with the workload (50 percent) and were pleased with the supervision provided by their lecturers (60 percent), but the results from previous years indicate that there are fluctuations in the experiences students have when first starting out at university.