A day dedicated to diversity

A day dedicated to diversity

FAU is committed to diversity and anti-discrimination

Ms Leicht, on May 30th it is Diversity Day in Germany. What is it about?

Diversity Day is a Germany-wide initiative which has taken place annually since 2012. On this day, companies and institutions can take part in various activities to publicise their commitment to diversity and to contribute to the promotion of diversity, including in their own organisation. All the activities taking place nationwide are detailed on a website. All the creative ideas designed for this day – across all regions and by different organisations – are really impressive.

Created in 2006, the Diversity Charter is a voluntary commitment by companies and institutions, primarily in their role as employers. By signing the charter, they commit to promoting a prejudice-free and appreciative work environment, to cultivate the same organisational culture both internally and externally, and to promote equal opportunities for all employees. Diversity is defined as a self-evident component of society, with its own potential for profit, and as a resource for companies and institutions. FAU signed the Diversity Charter in 2012. This was done with the intention to support a constructive approach to diversity, while countering any forms of discrimination. FAU therefore ensures that diversity management is anchored as a core task of its university development, and as a guiding principle at all planning and decision-making levels. In accordance with the Diversity Charter, the aim is to create a study and work environment free of prejudice and to provide value for all university members – regardless of gender, nationality, ethnic and social origin, religion and belief, disability, age, sexual orientation and identity.

FAU’ Office for Gender and Diversity has prepared a postcard campaign for the day, together with the City of Erlangen and the Siemens Healthineers. The postcards contain sentences such as “Where do you come from originally?” Or “You´re looking good for your age!”. Why use these sentences? What is the initiative’s goal?

As one of the largest employers in the region and as a signatory to the Diversity Charter, we have joined forces to create a postcard campaign entitled „Heute schon in Schubladen gedacht?“ (metaphorically translated: “Have you considered glass ceilings today”). Our theme is ‘stereotype and language’. With these sentences, we use statements that are often heard in everyday life in Germany that reinforce unconscious stereotypes. These include gender, religion, sexual orientation, age, disability, ethnic origin, or an approach to work and life that are supposedly not suited to the demands of a meritocracy. With these sentences, we would like to introduce the topic playfully to the public and share thought-provoking ideas. In preparing for the initiative, we also stumbled upon our own prejudices. We noticed how important it is to consider your own preconceptions.

You look pretty good for your age. (Image: FAU/graphics department and Office for Gender and Diversity) 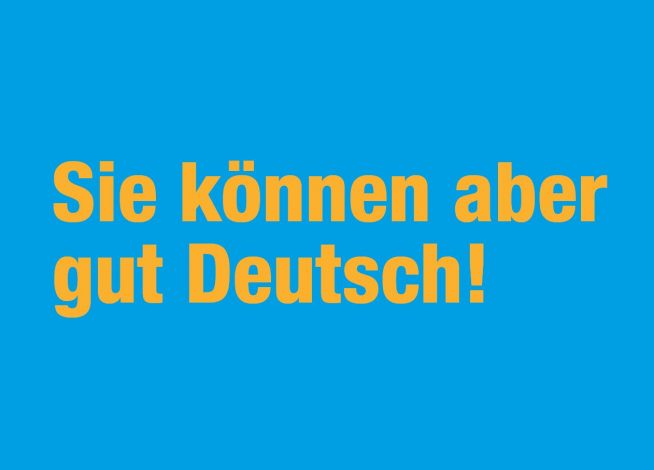 Wow, your German is really good! (Image: FAU/graphics department and Office for Gender and Diversity) 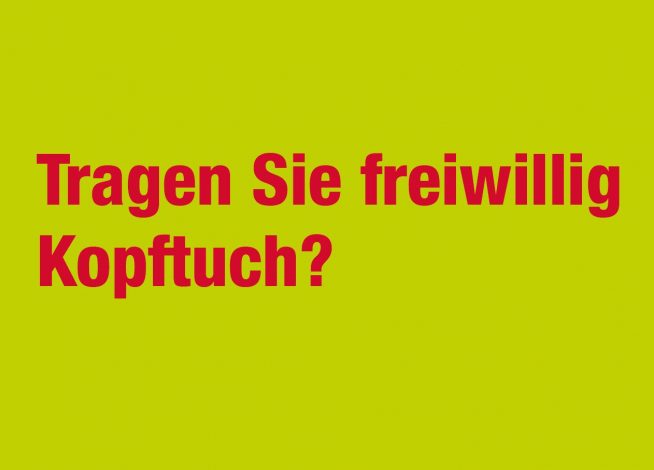 Are you wearing that headscarf freely? (Image: FAU/graphics department and Office for Gender and Diversity) 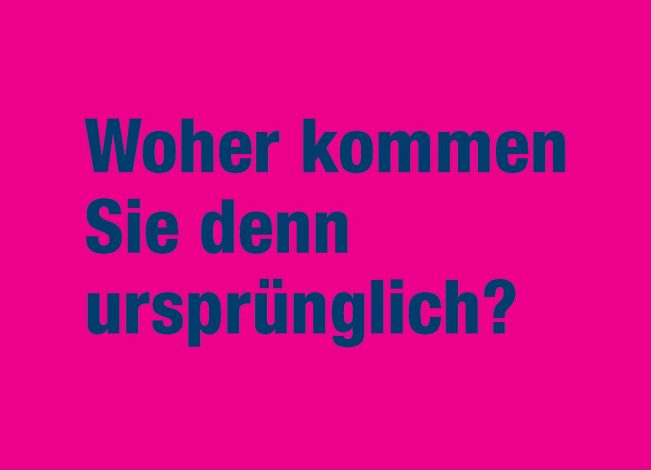 Where do you come from originally? (Image: FAU/graphics department and Office for Gender and Diversity) 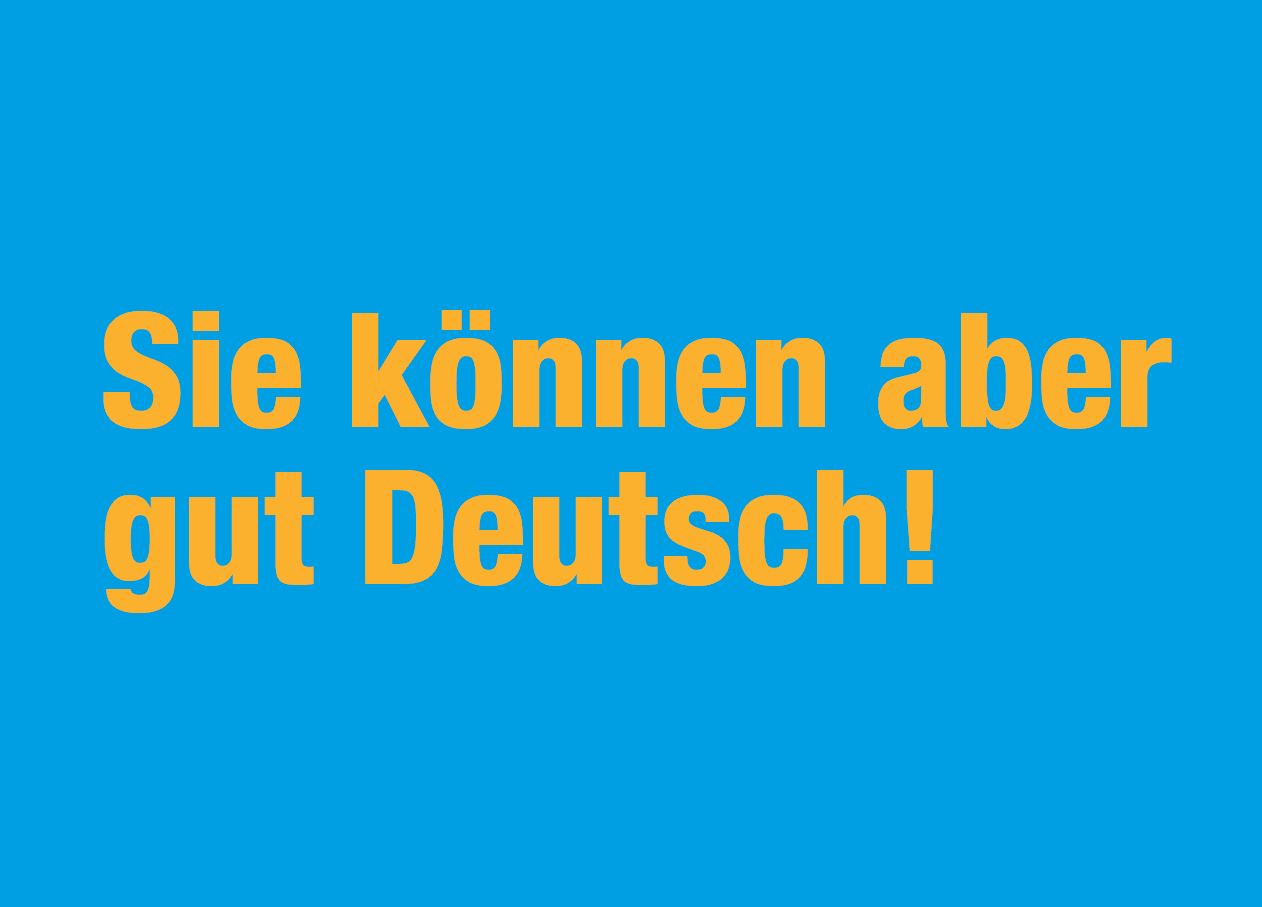 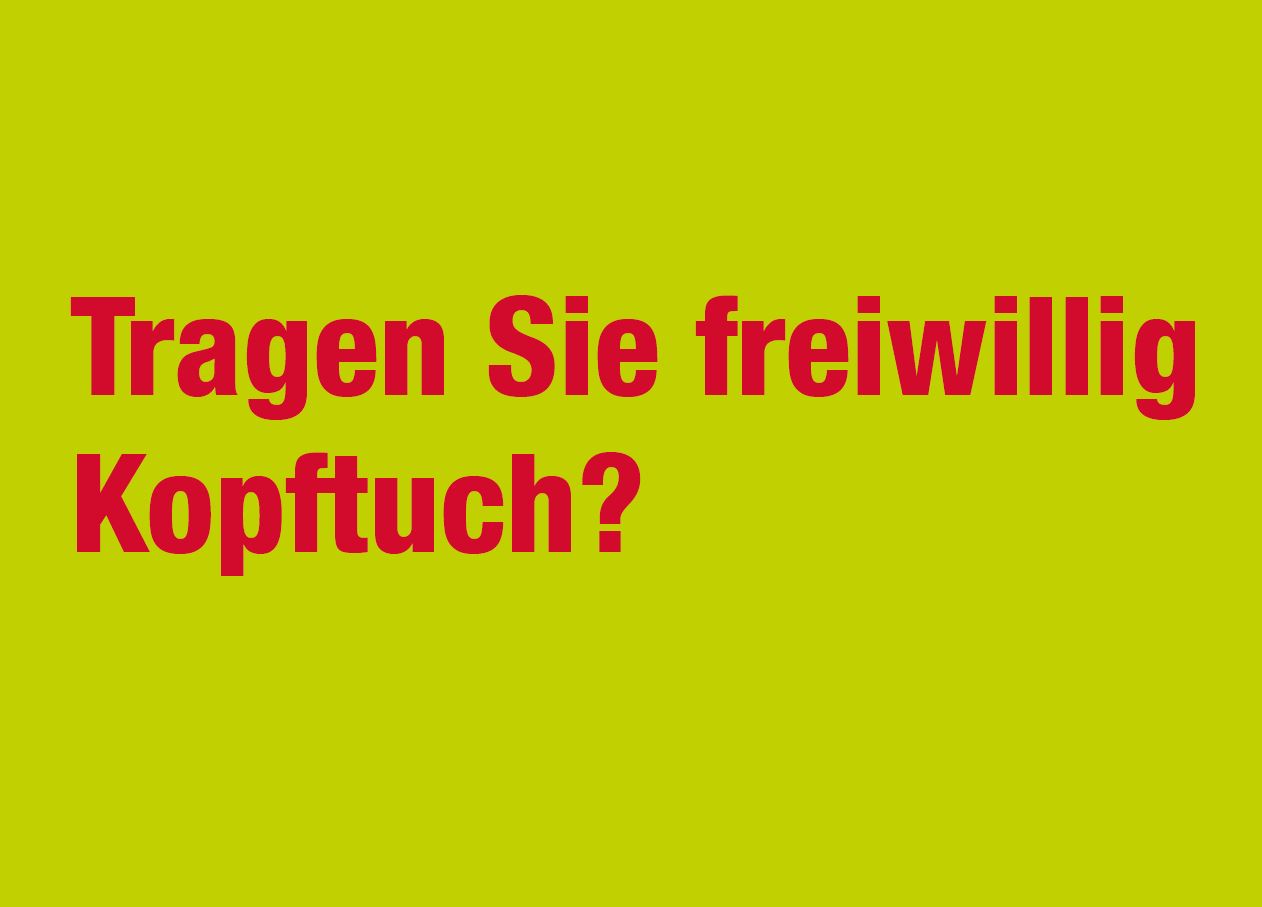 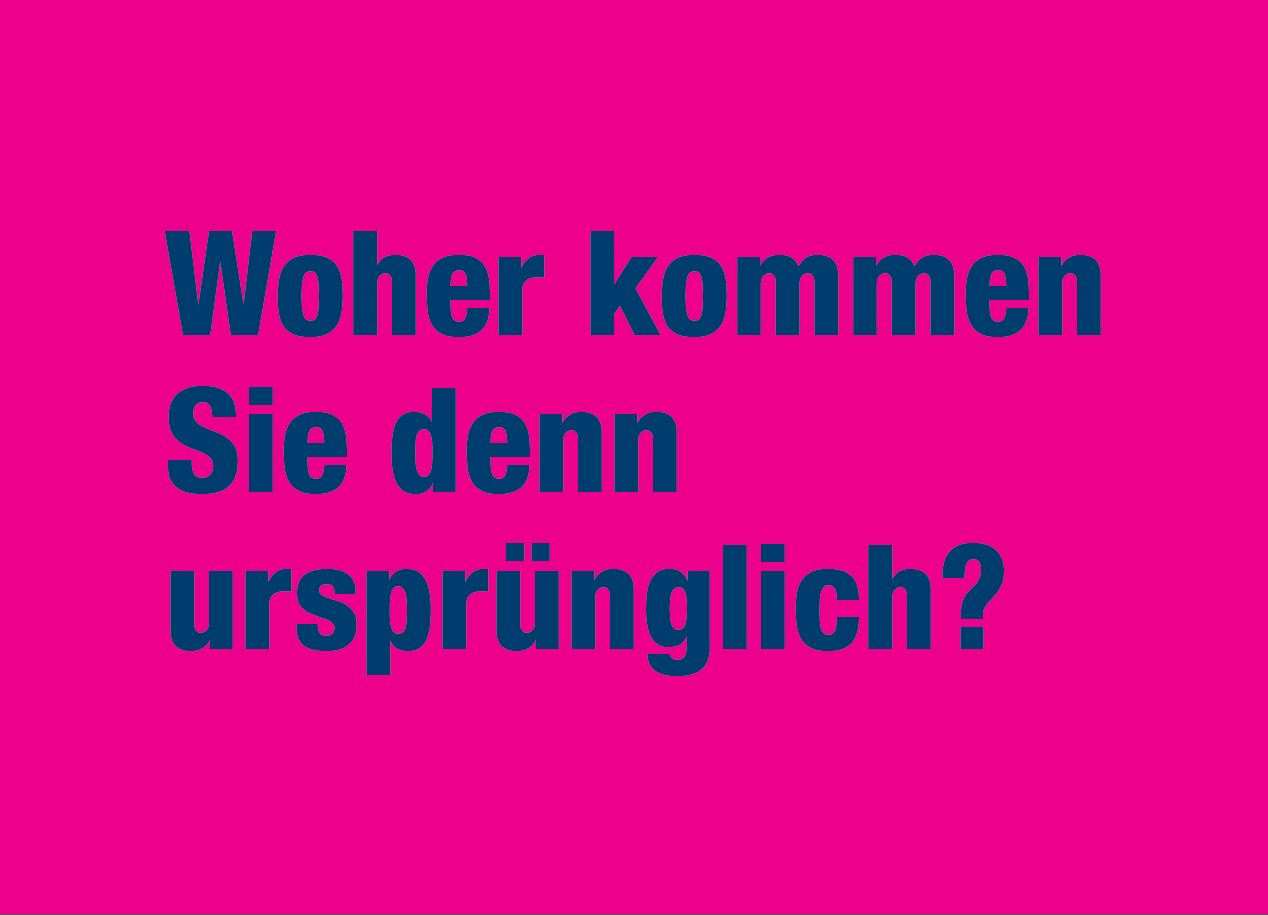 Thank you for the interview, Mrs. Leicht.

Further information on Diversity Day and the postcard campaign can be found on the Diversity Charter website. You can find out about FAU’s Gender and Diversity Office here (German only).