Under Donald Trump, the USA seems to be heading towards an economic conflict with the EU. Can the current situation already be classed as a trade war? How can companies react to the current US trade policy and do they have any legal means at their disposal? Four experts from FAU give their opinion.

Are we in a trade war with the USA?

There are no winners in a trade war driven by both parties increasing import duties on goods from the other country. This is a risk Trump seems willing to take with his aim of changing the face of world trade. So are we currently in the midst of a trade war? No. What we have experienced since the President came into office is certainly a trade conflict which should be taken seriously, both with respect to China and to the EU. In both instances, however, Washington is interested first and foremost in correcting what the USA sees as severe trade balance deficits, a legitimate argument from their point of view, and not as a struggle for power which they absolutely have to win.

If we are to avoid a major conflict between USA and Europe, there are two things the EU has to bear in mind. Firstly: the transatlantic relationship cannot simply be reduced to economics. The position Europe takes in this conflict is not only an economic issue, it also affects security policies. The USA is right to link trade issues with European military spending. Secondly, on the global stage, the USA under Trump is seen as being the most fiercely protectionist country in our world today. In truth, however, the EU protects its economy against foreign competition just as strongly, and China even more so. Europe should therefore take a more open approach to US offers in the dispute over tariffs and adopt a more pragmatic negotiating strategy.

What are the economic effects of a trade war? 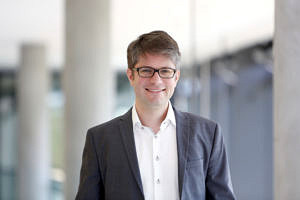 In March 2018, the President of the United States of America tweeted that ‘trade wars are good, and easy to win’. Is that really the case, and why is he provoking a trade war with China and possibly also with Europe? The USA import far more from these countries than they export to them and have a major trade deficit as well as rising foreign debt. In addition, the US President blames foreign trade for the loss of jobs in industry in certain US regions. Are higher import tariffs the solution? The answer from an economic point of view is a resounding no.

Unless the country targeted by the trade war is particularly small, a trade war always entails considerable costs for all parties involved. Some US jobs may be saved in the short term, but rising domestic prices will put a strain on all households and new trade barriers may mean that more jobs are lost at other companies than the number of jobs which were able to be saved. At first, China may be hit harder than the USA, focussing as it does on exports, but the metaphorical cake, in other words trading profit, will become smaller altogether. The honest message ought to be: our cake may be shrinking but look at our trading partners – their cakes are shrinking more than ours! If the trade war were to deteriorate into an economic war and China sold off US government bonds, the cost for the USA, China and the world economy as a whole would be considerable.

How can EU companies react to the US trade policy? 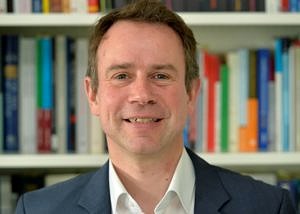 As there is no bilateral trade agreement between the USA and the EU, their trade relations are regulated under the terms of the World Trade Organisation (WTO). Under these rules, tariffs cannot be increased, or only under certain exceptional circumstances. The USA claims that they can have recourse to a scarcely used clause for the protection of national security in order to justify their tariff barriers on steel and aluminium. The EU does not agree and views the US measures as a breach of WTO regulations. However, companies from the EU cannot file a claim directly on this basis.

Unlike investment agreements which give companies rights which they can claim in international arbitration tribunals, WTO law is seen as applying only between countries. EU companies therefore have to first approach the EU Commission and request that the EU Commission files a complaint against the USA with the WTO panels responsible for settling disputes. The Commission did so in June 2018. If the WTO deems that the EU is in the right, the EU would be entitled to impose trade barriers on the USA. All that the companies affected by the American sanctions can do is hope that the USA lifts them voluntarily. They have no options for filing a complaint with an international court. The situation would probably not have been any different under the planned Transatlantic Trade and Investment Partnership (TTIP), as under this agreement only those companies which had invested in the USA would have been able to file a claim, not companies which only export to the USA.

Are there remedies under civil law against US trade sanctions? 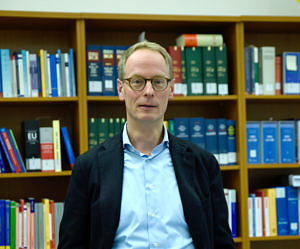 Companies directly affected by the current restrictive foreign trade policy of the USA are not usually able to sue the American state for damages caused by illegal actions. A prominent exception is the recently reactivated EU Blocking Regulation, which the EU uses to protect itself, for example, against the extra-territorial effects of US American sanctions against Iran. The USA forbids countries throughout the world from trading with Iran and punishes infringements with at times drastic administrative and penal sanctions for companies and those working for them. As the EU wishes to encourage trade with Iran, the EU Blocking Regulation declares that the US sanctions do not apply to the EU and prohibits companies within the EU from complying with the US sanctions.

European companies that suffer financial disadvantages as a result should be allowed to claim against the USA in the EU for damages caused and file for a court order to have assets of the USA located in the EU confiscated. This approach has already proven unworkable in practice, however. Even major international concerns do not dare to flout US sanctions, putting themselves and their staff at risk of incurring penalties and ruining their reputation in the USA. No claims have yet been filed against the USA in the past on the basis of the EU Blocking Regulation. Basically, the Regulation means that European companies which do business in the USA are subject to contradictory rules which they cannot comply with simultaneously.

This text was first published in our magazine alexander. Further topics in the issue: self-repairing predators’ teeth and cephalopods, a unique degree programme, a robot factory and an alumni reunion in Canada.