An essay by Jon Leefmann

Anyone entering a scientific library for the first time is generally overwhelmed: So many questions that scientists have already asked and so many answers they have already found! And the published knowledge lined up on the shelves increases every day: Current estimates assume that the number of scientific publications worldwide doubles about every nine years and this increase is likely to be far higher in fields where research is being conducted on a particularly intensive scale.

However, upon closer inspection it becomes obvious that the knowledge available in the library is distributed unevenly across different fields. How can that be? Do librarians have their favourites? An obvious explanation is that some research questions have no lobby. Who or what decides whether a research topic is allowed to flourish, must battle to survive or even disappears altogether?

There are research questions with few prospects of being funded – at a specific moment in time – because they are regarded by political decision-makers as insufficiently important. This can affect pioneering work, for example, which is ahead of its time or casts doubt on central assumptions in established research fields – just think of epigenetics, for example, which was still exceedingly unpopular in the 1990s. However, topics that are actually long established within their field but have gone out of fashion, such as functional morphology in biology, also fall under this category. Since the distribution of the taxpayers’ money destined for research is the responsibility of committees authorised to do so which are mostly recruited from within the ranks of the scientific community itself, science is given a considerable say in decisions on research topics. That experts can, as a rule, judge best whether a proposed research project is original and has a chance of success does not, however, necessarily mean that they often agree in their assessment. Whether a project is funded or not frequently also depends on which experts manage to enforce their opinion. At the same time, there are general political guidelines and parameters, such as Horizon 2020, the EU’s current Framework Programme for Research and Innovation, which specifies focus areas for research that are mostly oriented towards current economic, ecological and social problems. Thematic calls for proposals are also an instrument popularly used in politics to make research on socially important topics attractive. It lies in the nature of political governance that not all research topics can profit from this type of support to the same degree. This has long had consequences especially for classic subjects in the humanities, which can only dream of the funding opportunities available for medical and technical disciplines but also for many natural science and social science subjects. 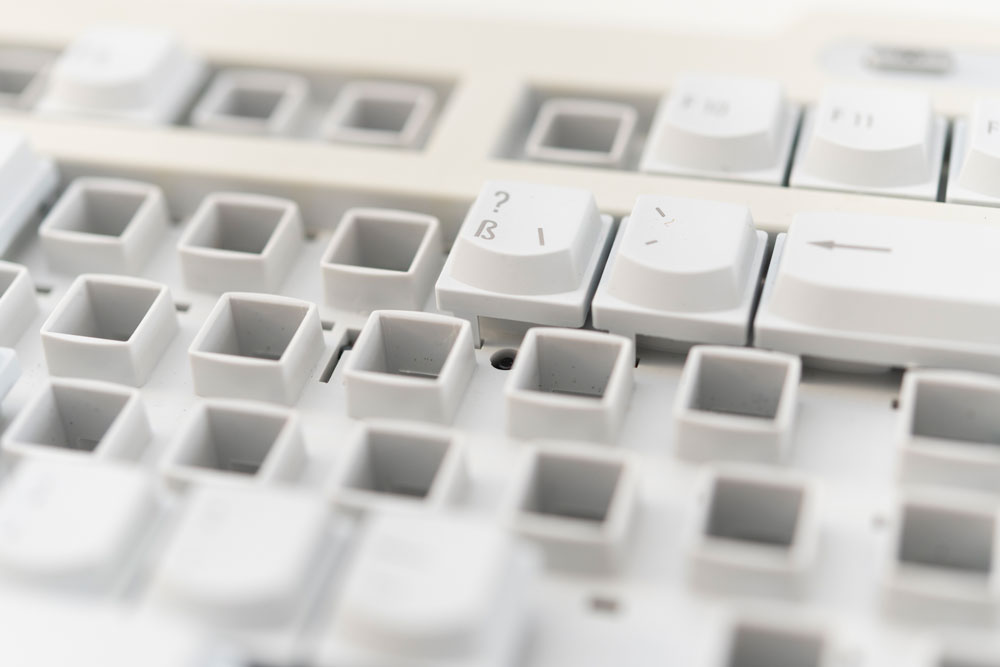 While research policy approaches primarily endeavour to make it more attractive for researchers to work on specific themes, there are also circumstances that instead tend to lower the incentive to work on some research topics – for example the call for research results to be marketable in the shape of patents or products. Indeed, this partly also plays an important role in general political guidelines and parameters. However, it is even more important in the application-based research work of commercial companies. Here, the decision for or against a research project always depends on the expected added value of the results for the development of a marketable product. What appears unmarketable falls by the wayside. A well-known dilemma is research topics that are highly desirable from a social standpoint but not financially worthwhile for companies. On the other hand, economic interests can naturally also lead to making certain research fields more attractive. Research policy is also a stomping ground for lobbying, where companies campaign for more research in specific areas at public institutions because they themselves profit from it in the shape of well-qualified staff, innovative ideas or progress in basic research.

Dr. Jon Leefmann is a researcher at ZiWiS, FAU’s Center for Applied Philosophy of Science and Key Qualifications. As a central institute at FAU, the Center performs research and teaching tasks for the whole university. The Center is dedicated to scientific reflection in the area of research. Its researchers deal with fundamental questions on the role research plays in society, the mechanisms it uses to generate knowledge and the importance of its results.

Not all influencing factors merely make a research topic slightly more or slightly less attractive. If research activities infringe on legal goods protected by fundamental rights, it is possible to make a clear distinction and prohibit such research work. However, the freedom of research is a fundamental right anchored in the Constitution which may not be restricted without further ado. For example, restrictions are possible if there is a risk of research violating personal rights or human dignity. Experiments on humans are inadmissible unless the individuals concerned are properly informed and have explicitly agreed to take part as research objects. Ethical self-commitment by researchers or research institutions can have a similar effect as statutory prohibitions. Moratoria for certain research activities, such as to do with the editing of the human genome or civil clauses intended to restrict military research at public research institutions, can prevent research unwanted by society (in this case, however, the possible sanctions for violations are greatly limited). Nonetheless, the influence of laws and ethical guidelines should not be underestimated. Whether or not a research topic comes under the spotlight of scientific exploration depends on these to a not unsubstantial degree. 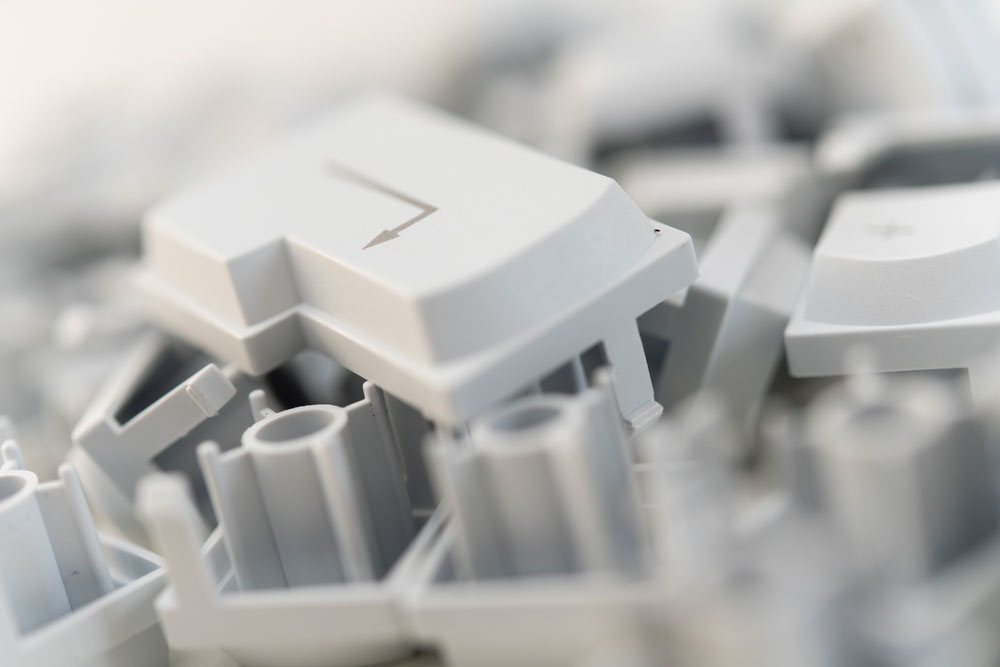 A last factor for the uneven distribution of knowledge that should not be neglected is civil society. Inasmuch as the civil society in democratic countries has a say on governmental research policy through elections, it already has a direct influence on research. This is far greater and more direct when scientists conduct research on socially controversial topics.

However, the ambivalence of this influence can also be seen in these topics: Civil society groups, such as patient associations, environmental protection and animal welfare organisations or political parties and churches, often put in an appearance as spokespeople in social debates which are also concerned with the practices and consequences of scientific research programmes. Depending on their interests and the power of their arguments, their influence can facilitate or prevent a research project. In any case, it catapults contentious projects into the public eye. For civil society groups, it is rarely a matter of whether results achieved in the framework of controversial projects are correct or not but instead of the question whether these results, all things considered, are worth producing and knowing. Examples of such conflicts are the debate on field studies with genetically modified seeds or on neurophysiological experiments with primates. In both cases, activists have prevented research into certain questions by obtaining political decisions partly through the dissemination of false information, which has led to the discontinuation of the criticised research work for the foreseeable future. However, problematic forms of activism should not distract from the fact that the influence of civil society can also provide important impetus for new research activities. There are projects in medicine which would be equally impossible without the commitment of patient organisations as research into the discriminating function of gender attribution would be without the commitment of the persons concerned.

It is therefore not just librarians who decide which knowledge gets to see the light of day and is accessible to library users. Political, economic, legal and social influences have determined what was available for collection in the first place and thus also what has remained unsaid and unexplored in the sciences. However, the actual scientific debate does not begin until we take a book from the shelf, read it critically and compare it with our own thoughts and ideas. The following question therefore remains: What effect do the influences described above have on the contents of the books actually written? Are there considerations and arguments that were not expressed in the scientific discourse, although they were contemplated and held to be true?

Jon Leefmann has been carrying out research at the Center for Applied Philosophy of Science and Key Qualifications (ZiWiS) at FAU since 2016. His main research interests are the philosophy and ethics of neurosciences as well as social epistemology.