Erlangen shortly before New Year’s Day 2020: The Christmas lights sparkle, the smell of Glühwein is in the air and the usual pre-Christmas hustle and bustle prevails. This atmosphere is also experienced by Mrs. Aryaf Al-Rousan from Jordan, who heads the International Relations Office at the Yarmouk University in Idlib, Jordan, and who visited FAU as part of an Erasmus Staff Week. But this visit was something very special: While Mrs. Al-Rousan walked through the corridors of the FAU anatomy building, her father Dr. Kasim Al-Rousan was virtually present via video call. Dr. Al-Rousan studied medicine at FAU for a few semesters in the 1960s and completed his entire medical studies in Germany. The video call was a gift for Dr. Al-Rousan, as it enabled him to return to the place where he spent an important part of his life.

In the interview, father and daughter talk about how the time at FAU has shaped them and what significance the visit of Aryaf Al-Rousan had for both of them.

I was so pleased when my daughter Aryaf brought all these memories to me when she visited FAU and I visited the university once again through the video call. (Dr. Al-Rousan)

Dr. Al-Rousan, in the 1960s, you did your MD at FAU. How long exactly were you at FAU and what brought you to Erlangen and FAU back then?

I am Dr. Kasim Al-Rousan, a Jordanian Doctor. I finished my studies in Germany and specialized in Internal Medicine in Cloppenburg. I came from a small village in the north of Jordan, where education was very rare and I was the only male child among six sisters. In that time, children were attached to their parents to help in farming. However, I was lucky because my father was educated and he was the principal of the village school so he agreed to send me to study abroad.

I started my education in Munich in the fall semester of 1957. I studied Medicine for the first two semesters in Munich. Munich is a big city and very expensive, my accommodation was far away from my school. I studied German at the Goethe-Institut in Bad Reichenhall. I decided to move to Erlangen because the Anatomy course was taught all year round. I completed the third until the seventh semester at FAU, my accommodation was near the school and I was using a bike to move from one place to another.

What do you particularly like to remember when you think back to your time at FAU?

The memories that I can recall are for example of the Schloss Garten. Especially in the sommer months it sprang to life, with colorful flower beds, music concerts, and fun festivals. I can remember the Anatomy class with my teacher Dr. May and in Chemical Physiology my teacher Dr. Keidel.

I was so pleased when my daughter Aryaf brought all these memories to me when she visited FAU and I visited the university once again through the video call. It can be an emotional experience to return for the first time. I couldn’t believe that so much of my life had taken place in a single building. I will never be able to adequately thank everyone who made me who I am today.

I can also remember an incident that happened to me when I was in Erlangen-Bruck. It was snowing heavily and the snow piled up more than 1,5 meters and it was very chilly. I was riding my bike with my hands in my pockets, suddenly I imbalanced and lost control and fell and my patella (knee cap) was broken. I was taken to Erlangen Hospital by the ambulance and was well treated for three weeks.

On Christmas Eve we all, teachers and students, were invited to attend the concert in the church.

What I learned through my collaboration with, among others, Prof. Dr. Keidel, were the scientific methods and the medical principals.

How has the stay at FAU influenced your scientific career?

After I graduated from Erlangen, I completed my studies in Freiburg and got my certificate in Medicine as the first Doctor in my home village. I went back home and worked in a public hospital from 1964 to 1971 as a General Physician.

In 1971, I went back to Germany to specialize in Cloppenburg. I took my family, my wife and my two girls, Rula and Aryaf, with me. I chose Internal Medicine and stayed until 1978. Then I felt that I must get back and serve my home country. I opened a clinic and until recently worked as a manager for a private Hospital called Ibn Al-Naffis Hospital in Irbid at the northern side of Jordan, near the Syrian borders.

It was an enjoyable, memorable and encouraging experience for all of us as well as profitable time with FAU team in Germany. (Aryaf Al-Rousan) 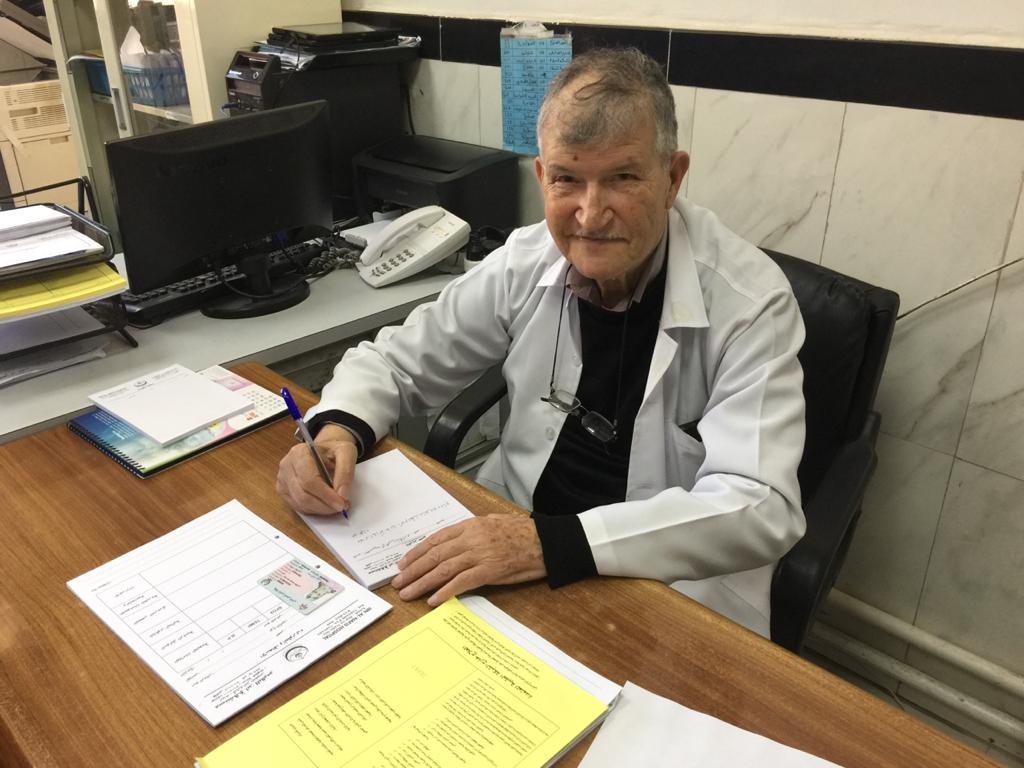 Mrs. Al-Rousan, you visited FAU as part of an Erasmus Staff Week. How was it for you to come to the place where your father spent such an important time of his life?

I was over-excited to visit the place where my father studied in 1957 and spent the good days there to become a famous physician in Irbid-Jordan. I arrived at the Anatomy building and went up the stairs where my dad took his classes and wandered across the building and lobbies. My dad was escorting me – thanks for today’s technology – and he was describing the details for me via the video call. I cannot describe the nostalgia that brought up all the memories and took him back to a time of his youth which was simpler according to him. Walking around the streets allowed him to revisit that wonderful feeling of youthful certainty. 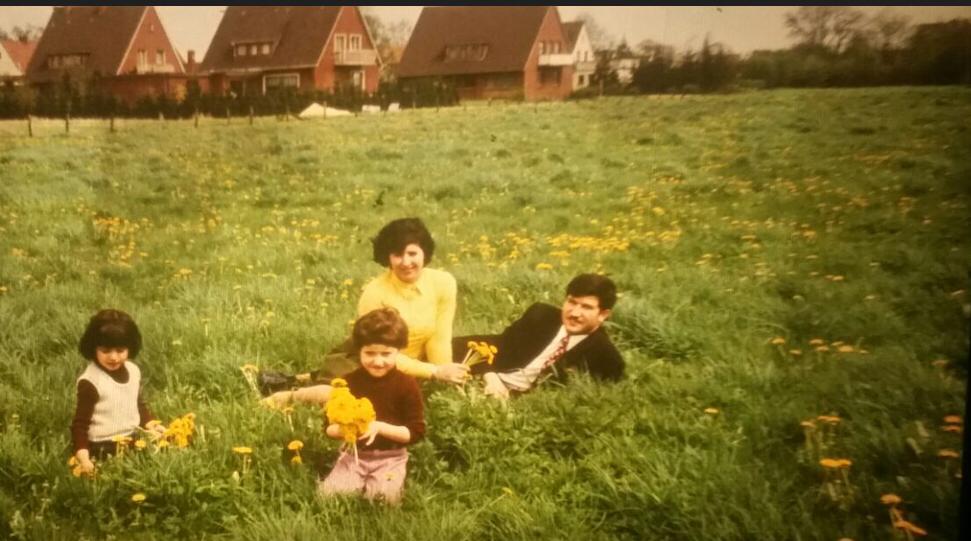 Aryaf Al-Rousan spent part of her childhood in Germany. This photo, which shows Aryaf with her sister and her parents, is from this time. (Picture: private photo)

We were welcomed by a warm reception and gracious hospitality on our Staff Week. Without Mrs. Köndgen’s advice and the International Relations Team and constant attention to detail, we would not have enjoyed ourselves nearly so much, and the team was so considerate by helping us make the best use of our limited time to see the country and learn more of the German culture. It was an enjoyable, memorable and encouraging experience for all of us as well as profitable time with FAU team in Germany.

To visit a university founded in 1743 is something unique and superb. It is an academic landmark. We visited the three campuses of FAU in Erlangen, Fürth and Nürnberg; it highly embraces a diverse and international community of students. A great achievement for FAU: according to the Reuters 2018 ranking, FAU is the most innovative university in Germany. Bavaria is the most prosperous state in Germany, and one of the safest. FAU is an internationally valued partner when it comes to joint research projects and student exchange. Furthermore, FAU is one of the best performing universities in Germany concerning research and is thus a major world hub in this connection

Erlangen is a welcoming city, our visit coincided with the New Year celebrations where the Marktplatz was turning magical, with twinkling lights and the aroma of Glühwein and the smell of the Lebkuchen and the sound of festive cheers. Despite the cold weather, I enjoyed my stay and also recovered a lot of memories from my childhood in Cloppenburg.

Thank you for the interview, Mrs. Al-Rousan and Dr. Al-Rousan.