Anja Karliczek, Federal Minister of Education and Research, has made milk churns a talking point. Ever since she declared in an interview in November 2018 that 4G network coverage is enough and that 5G doesn’t need to be available on every milk churn, the historical device has come to represent discrimination faced by rural areas. There was significant outcry in the media, not only from the German Farmers’ Federation. Many were left wondering what the minister actually meant. Was she sending a signal to network operators that the state would not insist on the rapid expansion of 5G in unprofitable areas? Did she simply want to keep a sense of proportion? Did she intend to promote sustainability? Was she even trying to protect rural areas from the seemingly inevitable increase in the pace of life?

One thing is clear, growth is not only the basis of our current economic system – when it comes to computing power and data volume, it’s inevitable. Gordon Moore, co-founder of Intel, predicted in 1965 that the complexity of integrated circuits would double every year, and adjusted this prediction to once every two years in 1975. ‘Moore’s law’, which describes the exponential increase of the density of circuits on a computer chip, still applies today. ‘The data transfer rate doubles every two years, and wireless data transfer volume doubles almost every year,’ says Prof. Dr. Georg Fischer from the Institute of Electronics Engineering at FAU. He also believes that exponential growth in the IT sector is not a threat from a scientific point of view.

Large sections of society could, however, feel threatened, especially after the coronavirus pandemic. This not down to the crude internet conspiracy theories which suggest that 5G technology triggered the pandemic, leading to attacks on network base stations in Germany and in some other European countries. Nor is it because some non-medical healing practitioners and doctors have warned of the effects of millimetre waves. It is not even because we are justifiably concerned about our health. It is because the population now has a better understanding of the consequences of exponential growth and because the limits of growth on a global scale are becoming increasingly apparent as a result of the climate crisis. 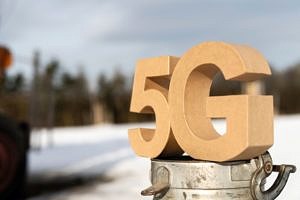 The fear surrounding the impact of 5G on society may therefore actually increase. However, the 5G network is too complex to be reduced to one single new piece of ominous technology. ‘5G is much more than the Olympic principle of ‘higher, faster, further’. It’s more of a modular concept, a Swiss Army knife or a technology that solves many problems,’ says Fischer. The transition from 4G to 5G is much easier from a technical perspective than from 3G to 4G. ‘Network operators are, of course, selling this new standard as a huge leap forward.’ Fischer, an expert in electronic engineering and a member of the scientific committee of the 5G Bavaria initiative at Fraunhofer IIS, explains that three connected use cases (emBB, mMTC, URLLC) coupled with the state control of mobile networks are the cornerstones of 5G.

eMBB (enhanced mobile broadband) increases the data transfer rate to more than ten gigabytes per second. A film in HD that is one hour long can be downloaded in six minutes with 4G, but with 5G this download takes only six seconds. This significantly higher data transfer rate makes it easy to work or play games online. Rapid data transfer rates are also opening up new opportunities in the field of augmented reality (AR), where three-dimensional videos are expanding our perception of reality. Using AR smart glasses, visitors to an archaeological site can wander through the past in real time, hear accounts from contemporary witnesses who never spoke their language, and enter buildings where only historical ruins stand today.

mMTC (massive Machine Type Communication) can connect more than a million devices per square kilometre which makes the Internet of Things possible. ‘Every parking meter, every street lamp, every car park and public rubbish bin will eventually have a wireless internet connection,’ predicts Fischer. There are no limits to automation in a smart city. In this new world, your fridge will automatically order more milk and butter before you run out. Direct communication between manufacturing, logistics and the end product will also benefit the Industrial Internet of Things (IIoT).

URLLC (Ultra Reliable Low Latency Communication) focuses on short response times and reliable data transfer. The aim is to achieve a latency period of under one millisecond and data transfer reliability of 99.99 percent for 32 bytes of information within a thousandth of a second. This technology enables machines and industrial plants to be controlled in real time. It also enables automated driving, computer-aided operations and mobile network access without disruption even at 500 kilometres an hour.

‘Short latency periods are essential for wireless digital communication in the multimedia sector,’ explains Fischer using a drummer in a band as an example. Without the support of electronic devices, he hears his own drum beat after about two milliseconds, which is equivalent to the speed of sound. However, if the sound first has to be transmitted to the mixing desk and then back to his headphones, the latency period is longer.

‘A delay of more than five milliseconds between the microphone and the headphones would drive the drummer crazy,’ explains Fischer. The 2G, 3G, and 4G mobile communication standards cannot achieve speeds under 100 to 200 milliseconds, which is why the music industry has mostly been using analogue radio systems until now. 5G would meet the drummer’s requirements.

On the whole, the 5G standard seems to offer the technical means to provide users with precisely the functions they need. There has also been a significant change in the regulations governing mobile communication technology. In the past, only national networks were feasible but local 5G networks can now be set up for specific purposes. Fraunhofer Gesellschaft is currently operating such test networks in Rosenheim and at Nordostpark in Nuremberg. A campus network would also be feasible for FAU.

The development of digital infrastructure today is just as important as it was in building motorways, railway stations and business parks in the past

‘My impression is that the public only considers the technology and underestimates the influence of regulation,’ says Fischer. The problem of a lack of network coverage in rural areas could be solved, for example, if the state forced mobile network providers to use the base stations of their competitors (national roaming). Or by the state demanding that operators extend network coverage to all areas. ‘A base station in the middle of nowhere doesn’t generate any income,’ continues Fischer. This is the reason why there are still gaps in coverage.

‘As is the case with the automotive industry, the state does not make full use of its regulatory powers over mobile network providers,’ says Fischer. He believes rural areas would benefit most at the moment if the 4G network was quickly expanded. ‘All we need to do is to invest some money, put up some base stations and ensure they have a high-speed connection to the main network.’

Prof. Dr. Tobias Chilla, who is a geographer at FAU focusing on regional development, criticises the message behind the discussion about 4G and 5G. ‘Suggesting that 5G is not necessary in rural areas is something I find rather bizarre,’ he says. The state is obliged by the constitution to ensure ‘equal living conditions’ for everyone. The development of digital infrastructure today is just as important as it was in building motorways, railway stations and business parks in the past,’ says Chilla. 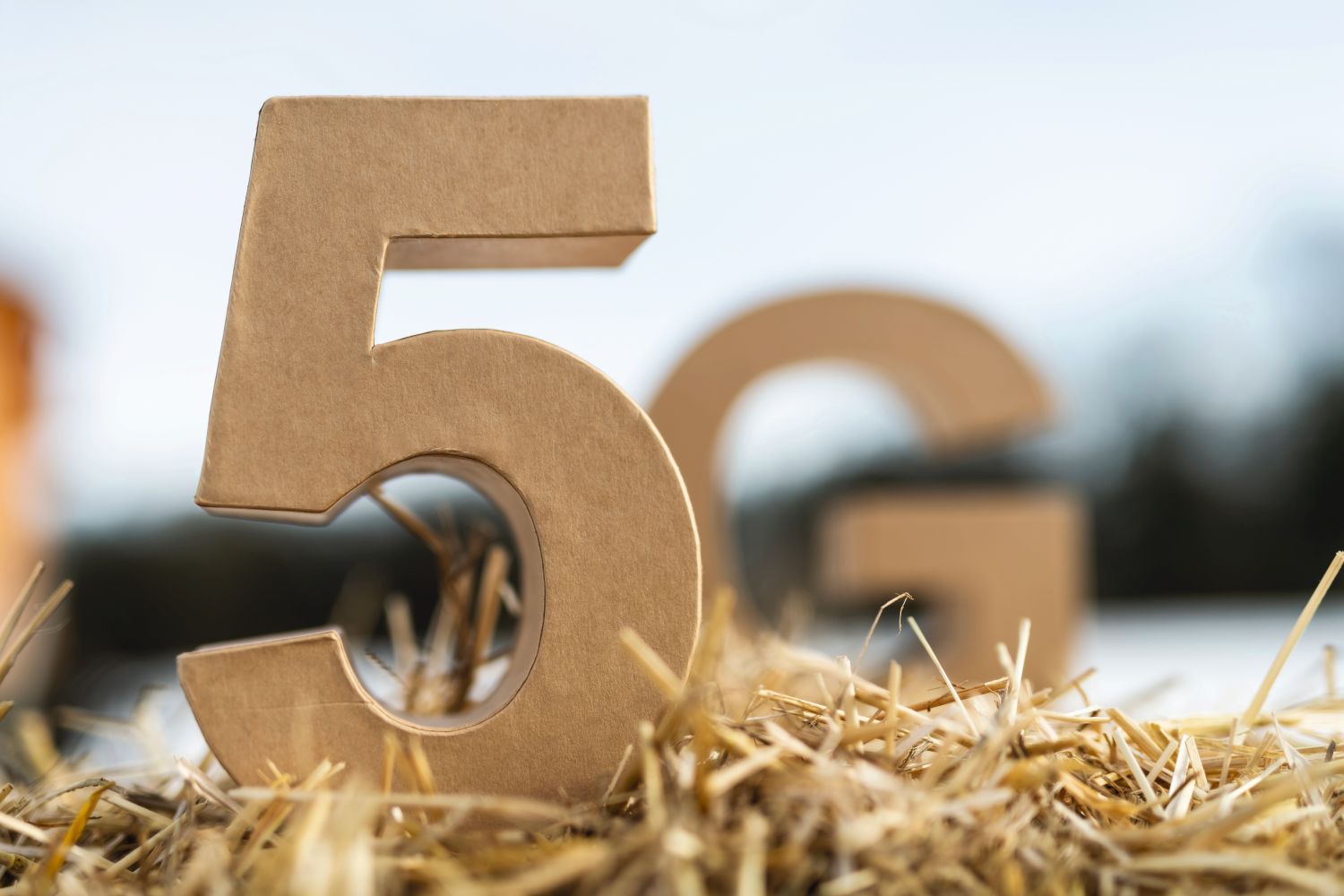 Agriculture will not be spared from digitalisation either, for example due to ‘smart farming’. Chilla also believes that automated driving could be used to ensure that small populations and comparably older people stay mobile in rural areas. Working from home is also a viable alternative for people who live in the country but work in cities. However, this all requires a well-developed digital infrastructure.

And we also need to protect the strengths of existing infrastructure. Rural areas in Southern Germany, Austria, Switzerland and Northern Italy are very well developed even when compared to other countries on a global scale. Many medium sized companies are based in these areas that offer good salaries. In comparison, the situation is often precarious in the rural areas of centralist states such as France where cities are overstretched.

A digital divide between cities and rural areas must be prevented according to Chilla. ‘Germany’s digitalisation strategy has not been particularly effective.’ In his opinion, the state must do more: ‘Many railway routes and motorways are not profitable either’.

Prof. Dr. Sabine Pfeiffer from the Chair of Sociology (Technology, Labour and Society) at FAU agrees with this assessment. ‘In the past, the state felt responsible for infrastructure. Today, it leaves it up to the market and the market bases its decisions on economic factors,’ she says. She believes the state is withdrawing its support in the wrong place. Poor network coverage or no network coverage is one of the reasons young people are leaving rural areas to move to cities. ‘We must be very careful that everyone is given access to new technology.’ Politicians must not leave gaps on the network coverage map and in society and risk creating parallel societies. If technology is one requirement for participating in society, it’s important that it’s accessible to everyone,’ says Pfeiffer.

Children in families who cannot afford a laptop and an unmetered connection are more severely affected by the coronavirus crisis than those who can. ‘In Germany, we’re very good at creating complex systems such as mobile phone networks, but not very good at ensuring all sectors of society can use these systems,’ says Pfeiffer who has been a member of the Research Council of ‘Plattform Industrie 4.0’ since 2016.

She believes the public also has a right to be involved in risk assessments. ‘Politicians are obliged to take people’s concerns about the potential health hazards associated with 5G seriously and on an equal footing.’ Simply labelling critics as ignorant is not enough – we need to dispel their concerns with good reasoning.

When dealing with the health risks of a new technology, we must be aware that the concerns raised must be based on the current state of research: ‘Fears about the thermal effects of the radiation used in 5G are completely unfounded,’ says Fischer. The limits have been set at almost paranoid levels he says. ‘It leads to increases in body temperature that are typically no higher than 0.001 degrees. If you sit near the fire in winter or put your hand on a radiator, the rise in body temperature is much higher than would ever be possible from mobile phone technology.’

‘And if there are any negative effects – something which has not yet been proven by research – then I think these are more likely to be caused by the athermal effects,’ explains Fischer. These effects could occur, if at all, only by 2G systems such as GSM and TETRA. 3G (UMTS), 4G (LTE) and 5G mobile communication standards do not have the same pulsing.
‘If we ever succeed in finding scientifically sound proof of athermal effects, 2G is more likely to be affected than 5G. According to the current state of scientific knowledge and technology, 5G has no negative effects on health,’ emphasises Fischer. Maybe this is one more reason to put 5G on every milk churn after all.

Mathias Orgeldinger holds a doctorate in biology and is a freelance journalist. He writes and photographs for various newspapers and magazines.