Research topic: Enrichment of critical metals in the Earth’s crust 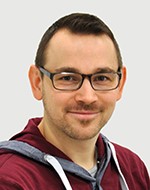 Ensuring sufficient supply of critical metals for the transition to renewable energy and for a sustainable future is a major challenge for the European Union. However, increased use of renewable energy and electrification requires large quantities of raw materials such as copper and cobalt and it will take several decades to meet this demand via recycling. This means these metals must be sustainably mined and our research is making a considerable contribution to finding the best deposits and processing methods. We are investigating the distribution of metals and semi-metals in the Earth’s crust and use modern methods of analysis to understand the transport and enrichment of these elements. Looking to the future, we want to contribute to securing the supply of critical metals as well as increasing the sustainability of mining processes. 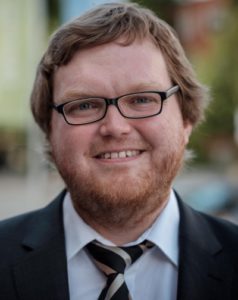 Variation is a central feature of natural languages. Up until now, very little research has been conducted into how flexible historical writers in the general population were in their use of language. In my research group, we are collating a digital corpus comprising mainly of letters from patients in German and British psychiatric hospitals in the 19th century, which were often not sent to their intended recipients and are still in the archives. As the letters are from individuals and addressed to various recipients often over a longer period of time, these texts are particularly suitable for analysing variations produced by individuals and changes in language, which can also be influenced by ageing and various medical conditions. 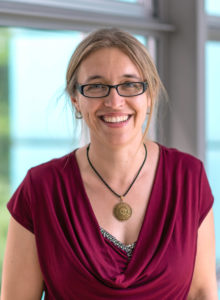 Name of junior research group: Retroviral pathogenesis with a focus on HTLV-1 and adult T-cell leukaemia

Our working group focuses on the transmission and pathogenesis of the tumour-initiating retrovirus human T-lymphotropic virus 1 (HTLV-1). More than 10 million people across the globe, particularly in South America, the Caribbean, Japan, Sub-Saharan Africa and Central Australia, are infected with HTLV-1, with the majority of them unaware that they have contracted the virus, as the infection does not initially display any symptoms. After ‘slumbering’ undetected for decades, however, the virus can trigger serious diseases such as an aggressive form of leukaemia. Our junior research group, which has received funding from the Federal Ministry of Education and Research, focuses on obtaining a better understanding of how HTLV-1 is transmitted via bodily fluids containing cells such as breast milk. Breast milk offers a wide range of health benefits, and in a number of the countries in which the virus is widely spread limited resources mean that using replacement products is simply not an option. The long-term aim of our working group is therefore to develop preventative strategies which effectively combat the HTLV-1 infection whilst still allowing breastfeeding. 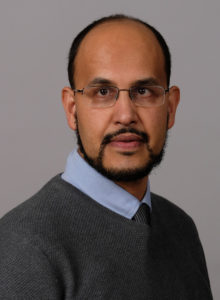 My research project focuses on exploring patterns of self perception and ascription of certain characteristics by others to members of large clans in Germany with family roots in the Middle and Far East. I hope to investigate in more detail areas which research has until now neglected, such as the bouncer milieu, the weight lifting and martial arts communities, certain areas within the gangsta rap scene and the societies flourishing around shisha bars. The aim of my research is to gain well-founded and detailed scientific insights into subcultural lifestyles and habits of the various groups. I hope that this fundamental research will lead to a better understanding of clan structures, how they interact with each other, the attitudes of various generations within the clans and their interactions in and with what we refer to as the majority society. 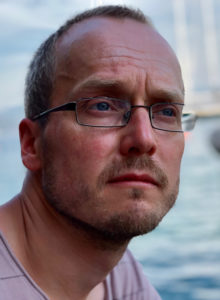 Research topic: The strategy for the future for global alpine glacier prognoses

The retreat of glaciers worldwide is increasing and the loss of ice associated with it has been dominating the contribution of the cryosphere to changes in sea levels for decades now. Glaciers have become symbolic of the effects of climate change in general. In our working group, we are developing a new and consistent method for dynamic predictions of ice levels in glaciers all over the world under future global warming conditions. Systematic use of the flow of information from satellite remote sensing is at the heart of this modelling method. Transient assimilation techniques are used for this purpose. As is the case with predicting the weather, every single measurement taken will be incorporated into the forward simulation in real time to provide as much data for the prognoses as possible. 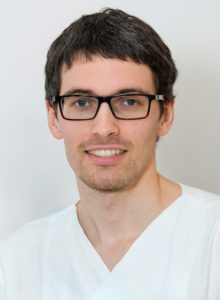 My research group deals with chronic inflammatory bowel diseases such as Crohn’s disease and ulcerative colitis. In these diseases, an interaction of environmental factors with genetic factors leads to an abnormal immune reaction in the intestine, which leads to recurrent inflammatory flare-up. It is not currently possible to cure the disease with medication. Our group is particularly interested in the migration of immune cells in the context of disease. These processes can already be successfully influenced using medicines, but they have not yet been sufficiently researched. Our group therefore hopes that our work will enable a more effective use of existing drugs with minimal risk of side effects and contribute to the development of new drugs in this field. 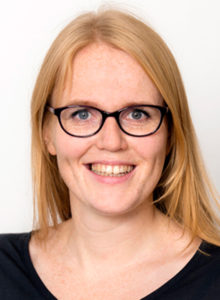 Statistics and data science are becoming an increasingly important part of most areas of science. In my research group, we focus broadly on the development of methods that are versatile for analysis and prediction. In this process, we use different types of statistical modelling, including Bayesian inference and statistical learning methods, which represent a mixed approach of machine learning and traditional statistics. Here we attach particular importance to the interpretability and applicability of the models – what happens to variable A when different variables B, C, D,… change in a certain way, which of these influencing variables are needed at all to predict A and what is the uncertainty in this context. We then verify the models through simulation, but also apply them to research questions, mainly in the field of medicine. 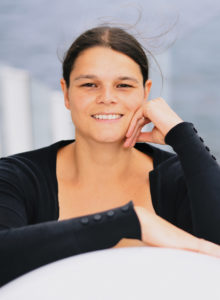 Nadja Ray works in the field of applied mathematics. She is interested in multiscale modelling and porous media applications. She focuses predominantly on problems featuring evolving microstructures, e.g. due to chemical dissolution-precipitation reactions. Moreover, in one of her projects, she investigates factors of influencing the formation and turnover of soil microaggregates, and their impact on soil functions. 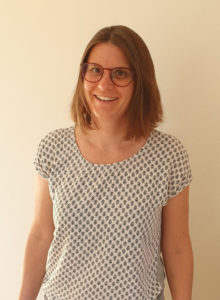 Research topic: From acute to chronic – in search of neurophysiological markers of tinnitus

How can our brain perceive a tone that is objectively undetectable? This issue is highly relevant to about 20% of our population suffering from chronic tinnitus. Perception is not an accurate representation of the surrounding environment, but an active process of our brain, with which we interpret our environment and which, in the case of tinnitus, can lead to phantom perception. My Emmy Noether research group aims to find out which processes in the brain cause tinnitus to develop and become chronic. We are investigating this by recording activity at different stages of tinnitus development, at rest or while subjects perform tasks, during conditions such as drawing their attention to or away from the tinnitus or being in a positive versus negative emotional state. In this way, we hope to better understand which neural processes lead to the perception of a sound and how the unwanted perception of a phantom tone could be effectively treated. 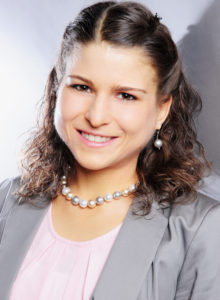 Our research deals with the mechanics of the brain. While mechanical aspects have been neglected for a long time in brain research, according to the latest findings, they play an important role in brain function. An exciting example is the distinctively folded structure of the human brain, which is essential for higher cognitive functions. We propose that mechanical forces contribute to the folds in the human brain, which originally has a smooth surface. By combining experimental methods, modelling and simulation, we are developing computer models to help diagnose diseases and optimise treatment methods. 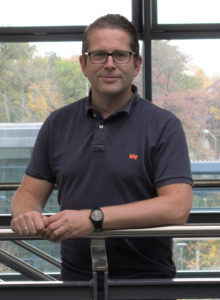 Research topic: Macrophages as the first line of defence in leukaemia and lymphomas

In most tumour diseases, numerous macrophages (the feeding cells of the immune system) are in close proximity to the cancer cells. Although macrophages are theoretically able to recognise and eliminate tumour cells, they often no longer perform this task correctly. In our working group, we investigate which mechanisms macrophages use to detect and eliminate tumour cells, and whether these mechanisms are dysfunctional in the macrophages in the tumour, especially in lymphoma diseases. We are particularly interested in phagocytosis and the uptake of tumour cells. The long-term goal of our working group is to reactivate the macrophages in the tumour therapeutically for tumour control.