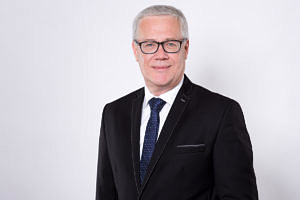 Permanent Representative of the Chancellor according to Section 23 (4) of the Bavarian Higher Education Act (BayHSchG):

He was Chancellor at the European University Viadrina from 2007 to 2017. In 2007, he also became involved in the IT working group of the national association of university chancellors for the first time and has been a member ever since. He was director of the working group from 2014 to 2018.

He has also been a member of the board of the German National Research and Education Network (DFN) since 2018.

He was appointed Chancellor of FAU in February 2017.